It’s been nearly a month since the Nashville Film Festival. The local film community, however, still seems to be in the festival’s wake. Bringing together patrons and partners in the arts, the festival lays a proverbial red carpet right here in the beautiful Green Hills area for guests all over the world to attend. In a period of 8 days, over 250 films are screened in a showcase of some of the finest independent movies the year has to offer.
This festival is important for so many reasons. It gives the artists in a still-budding film community the exposure and support they need to continue producing excellent work. It provides a platform for our city to raise it’s cultural standing, as film is the hybrid that brings thought, image, and sound together in harmony. And most importantly, it offers those interested in the arts an opportunity to broaden their horizons and experience creativity and expressions that would remain otherwise unavailable.
This was my first year in attending the Nashville Film Festival. As both a filmmaker and film critic, I’m on a never-ending search for a new experience. New thoughts and sensations that help me not only better understand the world, but actually appreciate it.

Considering myself a pretty eclectic person, I was taken by the mantra of the festival: “Something For Everyone”. I used to say that about movies as a generalization, but as I look around the movie theaters of today and what they’re currently showing, I’ve observed a growing trend in more and more people walking out of a movie with a look of disappointment. 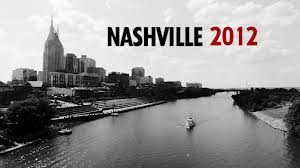 Laugh. Cry. Think. Feel. The aim of any piece of art. Those are the things we’d like to do more frequently. To have an emotional experience. To get to know ourselves and each other better. To see our world with a little more clarity.

As a critic, I’m often asked about my thoughts on certain films. People look for answers for movies, almost as if they’re guarantees. I can never guarantee that someone will have the same experience I have with a movie.
I can guarantee, however, that in a program as diverse as the Nashville Film Festival, that there really is “something for everyone”. From music videos and documentaries to short and feature films, the spectrum of cinema is covered in every genre. It is with that that I would like to encourage everyone to visit http://www.nashvillefilmfestival.org/ to keep up with festival events and donate if possible.
It is on that note that I’d like to share my top picks from the festival. To keep up with the films and filmmakers, you can find the entries at the film festival website or via their social media.
See you next year at the festival
Justin Stokes
My 2013 Nashville Film Festival Top Picks:

Magic Camp – Go behind the scenes at Tannen’s Magic Camp, where, every summer, young magic lovers learn how to become professional magicians. Each year, the top four campers are selected for the finale. As they prepare to perform on the same stage that made superstars of David Copperfield and David Blaine, they learn that they need to believe in themselves and find the magic within.

Nashville 2012 – From a year of documenting Nashville’s communities, spanning from underground wrestlers and street musicians to environmental activists and empowered immigrants, this accumulation of gritty narratives combine for an intimate portrait of a city.

Folk – “Charles Seeger, Pete’s dad, used to say you measured a country by the number of people who made music, who played and sang. We need to get back to that, to a culture where people make music for joy, not for money.” — Dave Marsh, Music Critic, in FOLK
Three singer-songwriters, at dramatically different stages in their careers, navigate the thriving subculture of American folk music. FOLK follows twenty-something Raina Rose, thirty-something Hilary Claire Adamson and sixty-something Dirk Hamilton as they confront relationship and financial challenges in their own lives while struggling to be heard in a quirky, colorful world of small town house concerts, jammed 24/7 folk conferences, and tiny bars and festivals set well back along the blue highways of America. The days when Guthrie and Dylan wrote the songs that changed America may be behind us, but Raina, Hilary and Dirk prove through their own lives and songs that folk musicians today still amplify the themes that resonate through our lives and across our cultural landscape — re-defining success in the face of failure, finding wholeness in an increasingly fragmented world, and magnifying our humanity during times that would tear us apart.

(Who Framed Roger Rabbit) toiled for more than a quarter century on his masterpiece – only to have it torn from his hands.With astonishing access to archival footage, PERSISTENCE OF VISION is a tale of creative genius gone awry and the untold story of the greatest animated film never made.

Unfinished Song – the funny and inspiring story about Arthur (Terence Stamp), a curmudgeonly old soul, who is perfectly content sticking with his dull daily routine until his beloved wife (Vanessa Redgrave) introduces him to a local seniors singing group. The group is led by the youthful and charming Elizabeth (Gemma Arterton), and her unexpected friendship with Arthur reignites his passion for new adventures and shows us all life should be celebrated at any age.

Kon-Tiki – The story of legendary explorer Thor Heyerdal’s epic 4,300 miles crossing of the Pacific on a balsa wood raft in 1947, in an effort prove it was possible for South Americans to settle in Polynesia in pre-Columbian times.

Kings of Summer – This a unique coming of age comedy about three teenage friends – Joe (Nick Robinson), Patrick (Gabriel Basso) and the eccentric and unpredictable Biaggio (Moises Arias) – who, in the ultimate act of independence, decide to spend their summer building a house in the woods and living off the land.

Worm – Socially awkward Charles lives in a world where we have lost the ability to dream. He longs for friends and love but has to settle for an over-bearing Father and a cosmetically-challenged dog. When the miracle product Fantasites, a parasite that returns our ability to dream, hits the market, the world quickly gets swept up in the phenomenon and Charles is no exception. Charles sees the trendy product as a way to connect with the friends he’s always wanted and finally get June, the girl of his ‘dreams.’ 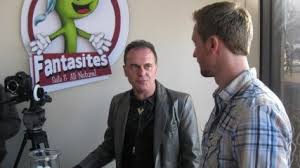 But, Fantasites aren’t without controversy. Fun-loving fantasies ultimately give way to disturbing side effects, and when the product disappears from shelves, users go to horrific lengths to keep their brains detached from reality. Charles soon finds himself struggling to keep the life he’s dreamed about from squirming away.

Jug Face – The pit has spoken. Dawai, the potter of a backwoods community, has crafted a face on a ceramic jug of Ada, the person the pit wants sacrificed. But she is determined to save her unborn baby and unleashes a creature from the pit onto the village.

Country of Wolves – A hunting excursion evolves into an otherworldly encounter, as two brothers navigate the spirit realm in this ethereal and haunting animation that celebrates the ancient art of Inuit storytelling.
Feral – A wild boy is found in the woods by a solitary hunter and brought back to civilization. Alienated by a strange new environment, the boy tries to adapt by using the same strategies that kept him safe in the forest.
In Hanford – In Hanford is artist Chris Mars’s fantastic exploration of real incidents in Hanford, Washington, where the local environment was poisoned as a result of cold war era nuclear arms manufacture. 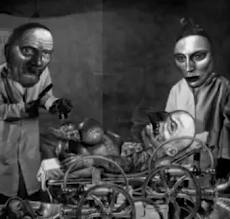 Sleight of Hand – A Man yearns to know his place in the world and how he fits in, when sometimes it’s better not to know.

Yardbird – A young girl who lives in a remote wrecking yard is forced to take on the town bullies when they travel out to torment her father.
The Pale of Settlement – Set against the backdrop of the Crimean War, follows the trials of a young Jewish peasant boy, Moische, who must escape forced conscription into the Russian army at the hands of khappers, bounty hunters, sent to capture him.
Physics – When Rona and Sandi (9) find the God Particle on the beach they think it may be able to bring energy back into their run down town.
Firefly and the Coffee Machine – Characters from a series of drawings by an eight year old girl are transformed into an animated story.
Cleaner Than Most – When life’s got you down, sometimes all you need is a hooker and some fried chicken.