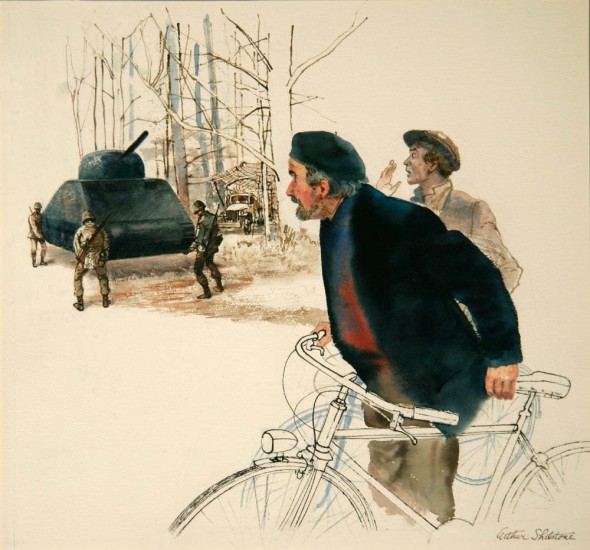 Does art have a role in war? If so, what is it? The Ghost Army, coming to NPT on Tuesday, May 21, at 7 p.m., offers one possible—and stunning—answer. During World War II, a handpicked group of American GIs undertook a bizarre mission to create a traveling road show of deception on the battlefields of Europe, with the Nazi German Army as their audience. The U.S. 23rd Headquarters Special Troops used inflatable rubber tanks, sound trucks, and dazzling performance art to bluff the enemy again and again, often right along the front lines. This little-known unit’s knack for trickery was crucial to Allied success in World War II, but their top-secret mission was kept quiet for nearly 50 years after the war’s end. Using archival footage of this top-secret unit, dozens of still photographs, paintings, and sketches created by “ghost army” soldiers during the war, as well as interviews with veterans of this special unit, The Ghost Army tells their extraordinary story for the first time on film and demonstrates the power of creativity and of the WWII soldiers who found a unique way to employ it to save lives. 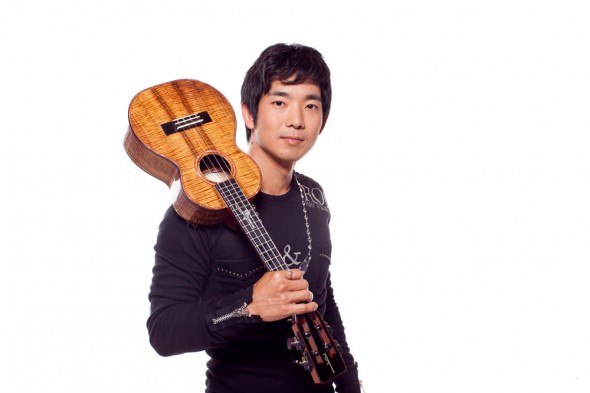 Perhaps thanks to pop artists like Jason Mraz and Train, the ukulele is having a bit of a moment. But this is no toy instrument. It has a storied history and, in the hands of a master, is capable of producing incredibly complex music. Jake Shimabukuro (pronounced she-ma-BOO-koo-row) is one such master. Through jaw-dropping performances of improbable compositions like the Queen classic “Bohemian Rhapsody” shared by millions on YouTube, the inspiring and inventive musician has transformed all previous notions of the instrument’s potential. In intimate conversations with Shimabukuro, Life on Four Strings, directed by acclaimed filmmaker Tadashi Nakamura and airing on NPT Friday, May 10, at 8 p.m., reveals the cultural and personal influences that have shaped the man and the musician. On the road from Los Angeles to New York to Japan, the film captures the solitary life on tour: the exhilaration of performance, the wonder of new found fame, the loneliness of separation from home and family.
Independent documentary fans have had an incredible season of Independent Lens to revel in this season, and the quality continues Monday nights at 9 p.m. this month with three new films, including an Academy Award nominee. On Monday, May 6, it’s Seeking Asian Female, the touching love story between an aging white man and the Chinese bride he finds online. May 9 brings the Academy Award-nominated The Invisible War, an expose of the epidemic of rape and sexual assault and its  cover-up within the ranks of the U.S. military. 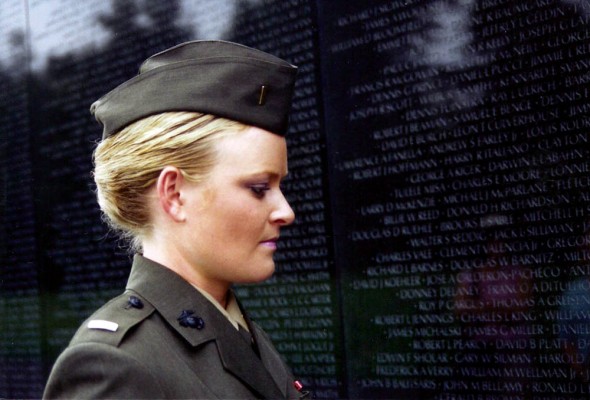 Following a Monday night break to give room to American Masters to profile legend Mel Brooks on May 20, Independent Lens returns Monday, May 27, with Detropia, which follows the efforts of Detroit residents working to create a radically new post-industrial city. Sunday nights in May come with a fun new half-hour series celebrating the fresh, innovative work of film-school students from major institutions like NYU, Columbia University, UCLA, USC, and the University of Texas that has wowed audiences at Cannes, Sundance, Toronto, Telluride, and SXSW. Film School Shorts, airing Sundays at 10:30 p.m. beginning May 12, offers a selection of shorts grouped together around a central theme or topic, including Okay, Cupid (May 12), Growing Pains (May 19), and Letting Go (May 26).