Looking Below the Obvious 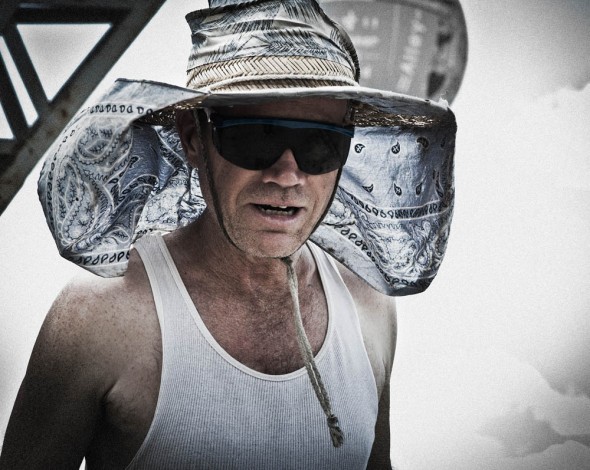 Words and pictures by John Guider

What if . . . What if an artist decided to create his life’s work on one continuous stream of fabric? How long would that be? What if a writer or a musician composed all of his thoughts into one single work or if a sculptor combined all of his efforts into one piece? Would that even be possible? The answer resides in Brownsville, Tennessee, a rural community lodged among the cotton fields of the fertile delta lands about halfway between Nashville and Memphis, not all that far from the birthplace of such notables as Alex Haley and music legend Tina Turner.

Billy Tripp is a quiet man, not because he is an introvert but because he has little time to sit around and chat. He recognizes time as a commodity more precious than money and is determined not to waste a minute of it, although, by his own  account, he feels he usually does. Next to time, he values his freedom of expression most, and that is where his art comes into play. He wants his work to be the proxy for his side of the conversation. It will tell you how he feels about all manner of things: life, death, and much that goes on in between. 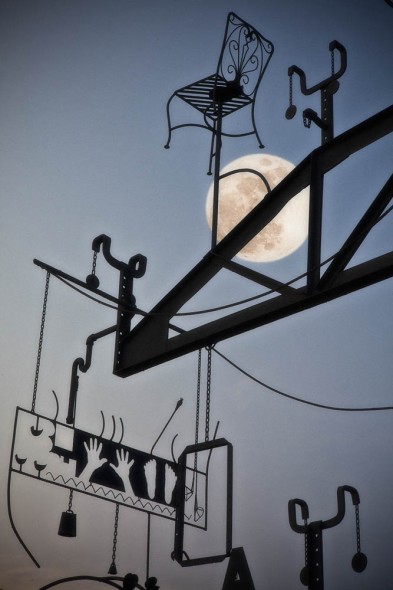 Billy doesn’t do small. His first book, the semi-autobiographical novel The Mindfield Years, is 725 pages long. And that is only Volume 1. His public sculpture, The Mindfield, is already prodigious enough to fill an entire football field, and he is not close to finishing that either. It must be noted that few sculptures in the world are as visible from the satellite photos
used in Google Earth as The Mindfield is.

Defining Billy Tripp as an artist is difficult. He likes the moniker ‘outsider’. For me, Billy is too erudite for that. Uniquely Rural Middle American Existentialist is possibly a better title. His father, a Methodist minister, moved his family to Brownsville in 1963 when Billy was in third grade. Because of his parents’ education, Billy was introduced to the arts and culture in a way that transcends most schoolrooms. He took early interest in the work of Shakespeare and Tolstoy and still lists them among his favorite authors today. 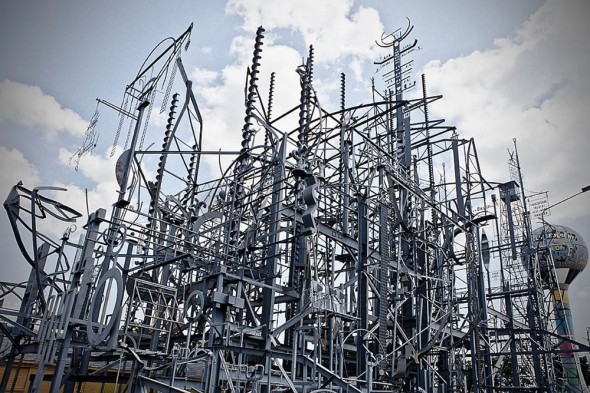 When asked about how his quest into metalwork began, he recounted one day when he was five: His father took the broken handle of the family lawnmower to a welder to be reattached. Upon the lawnmower’s return, Billy saw the shiny, golden-metal brazing of the restoration and was utterly fascinated. Academically his grades didn’t reflect his curiosity for learning, and his father, who held degrees from both Vanderbilt and Emory, expressed concern when Billy opted for trade school in welding over college. Billy gave in to his father’s expectations only briefly, taking classes from Jackson State Community College and the University of Memphis. But he stayed long enough to find his joy in the sculpture classes offered at Memphis.

Billy lived by himself in a room fashioned above his shop and began making yard art from the scraps of metal left over from his job sites. Then, in 1989, he was grabbed by the idea of combining his initial work and creating a sculpture that would continue to grow until he was no longer able to work. This notion was prompted by the work of Simon Rodia, who spent thirty years working on the famed Watts Towers sculpture in Los Angeles. Like Rodia, Tripp works solely by himself and is entirely self-financed.

” The Mindfield has put Brownsville on the international map. Billy continues to add and adapt his art, all the while drawing residents and visitors alike to his unique approach to sculpture. – Jo Matherne, Mayor Brownsville, Tennessee.” 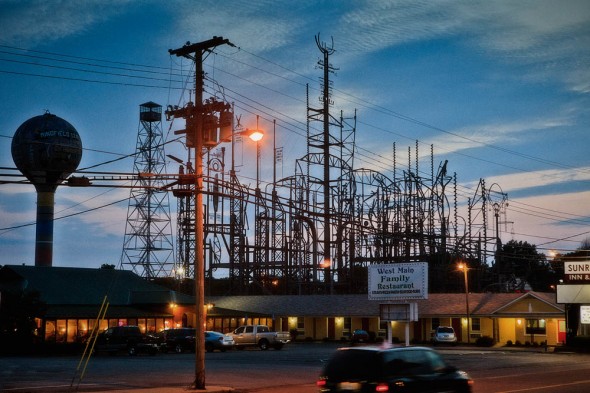 Originally Tripp envisioned The Mindfield as a cathedral, creating the tallest structure in homage to his dad. As the work evolved, Billy began to see
the superstructure of a giant ship take form. Last year’s addition of the aluminum canoe William Least Heat Moon used during part of the journey chronicled in his book River Horse helps to affirm the notion of a vessel within a vessel. The larger craft will carry him to the other world where the canoe will allow him to land at the chosen destination.
The Mindfield sculpture is an intricate blend of structural framework embellished with adornments fashioned by the artist. He uses the decorative elements to honor his parents; his wife, Beth; and other notables in his life, and to promote the ideals that are most important to him. The preponderance of hand and foot silhouettes interspaced throughout symbolizes the tools and toils of work and the long, slow walk through life. Tripp prides himself on being an environmentalist and a pragmatist, using only preexisting metalwork.
Throughout our lives we build our careers, form our relationships. The harder we work, the more we succeed. Billy’s art is a perfect example of what one person’s grit and determination can achieve. Go to Brownsville. Be prepared to be amazed, and while you are there imagine what you could do if only you put
your mind to it.
The Mindfield is located at 1 Mindfield Alley, Brownsville, TN 38012. For more information visit: www.sites.google.com/site/billytripp.