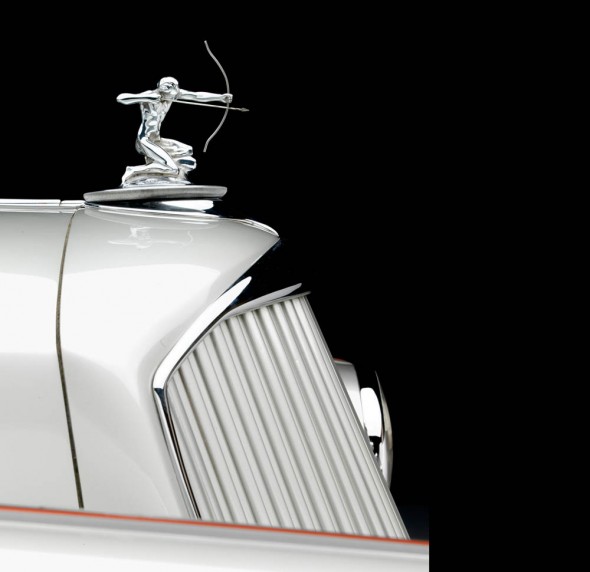 Sensuous Steel: The Art Deco Automobile at the Frist Center for the Visual Arts

The Frist Center for the Visual Arts in Nashville, Tennessee, is presenting Sensuous Steel: Art Deco Automobiles, from June 14 to September 15, 2013. Fine cars in a fine art museum date back to the Museum of Modern Art’s 8 Automobiles exhibition in 1951. But this is the first exhibit of Art Deco automobiles in recent memory.  And what stunning machines they are. 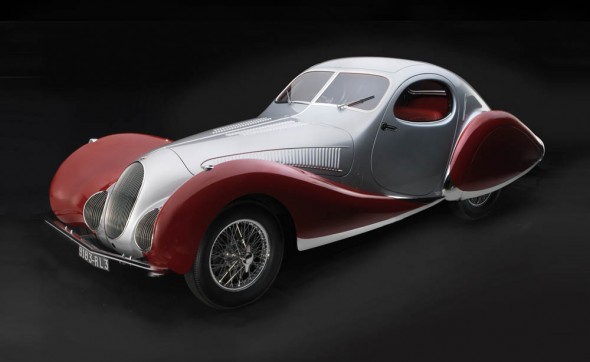 Making excellent use of beautifully rounded forms, often intermixing baroque elements like stylized rays of the sun and artfully melding gentle, flowing curves with razor-sharp edges, the Art Deco style was prevalent in the world of automobiles, especially in a few select marques and models. Many of those cars are considered classics today.

The Art Deco style was simple yet very elegant, and it’s evolving, streamlined dimension was considered quite efficient at the time. Art Deco styling influenced everything from the sleek passenger railroad trains and luxurious ocean liners of the period to residential and commercial architecture, especially skyscrapers, bridges, furniture, electrical appliances, countless decorative elements, all manner of signage, fashionable clothing, and, of course, automobiles of every pricing level and a few motorcycles.  Streamlining was equated with modernity as well as with aerodynamics. The automobile, a child of the twentieth century, was rapidly changing and evolving mechanically during that period. 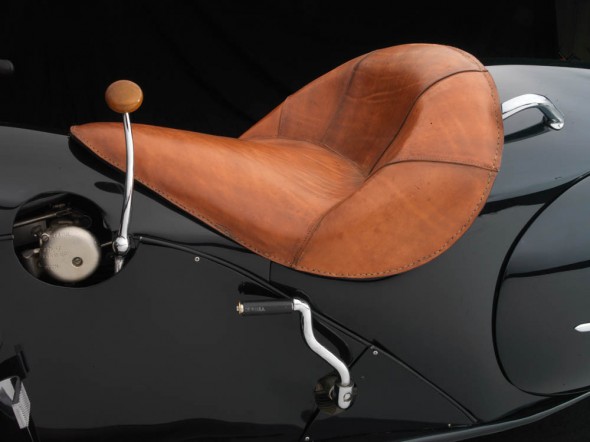 It became the perfect metal canvas upon which to express the popular Art Deco style. Writing in Hemmings Classic Car, Mark McCourt noted that “the vibrant promise of modernity and speed” was reflected not just in luxury goods, but in mass-produced items.  “Some brave and revolutionary cars paid tribute to the zeitgeist with their overall design concepts, but most showed their Machine Age influence in small ways, in subtle and glorious details.” Gary Vasilash, Editor in Chief of Automotive Design and Production magazine, agrees, saying, “The Art Deco style can be characterized as the combination of broad gesture and fine detail.” 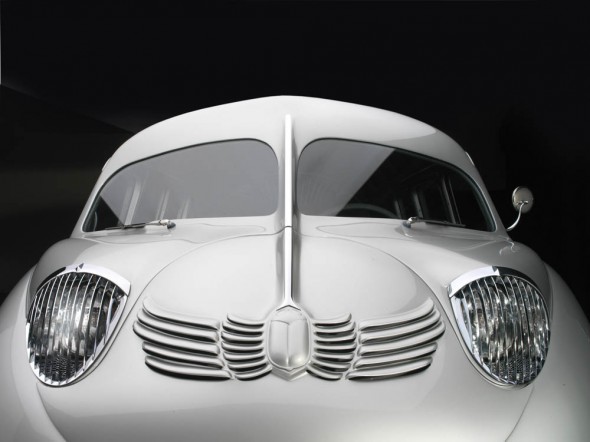 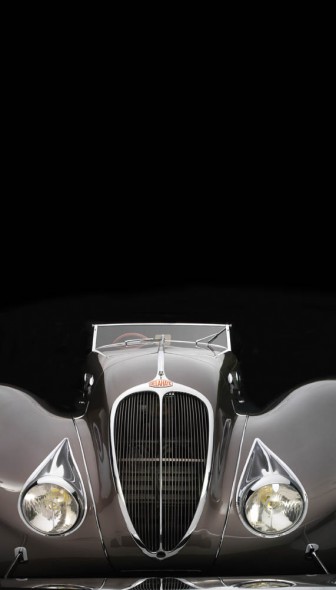 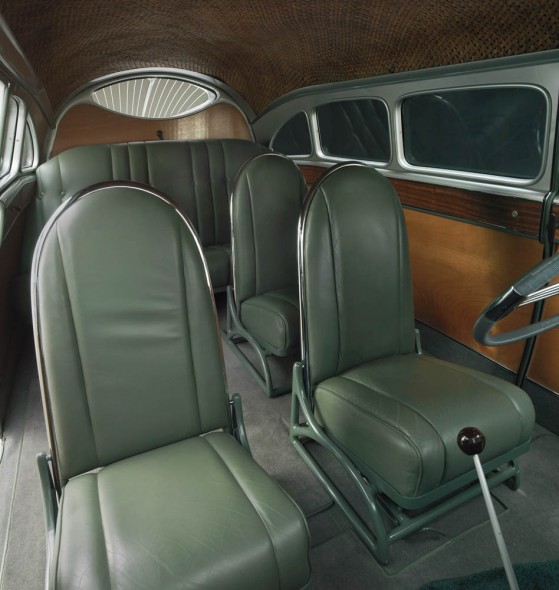 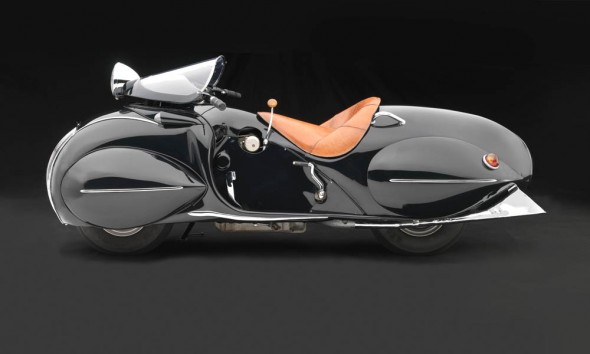 On hand will be a a sleek
1930 Bugatti Type 46 Superprofile coupe by Jean Bugatti that was greatly admired in its day, and many of its styling cues are still recognizable in modern cars. In the early 1930s, when upright, square-rigged autos were prevalent, Phillip O. Wright’s sleek Pierce-Arrow Silver Arrow and William Bushnell Stout’s beetle-shaped Scarab shocked onlookers.

These cars weren’t sales successes, but within a few years they were widely emulated. Edsel Bryant Ford, the son of Henry Ford, commissioned a one-of-a-kind roadster for his personal use. It will be one of the stars of the exhibition, along with a unique Henderson KJ Streamline concept motorcycle that represents a brave peek into the future on two wheels. On loan from the Collier Collection, the exhibition’s Delahaye 135MS roadster, with fully skirted fenders, custom bodied by Figoni and Falaschi, has been called “a Paris gown on wheels.” Cars like these will surely take your breath away. 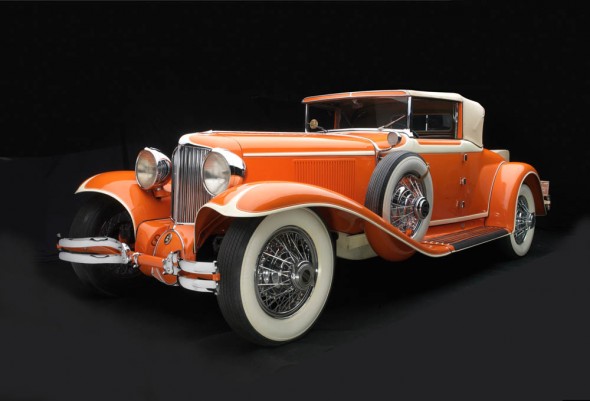 Sensuous Steel: Art Deco Automobiles presents the best of the Art Deco era, providing a close look at some of the great cars and motorcycles that define the genre. While these vehicles will be artistically displayed and spotlighted in the galleries of the Frist Center for the Visual Arts, itself an Art Deco building, it’s important to remember they are indeed rolling sculpture, really kinetic art, if you will, and capable of dynamic function. A beautifully illustrated catalog will be available with essays by Art Deco authority Thomas Mellins and Guest Curator Ken Gross. The studio photography is by Peter Harholdt. Art aficionados and auto enthusiasts alike will love this exhibition. 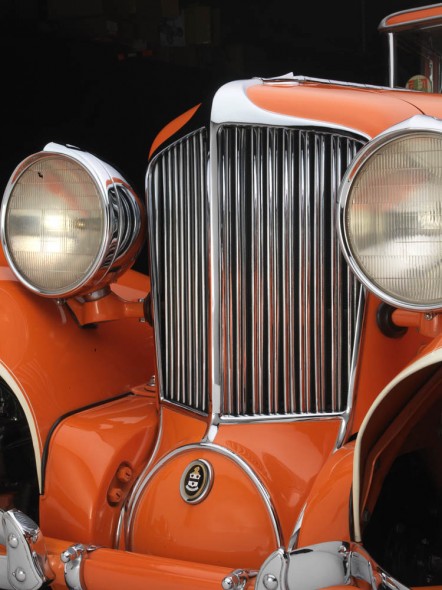 This article first appeared in the Spring 2013 issue of the Chicago Art Deco Society magazine. For more information about Sensuous Steel: Art Deco Automobiles at the Frist Center June 14 to September 15, visit www.fristcenter.org.

Which automobile is your favorite?