Jack Spencer: Beyond the Surface

Through richly toned and manipulated photographs, Jack Spencer explores the passage of time and its relationship to the mythical and fleeting nature of human experience. 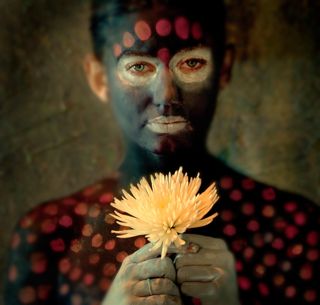 Jack Spencer: Beyond the Surface, at the Frist Center for the Visual Arts from July 12 through October 13, 2013, delves into Spencer’s interest in transforming the human form and landscape into repositories of mystery and memory. Spencer’s photos have been exhibited extensively; however, this is the first major museum survey of his wide-ranging body of work.

Exhibition curator Mark Scala says that Spencer’s work is primarily about the relationship between time and photography. “A photograph is thought to capture a single moment in time, but it also causes us to suspend our sense of time as a chain or sequence—a person long dead is kept forever ‘alive’ in a photograph,” says Scala.

In Spencer’s work new photographs are made to look old through “patinas and other surface treatments [that] add an artificial sense of the effects of aging.” Spencer’s photographs “do not mirror reality or capture the subject objectively; rather they are ways for the artist’s subjective response to the world to have a touchstone in something external.” This externalization becomes the bridge between viewer and photograph, transforming Spencer’s work into “internalized images of the self meditating upon time.” 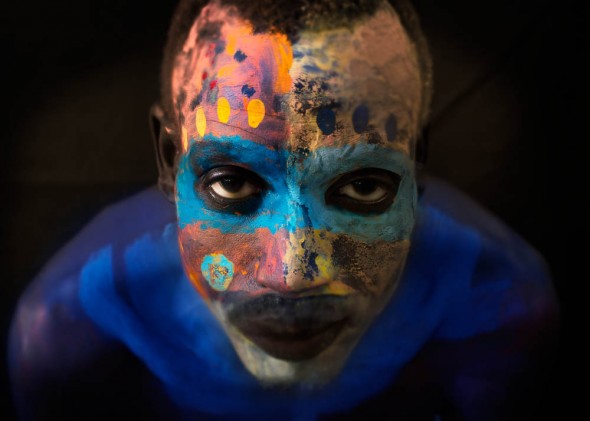 The surface of the photograph plays a key conceptual role in Spencer’s work. To get a true sense of this, one must view his work in person. Spencer is a virtuoso printmaker—altering his prints both digitally and physically to produce works that evoke early-twentieth-century photography. In the darkroom Spencer shrouds his images, remaking them into veiled mirrors of the material world where reality is just out of the viewer’s grasp. “For him, surfaces are either obvious shields—which let us know in no uncertain terms that we can’t see what is behind or beneath them—or portals to shifting conditions behind the façade, to something ineffable and ephemeral,” says Scala. “Few of his figural works are straightforward portraits as a reflection of identity—rather they obscure identity.”

Much of Spencer’s work has a surprising painterly quality to it, a fact that is related to his background and continued interest in painting. According to Scala, this painterliness is used to great effect in his large-scale landscapes. In these works, “Atmosphere is defined through pure color in a way that is extremely painterly and subtly invested with a sense of alterity.” Scala says that the large scale of these photos engulfs the viewer, while “their unnatural and often slightly acidic colors and soft focus yield a hallucinatory quality.”

Many of the greats of twentieth-century photography, including Robert Frank, Edward Steichen, and Ansel Adams, loom large over Spencer’s photographs. However, he has also been heavily influenced by painters such as Edward Hopper, Mark Rothko, and Francis Bacon and writers including Gabriel García Márquez and Jorge Luis Borges. 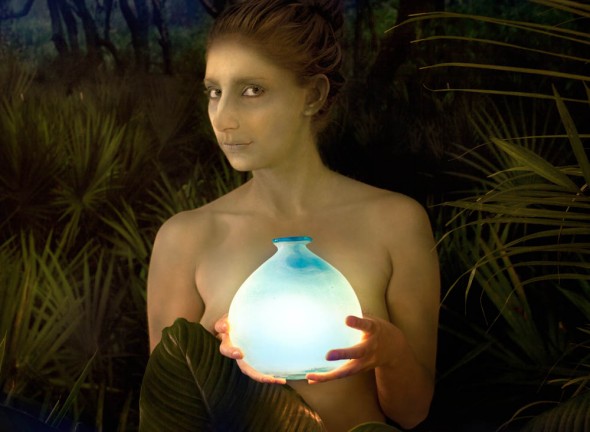 Spencer cites the painter Gerhard Richter as a huge influence, “not in a painterly way, although he is a great painter . . . but in his approach to making art. I think mostly it [is] his refusal to be pigeonholed and locked into a certain style. I have never wanted to be known as a Southern photographer, a flower photographer . . . a landscape photographer or [by] any other moniker that makes it easy to be defined,” says Spencer.

“Richter basically said, ‘I will do whatever I feel like doing’. I think there is too much style and shtick these days that artists get caught up in . . . becoming too afraid to change for fear that someone will not approve. My work is quite diverse, and I am especially proud of that.”

These days Spencer looks inward for inspiration to create his arresting images. “I think that to be self-inspired is the penultimate for an artist,” says Spencer.

“At some point, one has to listen to one’s own voice only. It has great secrets to tell if you learn how to listen. Everyone has a distinct voice, but few trust it.”

For Spencer, an artist’s intent has a mystical quality and is the primary key to creative expression. He likens artistic intent to “fruit on a magical tree” which can be summoned through sheer force of will if an artist is in tune with their inner voice. This magical characterization of the creative process is explored in one of Spencer’s best-known series Apariciones, which portrays the shifting nature of perception. Spencer says that the figures in the series are “myths that only existed for a brief moment . . . and never will again.” According to Spencer, the series and his ideas about the creative process were heavily inspired by the writings of Juan Rulfo, Márquez, Carlos Fuentes, and Carlos Castaneda. 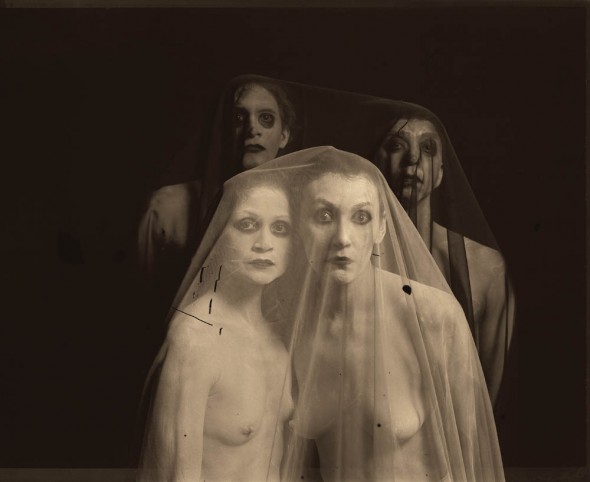 Like many artists, Spencer considers some of his lesser-known works to be his most successful. “A piece like Silencio . . . has all the elements I want in a work—mystery, ambiguity, poetry. It asks more questions than it answers. Even I have no idea what it means. It was simply a strange, wonderful gift that I was given one day years ago.” He considers works like these to be his “own personal rewards” and gets immense satisfaction when they are well received by viewers.

Spencer is a long-time member of the Nashville community, and so it is fitting that the largest exhibition of his work to date will take place at the Frist Center. Vanderbilt University Press is publishing an accompanying catalogue for the exhibition, and Scala hopes that “the exhibition and catalogue will spur interest on the part of other museums to produce their own exhibitions of Spencer’s work.”

One thing is certain: Spencer’s restless creativity coupled with his exacting craftsmanship will continue to evolve into even more startling and beautiful images that lead the viewer to question perceptions of time and history.

“All of my various bodies of work are simply about my own curiosity,” says Spencer. “It is the documenting of things that interests me . . . sort of like a life’s journal.”

Jack Spencer: Beyond the Surface will be on display at the Frist Center for the Visual Arts from July 12 through October 13, 2013. 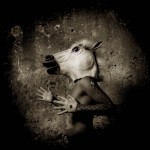 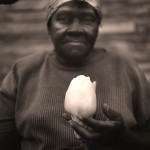 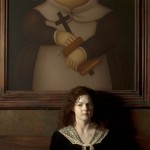 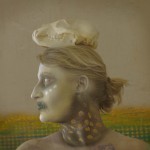 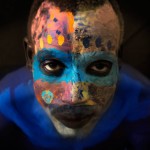 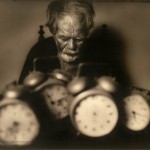 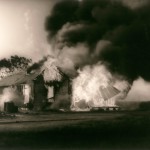 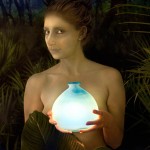 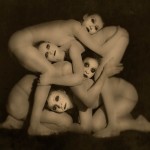 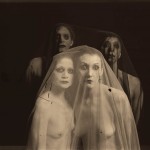 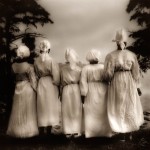 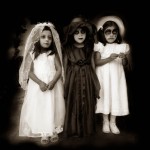