“We come out here to show the love of Jesus Christ through skateboarding. I know that’s kind of weird-sounding ’cause a lot of skateboarders are looked at as punks or outcasts and whatnot, and we kind of gladly accept that image.” For young adults Garrison and Kevin, California skateboarders and the principals of the POV documentary Only The Young, this statement by their mentor and head of Ignition Skate Ministry doesn’t sound weird at all. Confronting dichotomies is what youth is about, and this beautifully filmed portrait of the two teens and their friend Skye captures it stunningly. Combining the authenticity of documentary with the narrative pacing of fiction, all the while ruminating on romance, angst, and the economic realities of adolescence in twenty-first-century America, Jason Tippet and Elizabeth Mims’ film airs on NPT Monday, July 15, at 9 p.m.

Trailer for the POV documentary Only The Young:

POV has four other documentaries to carry you through the steamy Monday nights of July. Kicking off the month on July 1 is Special Flight, a dramatic account of the plight of undocumented foreigners at the Framboise detention center in Switzerland. July 8 brings you Herman’s House, a portrait of a man who won’t give up fighting for his freedom and, inevitably, a critique of a justice system that has confined him for decades in solitary. On July 22, High Tech, Low Life follows the story of two of China’s first citizen reporters as they document the underside of the country’s rapid development. The month closes out on July 29 with Neurotypical, an exploration of autism from the point of view of three autistic people: child, teenager, and adult.

Public television remains one of the only places on television to continually celebrate the art of dance. This month, that 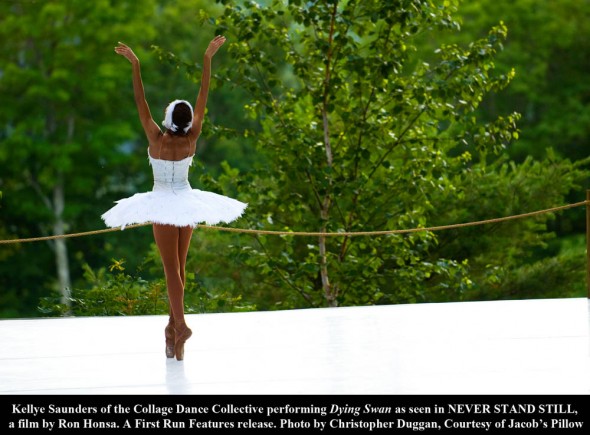 commitment includes showcasing some of the masters of the form. Filmed at Jacob’s Pillow Dance Festival in Becket, Massachusetts, Dancing at Jacob’s Pillow: Never Stand Still features thrilling performances and revelatory conversations with renowned choreographers and dancers, including Judith Jamison, Paul Taylor, Mark Morris, Suzanne Farrell, and Frederic Franklin, as well as one of the last interviews with the iconic Merce Cunningham. Narrated by acclaimed choreographer Bill T. Jones, the film interweaves the story of Jacob’s Pillow as a generator for creativity with the history of dance in America and features never-before-seen footage and images from the Pillow’s extensive archives, including those of dance pioneer Ted Shawn, who purchased the farm in 1931. It airs on Friday, July 26, at 8 p.m. on NPT and PBS stations nationwide. 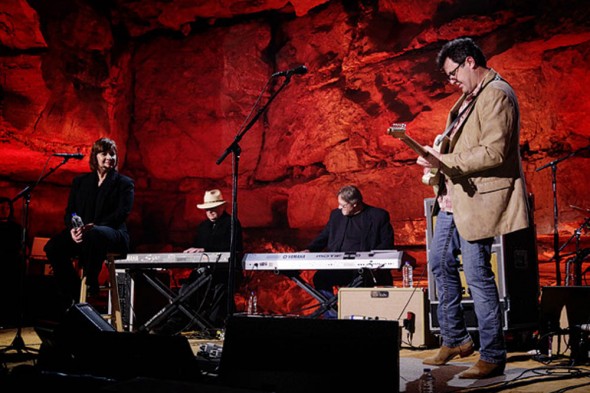 The cool confines of an underground cavern sound just about right these warm days of July. Add the cool music of Vince Gill, Country Music Hall of Famer, twenty-time Grammy winner, and part-time member of The Time Jumpers, and you’ve really got something. Gill hits the stage of Bluegrass Underground, three hundred feet below ground within the labyrinth of Tennessee’s Cumberland Cavern, on Sunday, July 7, at 10 p.m. Expect razor-sharp guitar playing, expressive singing, and rich and varied songwriting as Gill delivers everything from heartfelt honkytonk ballads to hot bluegrass to full-throttle country rock.

Austin City Limits continues to bring the best in original music with uninterrupted full concerts recorded live in Austin, Texas, on Wednesday nights at 10 p.m. This July, NPT encores some favorite episodes, including The Steve Miller Band with the Preservation Hall Jazz Band (July 10), Miranda Lambert and Jeff Bridges (July 17), Tim McGraw (July 24), and The Head and the Heart and Gomez (July 31).

Visit wnpt.org or check out our guide for complete 24 hour schedules for NPT and NPT2.