David Malloy didn’t intend to be a visionary or a Cyber Piper luring teens with music, friendship, or tangibility. But very quietly, without anyone over 25—especially in Nashville—noticing, he created Teen Hoot, a clearinghouse/gathering place for the myriad teen social-media sensations.

“As a kid, I was glued to the radio,” Malloy, the Grammy-winning producer and songwriter for Eddie Rabbitt, Dolly Parton, Mindy McCready, and Julianne Hough, says. “We counted on the deejay to bring us the best, coolest music. Kids don’t really talk about TV or terrestrial radio; they’re on their smartphones—and they’re all over the Internet. That’s where they get their music. 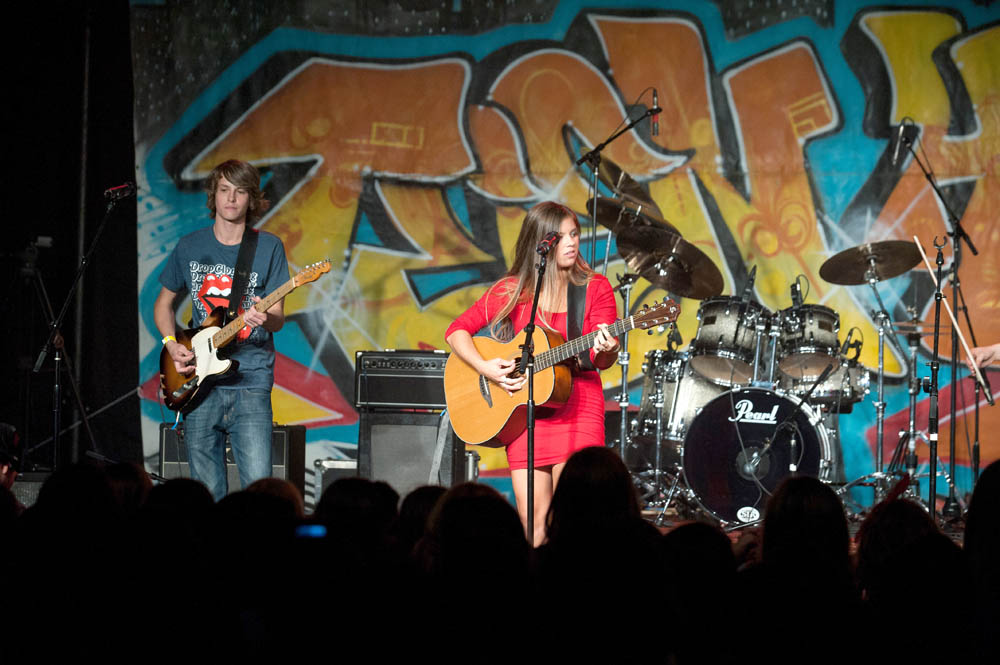 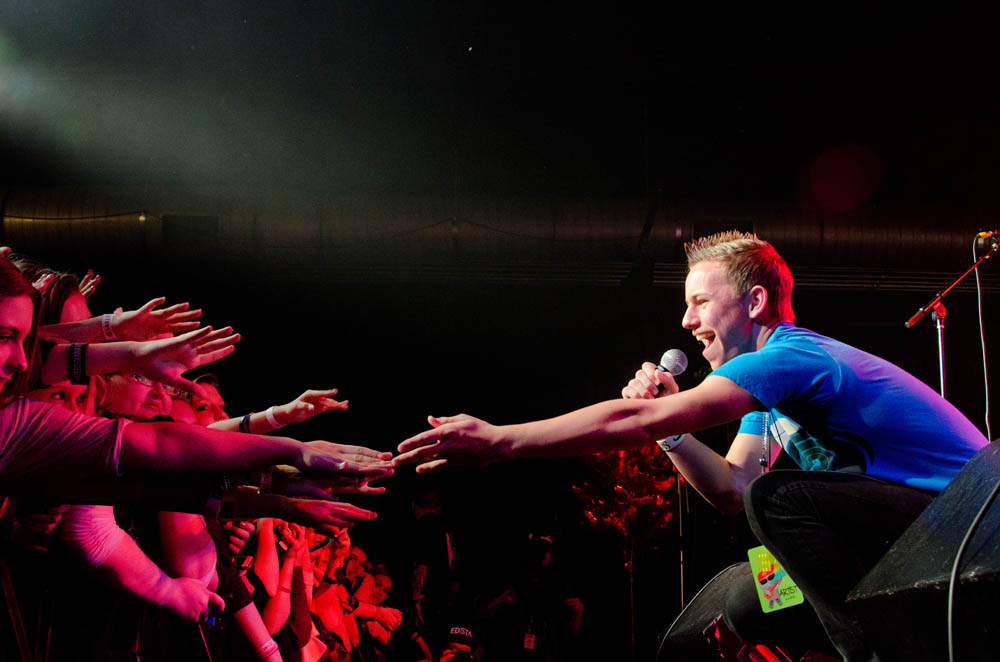 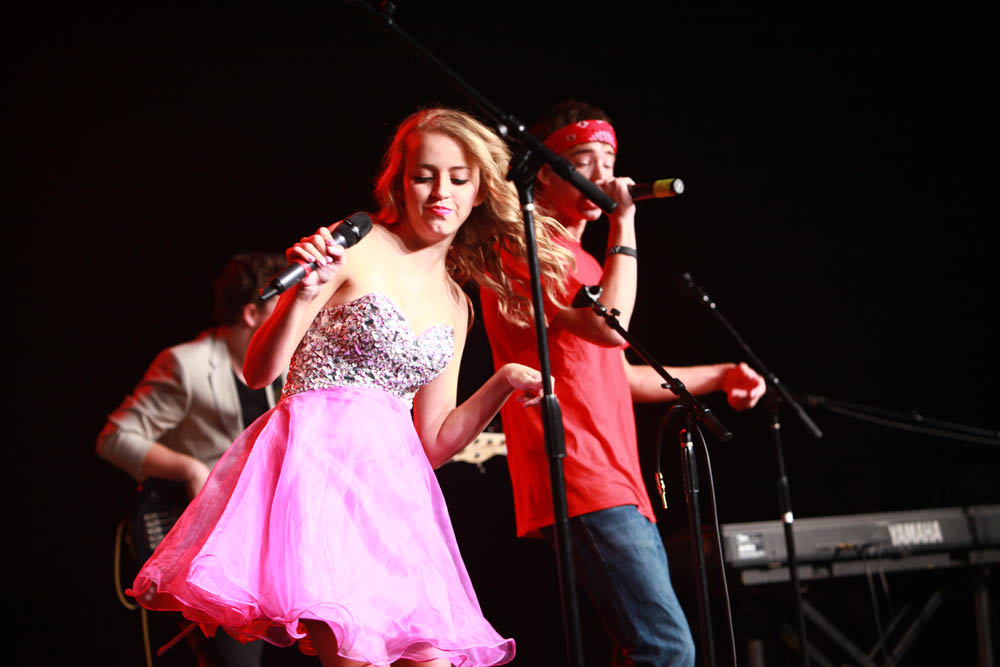 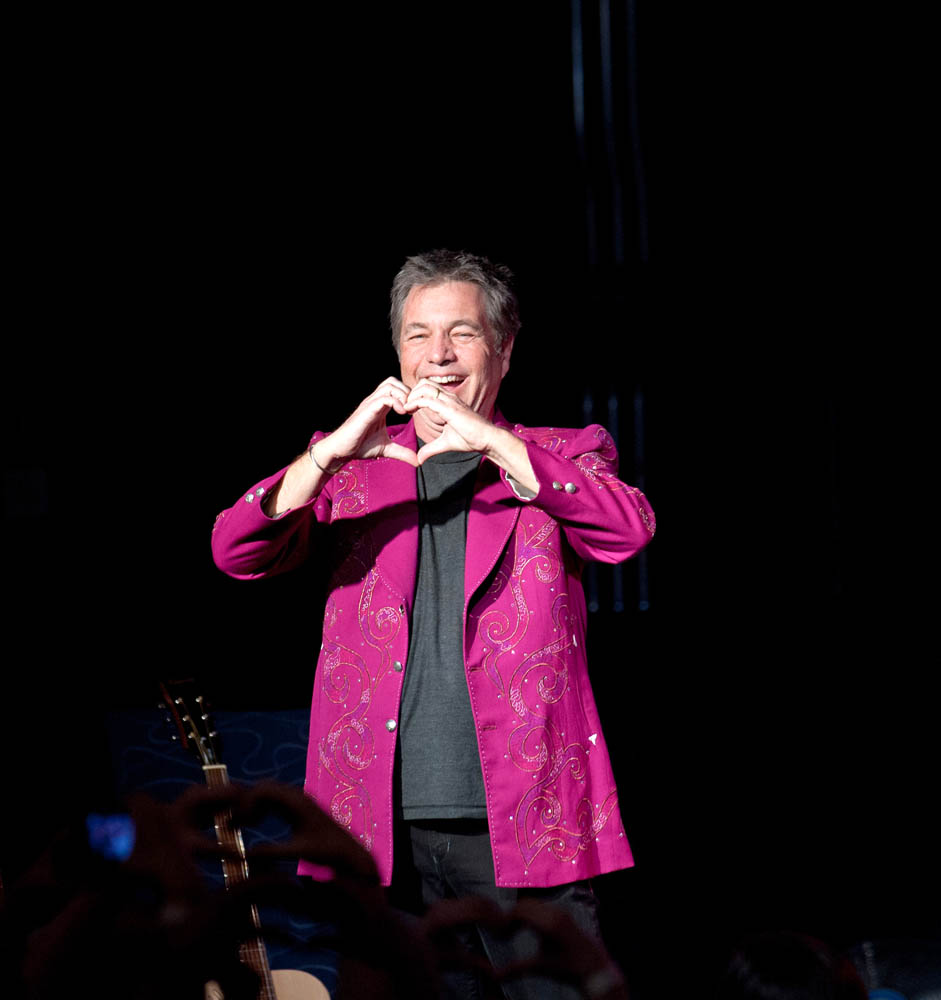 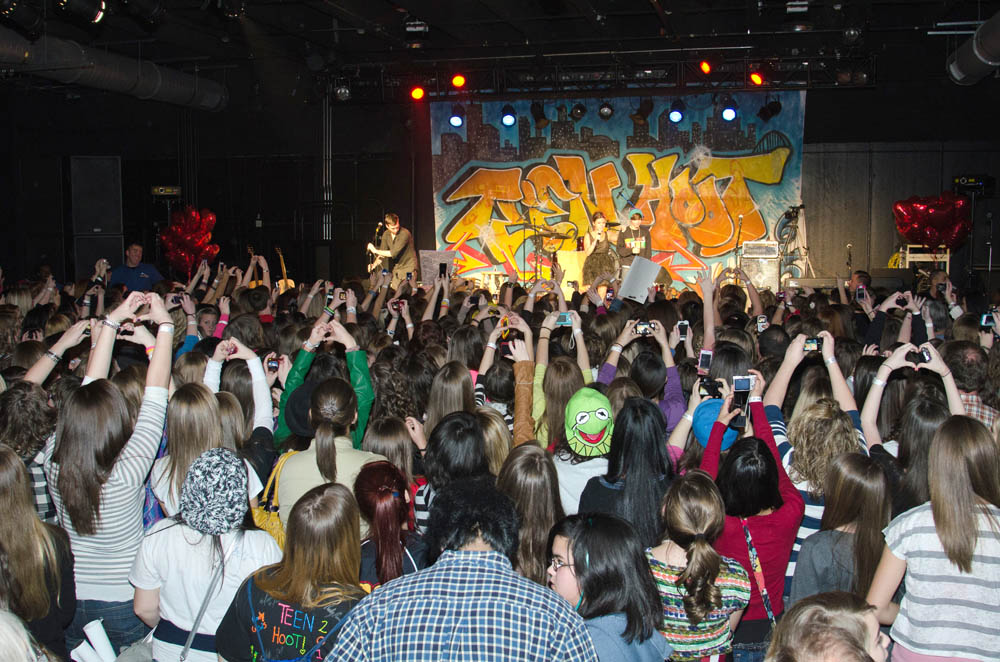 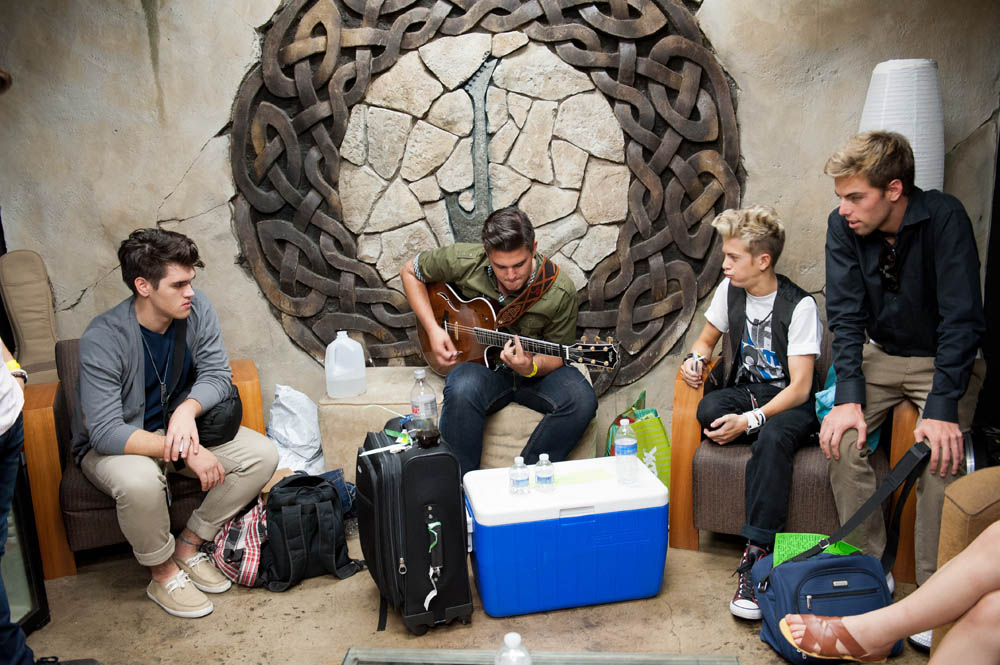 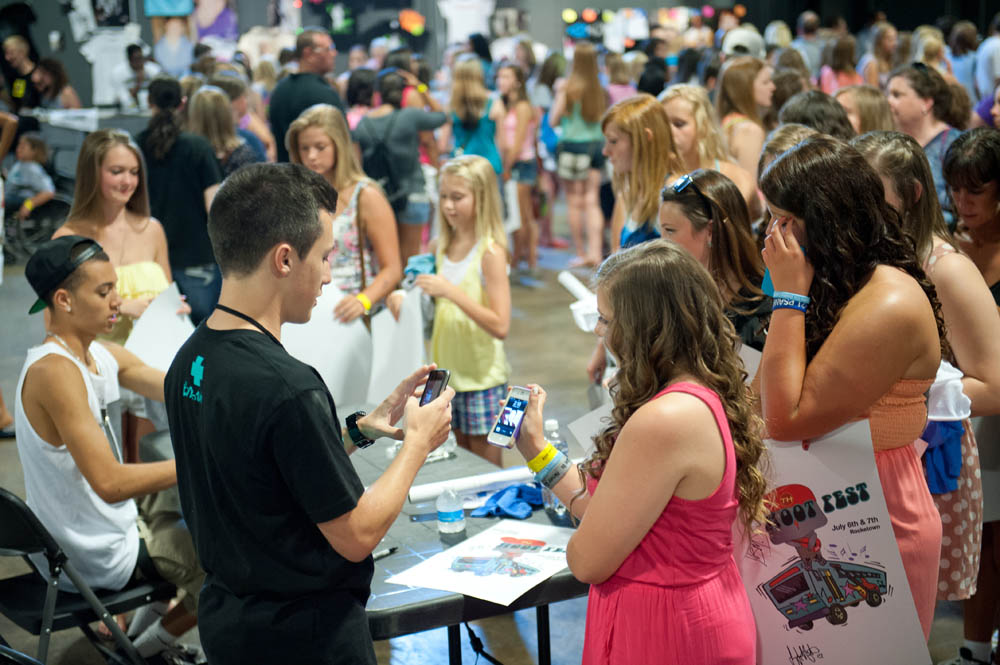 “So, Teen Hoot (the site) has become a place they know they can find stuff. I go through hundreds of videos every week, check out the ones that seem to have it to see if they can sing, they can perform . . . those are the ones we take for the Hoot.”

These thrice-yearly “concerts”—a Valenteen Hoot, a Howloteen Hoot, and the upcoming July 26–27 double Teen Hoot Fest—create a place for the young acts who’ve stormed YouTube, Twitter, and Instagram to perform and a destination for the equally young fans who love them. Held at Nashville’s all-ages Rocketown, the acts, whose ages range from 11 to 20, come from England, Canada, and across America; two-time Hooter Austin Mahone has 2.5 million Twitter followers, just performed two songs on the Today show, and was cited by The Wall Street Journal for viral momentum.

“It’s not about the kids getting onstage so much as the kids coming together,” notes Malloy. “It’s a chance for kids who’ve become friends over the Internet to meet, for the musicians who’re too young to get into clubs to have a place to play and be together . . .

People forget—clubs run on liquor sales, so these acts have no place to play. The fans, too. We had a girl fly from Australia to see Payton Rae. Another girl came from Cork, Ireland . . . families drive here from Maine, California, everywhere.

Beyond actually attending, the February Hoot’s live stream was seen in forty countries, cementing a global community among a generation often a decade away from legal access to music in clubs. Indeed, over 161 countries have streamed videos posted on the Teen Hoot YouTube station.

“There was a need. The teens were looking,” Malloy marvels. “I did the first one at my studio in Berry Hill with thirty-five people on the floor. I wondered what would happen if I got them all together. Would anyone care?” 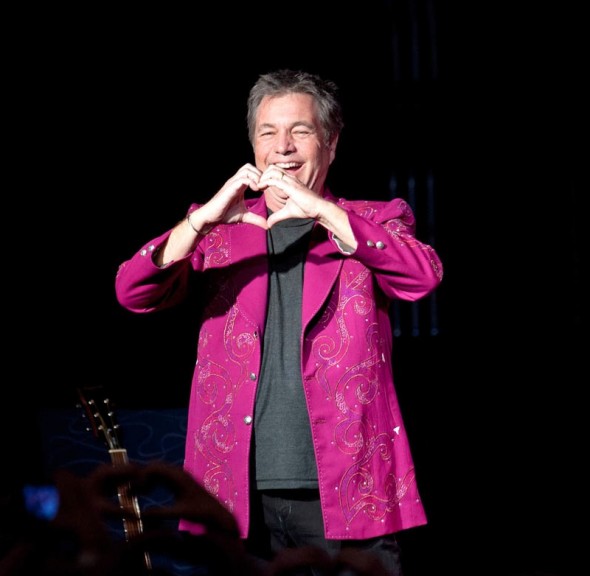 Predominantly using Twitter, Malloy reached out and kept reaching out. “It went from a curiosity to a passion to an obsession. To see the way kids interact, to see a generation come together globally . . . I think the better you understand somebody, the more connected you feel to them, and that’s a good thing.”

Malloy’s father worked with another generation’s biggest names, from Frank Sinatra to Elvis Presley, so he understands how music bonds people. Receiving his first BMI Award at 17 for “Then You Walked In” by Sammi Smith, he also understands engaged young people’s passion.

“This isn’t tomorrow,” he admonishes. “This is today. Right now. The people in the business don’t get that. Onstage [these kids] have never played for a crowd that big, but they’re doing blogs live from their bedrooms with 38,000 people watching.”

On July 26–27, performers will journey from England, Canada, even Curacao in the Dutch Antilles to take part. But that’s just the surface. Malloy says, “I’ve got teens all over the world who’re dying to do the Hoot, but they can’t afford to get here. I dream of doing Teen Hoot in London, then Japan. All around the world, because that’s how big [this] music really is.”