Theatre: OK, I need a subject, any subject…

You Sir, “Improv,” great. Now give me a popular media, like radio or television. Yes Madame, “Print,” OK, that’s bold, print. Now finally I need some sort of artist, maybe a painter or a singer. Yes, you holding the beaver puppet, “A writer?” Perfect! All right, so the game is . . . improv, in print, by a writer. Crazy, right? 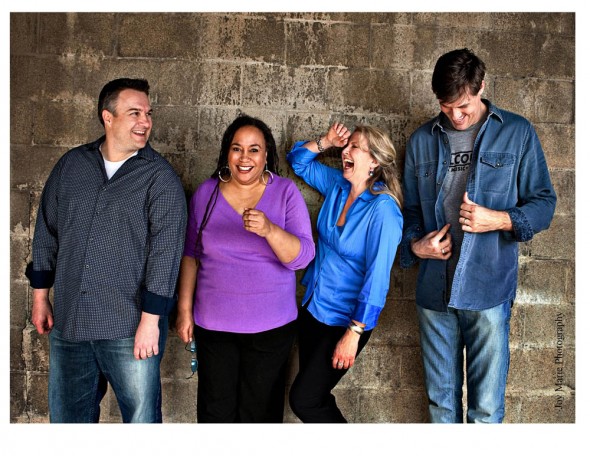 I first became familiar with the high-octane Nashville improv scene in the ’90s. Friends Cooper Thornton, Matthew Carlton, Carolyn German, and Brian Mathis formed a group called Spontaneous Combustion. Or was it Sponcom? Actually it was both. If there’s one thing I’ve learned about improv troupes, it’s that they change their names like I change my socks. Floating titles like Gonzo Theatre, One Hand Clapping, Fresh Amish Produce, FuseBox, and Skeleton Crew come and go like a secret handshake. In the advertising world they call this a branding issue. In the improv world it’s called growth.

Improvisation is basically a set of communication skills. It’s a way to be confident, pen-minded, and quick on your feet – all from trusting your situation. – Barry McAlister, Sprocket Improv 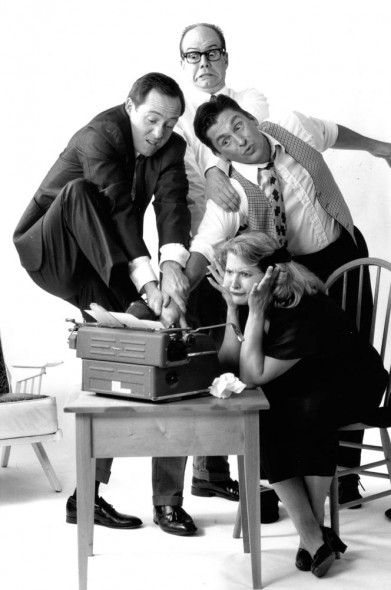 “A lot of the players in town are second- and third-generation improvisers from classes we taught along the way,” says Barry McAlister, a veteran Nashville improv player who does special-event improv with Sprocket and Fun2GrowOn.com. “It’s amazing to see how it’s growing! There have been some competitive feelings, but now it’s more communal.” Regardless, there seems to be plenty of audience clamoring to see this eclectic mix of hipsters, college grads, and even a Metro police officer among their cast.

Matthew Carlton, an original member of Sponcom and now part of the wildly successful Doyle and Debbie cast: “For me, the highlight of every one of the original Sponcom shows was the five-minute musical we would end with.” (Just to be clear, that’s an entirely new musical, about a random subject, out of thin air, before your very eyes. Burn the witch!) “We were lucky to have great pianists who could go with us at every turn and in any style.”

Yes, a successful improv troupe has three very important parts: the actors, the pianist, and the audience. The pianist is key. “Playing improv piano requires a certain amount of talent but even more wit and a strong sense of irony,” says Martin Brady, writer and former keyboardist at Second City (1992–95) now with Music City Improv. “You are the somewhat-invisible, non-verbal collaborator with a company of spontaneously creative actors. But the best part is, when the going gets tough . . . you can lay out!”

Improv is a collaborative effort where, in order to create something memorable, both actors and audiencer must perform a sort of empowered trust fall. – Lacie Madison, Nashville Improv Company

Improv can also be great training. Remember Cooper Thornton from the original ’90s Sponcom troupe—he’s currently a working actor in L.A. “I don’t think I’d have a career without the improv training. The ability to make quick emotional/attitudinal choices . . . a good deal of my character’s work on Parks & Recreation is improvised, as was Curb Your Enthusiasm and even my scene in the most recent Die Hard. And improv is not always about being funny. It’s making quick, strong choices and committing.” 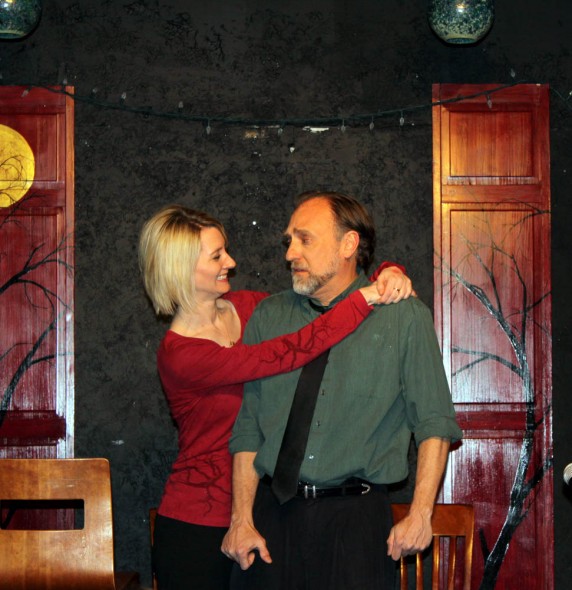 So if you’re like me and can’t even think of a good place for dinner, take on some improv (it’s just an e away from improve). It’s marvelous to watch lightning-fast minds spin original ideas like they’re tying their shoes. Here are the active improv groups working in Nashville as of this writing. Most all teach improv and do corporate gigs along with public performances. So grab your hand puppet and your imagination and make up a good time for yourself.