Molly and Tom Bedell opened their Two Old Hippies store in the Gulch in 2011, filling it with the things they love—guitars, music, clothing, gifts, a performance stage, and a magic bus. It immediately became the destination for everything hip and hippie and a spot where the vibe is all about peace, love, and understanding with a healthy dose of rock ‘n’ roll. 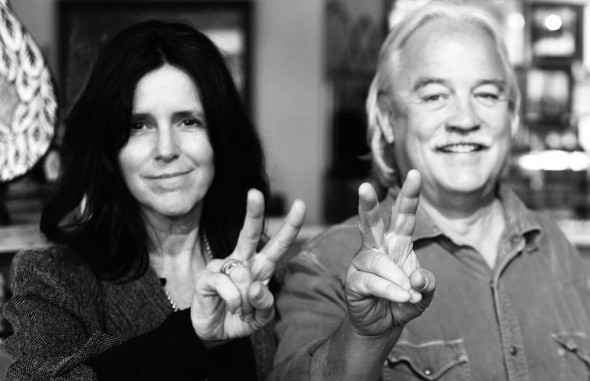 What characteristics do you most like about yourself?
MB: I’m a determined person. Stubborn too, in a good way.
TB: She’s also a most caring, generous person.

And what do you like least?
MB: I’m impatient.
TB: I’ve never been diagnosed with ADD, but I think I might have it.

What was the last book you read?
TB: To You We Shall Return: Lessons About Our Planet from the Lakota by Joseph M. Marshall III.
MB: Cocktails Under the Tree of Forgetfulness by Alexandra Fuller and Paris Wife by Paula McLain. 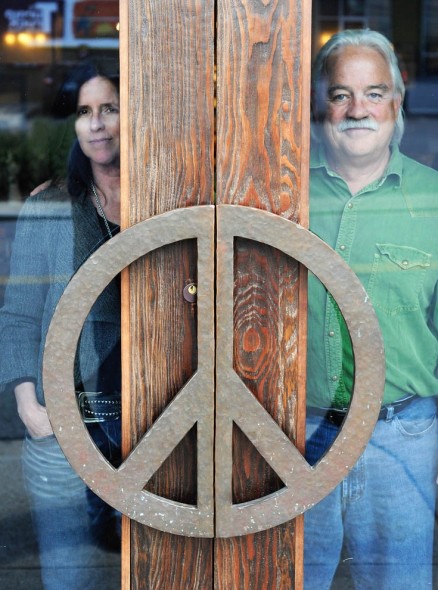 Who would you most like to meet?
TB: The Dalai Lama
MB: John Lennon

What about you would most surprise people?
MB: That I really am a hippie.

What are you going to be when you grow up?
TB: We took two years off and sailed the world, which was incredible, but we got bored. We need to work, to create, to be involved.

Who has most inspired you?
TB: My father for sure, Berkley Bedell, and my son, Ren Bedell, a Buddhist and a very soulful human being.

What are you most proud of?
MB: I have never been handed anything in my whole life. I have worked from when I was thirteen. I’m proud of that. Anything I have done, I made happen.

Are you happy with where you’re heading?
TB: Life isn’t about reaching goals; it’s about making a difference; it’s about being alive. Look, I’m 63 years old, and I’m starting a guitar company. My goal is to have the best acoustic guitar company in the world, and I’ve got about ten years to do it.
MB: And I want to be the next Lucky, when it was a really cool store.

What’s it like being you these days?
MB: It can be crazy, non-stop or not. It’s what I make it. Lately I’ve learned to stay at the house a bit more, take some time to myself. But I am driven to create a great experience for everyone that walks through these doors.

What talent would you most like to have?
TB: That’s easy. I wish I could sing.

What is your most treasured possession?
MB: I don’t get hung up on stuff. Nothing really.
TB: I have autographed photos of the Dalai Lama, Mahatma Gandhi, John Lennon, and Mother Teresa.

What about a do-over?
MB: I wish I had spent just a little more time with my boys when they were younger.
TB: And I wish I had met Molly twenty years earlier.

A favorite place in the world?
MB: I love Africa. Kenya.
TB: Our Peace Ranch in Aspen.

What do you want to be remembered for?
TB: Living life to the fullest and making a difference.

Who do you like to listen to?
MB: I love the Beatles and that whole scene.
TB: Bob Dylan. He’s had a huge influence on me.

What do you most dislike in others?
TB: Narcissism. Self-centeredness.
Two Old Hippies is located at 401 12th Avenue South. For more information visit www.twooldhippies.com.