Susan Lyon: A Voyage in Color

Using her deftly executed take on “realistic impressionism,” Susan Lyon gives fresh perspective to ordinary—sometimes even whimsical—objects and everyday life. Lyon’s subject matter can range from a clutter of plush toys queued on a daybed to a child’s trusting visage. Yet somehow these pedestrian images, coupled with her technique, feel spontaneous and engaging. 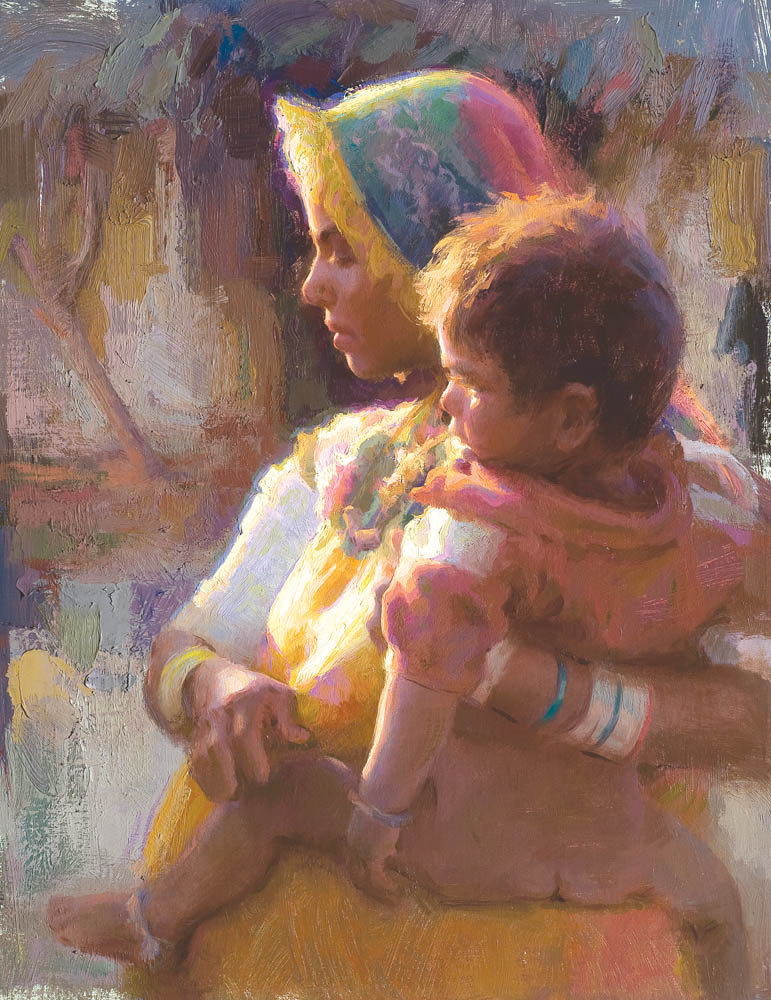 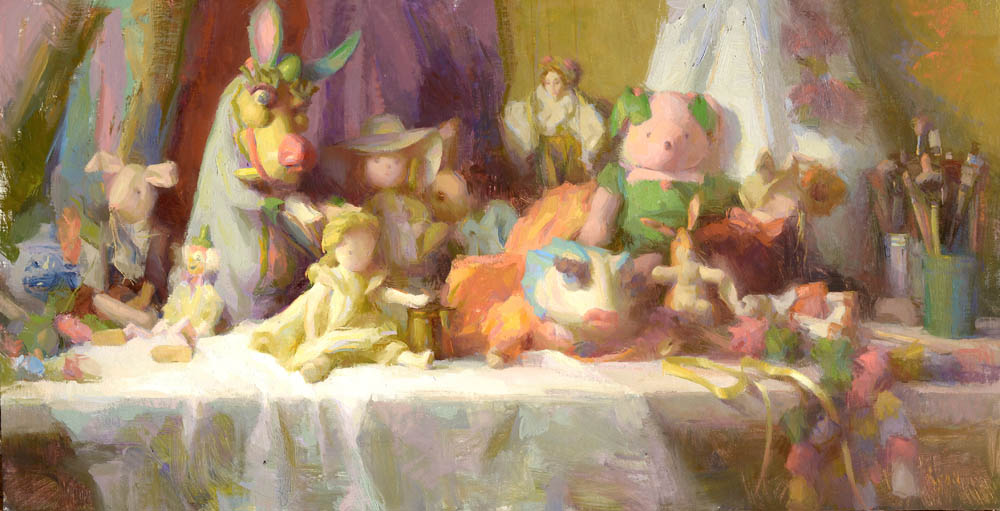 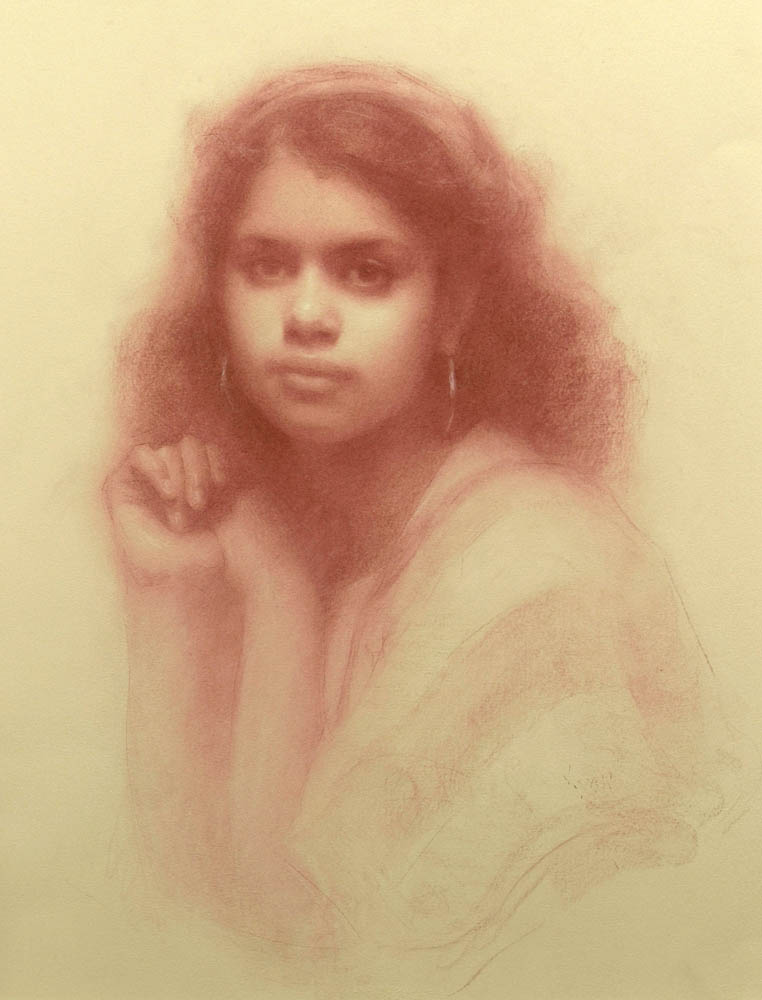 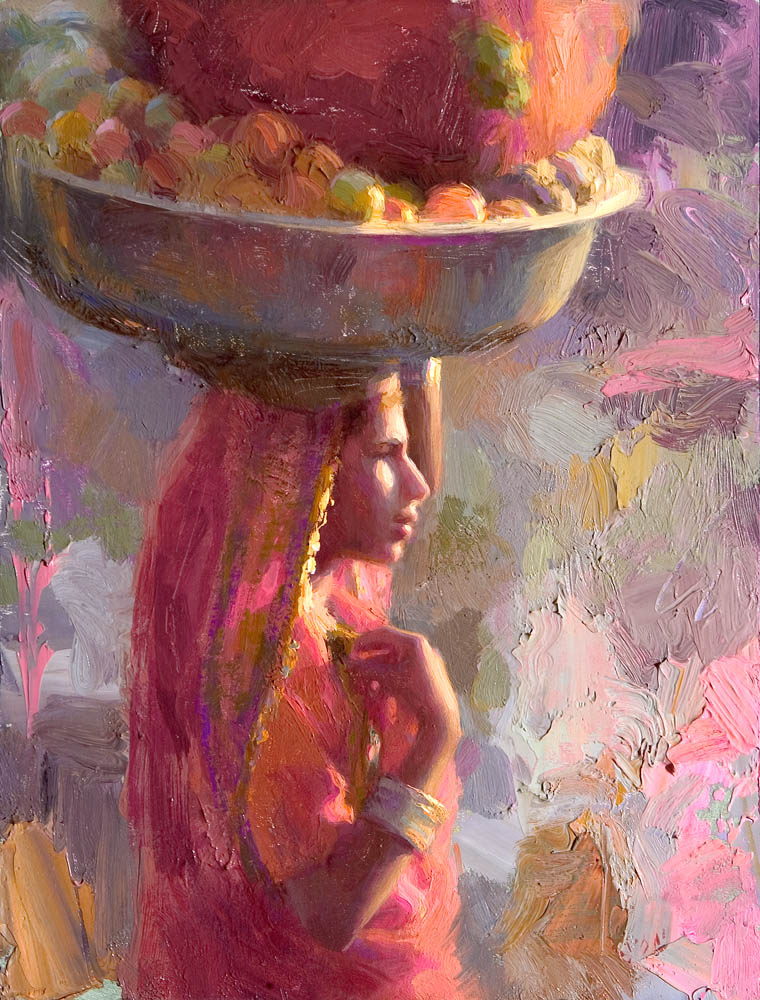 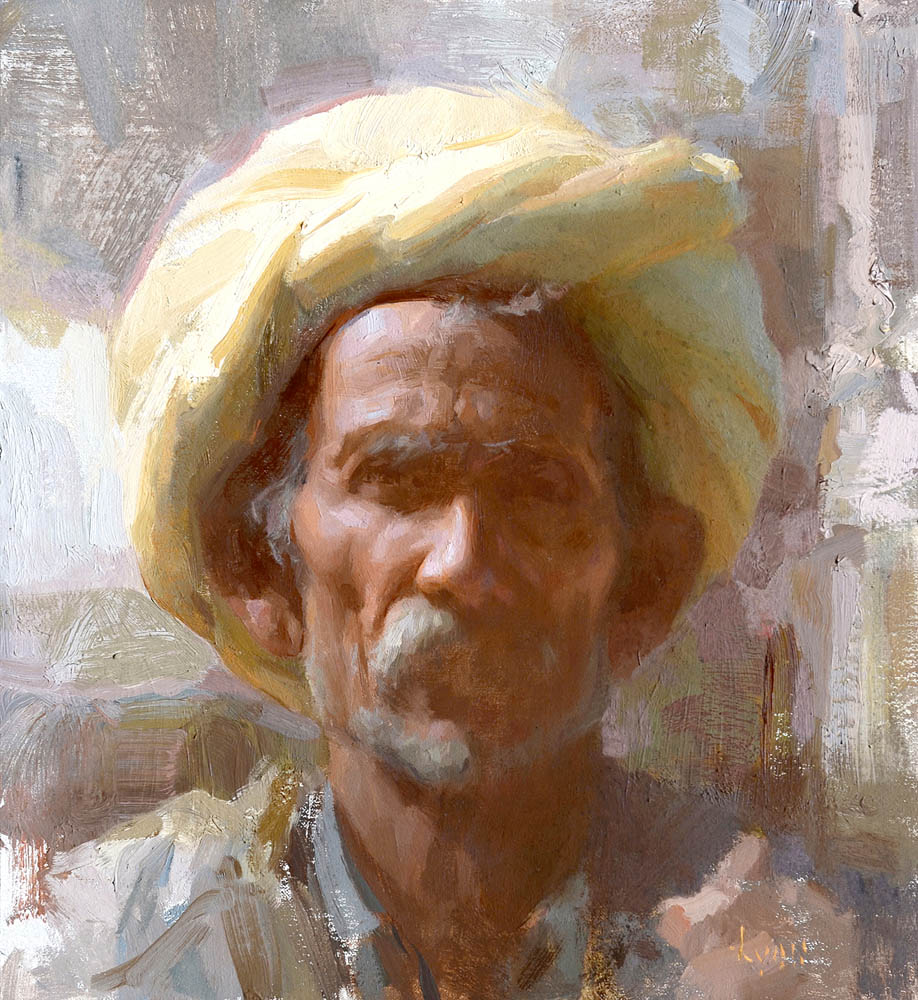 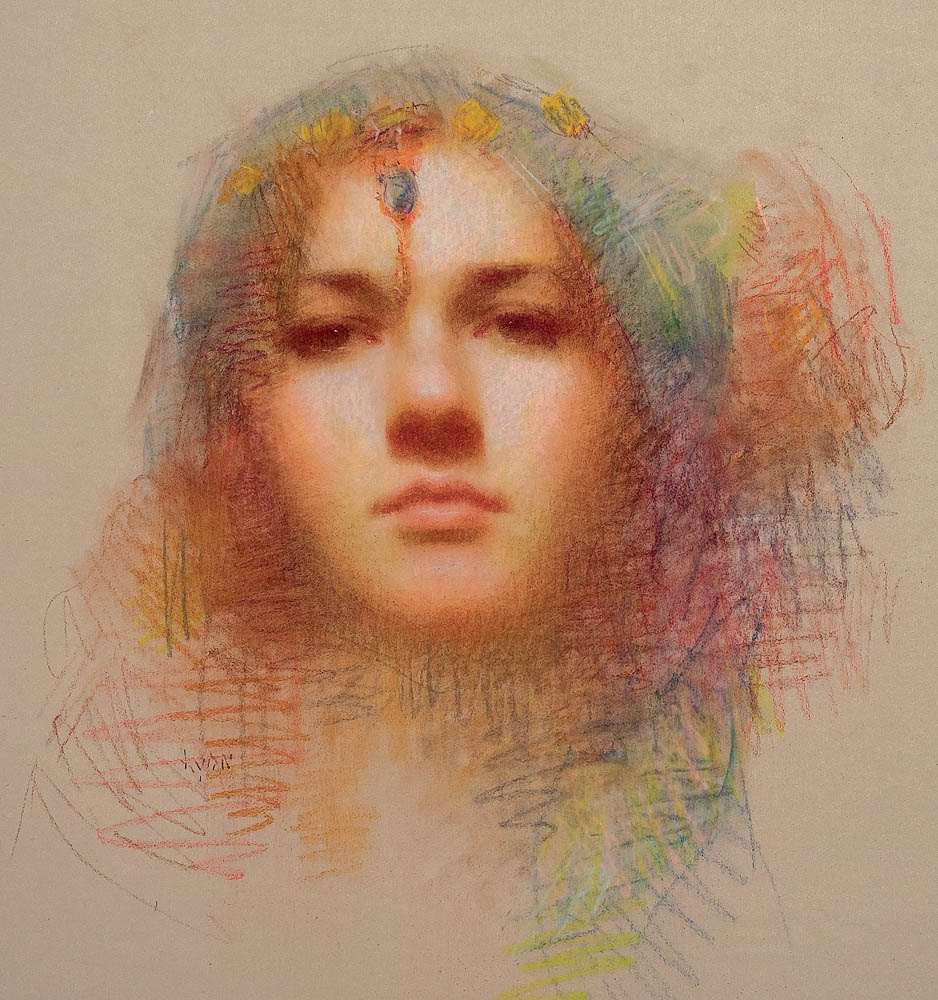 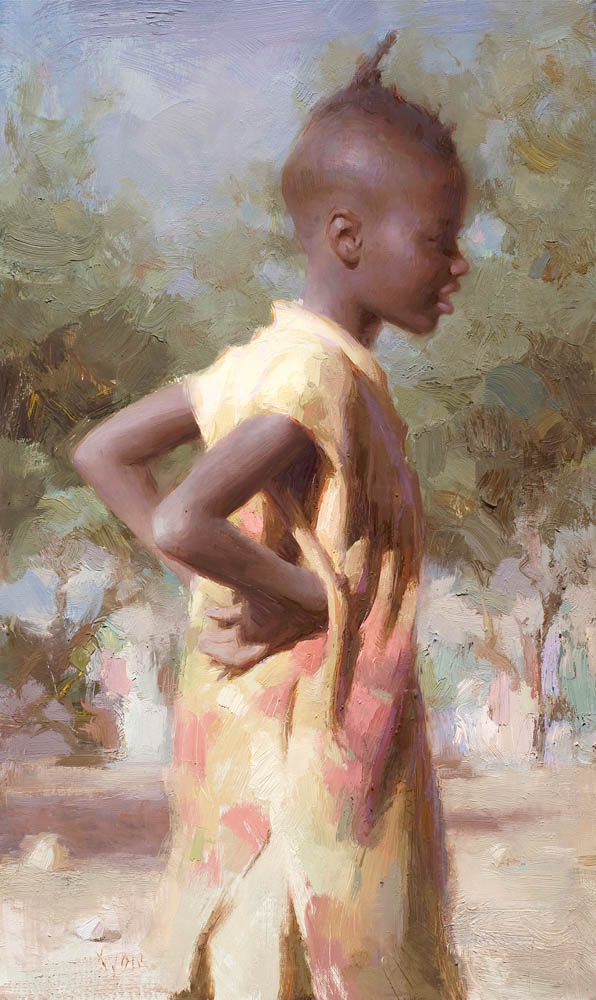 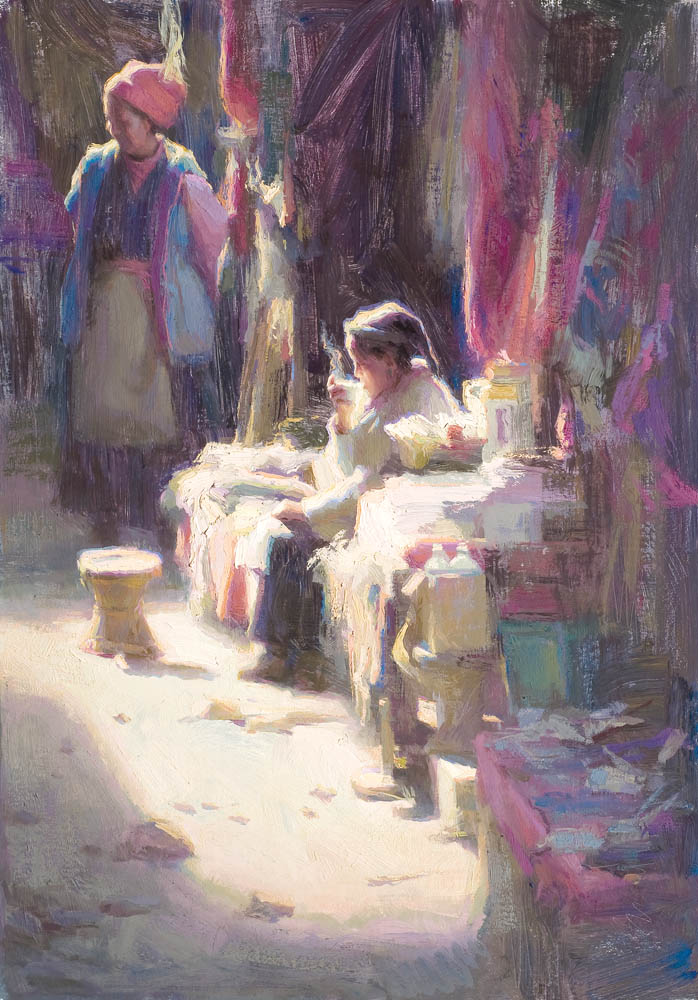 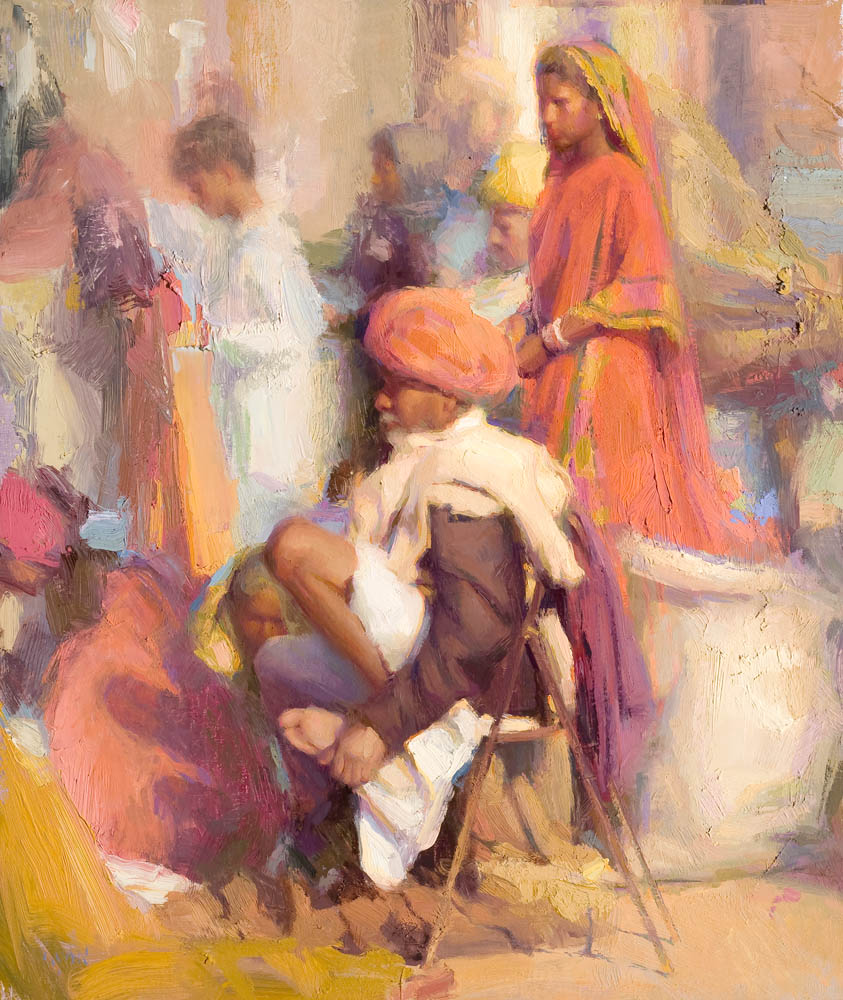 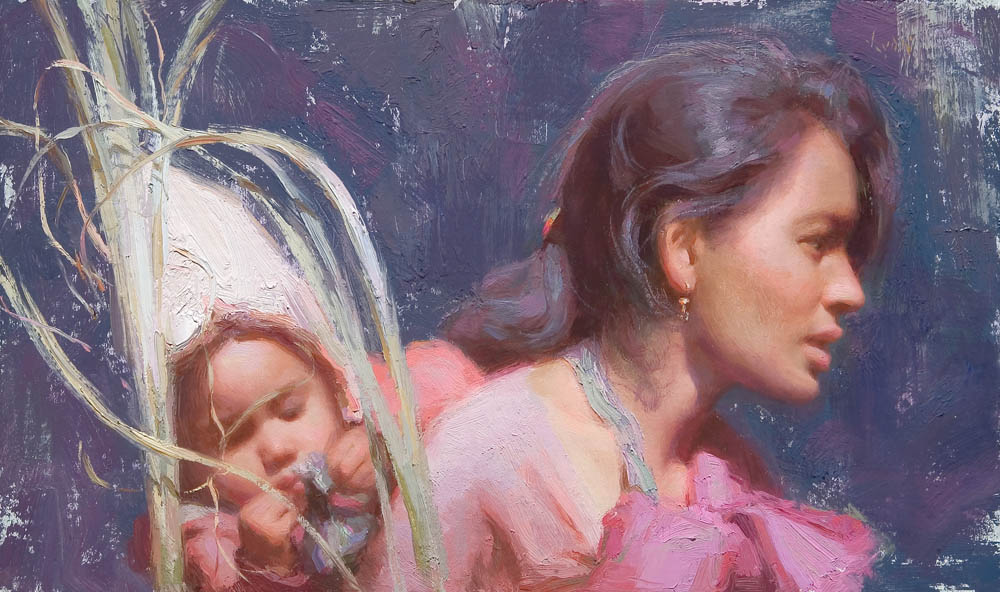 The 44-year-old artist confesses that she once struggled with what she calls her “more feminine tastes. I feared people would not take a painting of stuffed animals or dolls seriously,” she says. Yet as she conquered her self-consciousness over painting these pleasant subjects, she realized that her work not only made viewers smile but gave them a strong connection.

Lyon’s work evokes John Singer Sargent, minus the Edwardian-era trappings. She is also inspired by the works by other late artists including the Swedish Anders Zorn, the Russian Nicolai Fechin, Spaniard Joaquin Sorolla, and American portrait artist Cecilia Beaux.

Her alla prima paintings are imbued with impressionistic color with confident, sweeping strokes in the background. She begins painting wet on wet and finishes with a wet-on-dry technique. She often juxtaposes scratchy, wide brushwork of thinned paint against fine yet heavy opaque strokes to portray light. 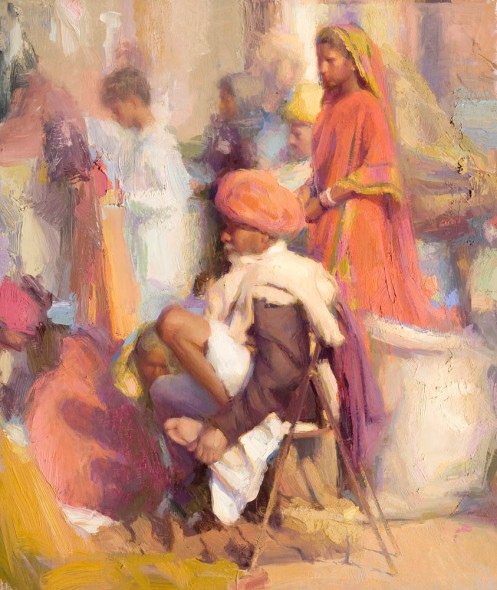 While Lyon and her artist husband, Scott Burdick, live in Winston-Salem, North Carolina, the couple is peripatetic, visiting lands as far-flung as Turkey, Greece, Nepal, China, Africa, and throughout Europe. There, Lyon is inspired by the sites, the museums, the people, the cultures. Typically, she amasses the fruits of these painting expeditions into a collection that they show together at two-person exhibitions.

Her work came to the attention of Gary Haynes, owner of Haynes Galleries, and he recently signed her to his elegant gallery on the Music Row Roundabout. She is also represented by Sylvan Gallery in Charleston, South Carolina; Sage Creek Gallery in Santa Fe, New Mexico; InSight Gallery in Fredericksburg, Texas, and Germanton Gallery in Germanton, North Carolina.

Lyon, a Chicago native, was not particularly artistic as a child. She found her calling after seeing a documentary on Georgia O’Keefe. “I was drawn to this intense, dramatic, creative woman and her work,” Lyon remembers. 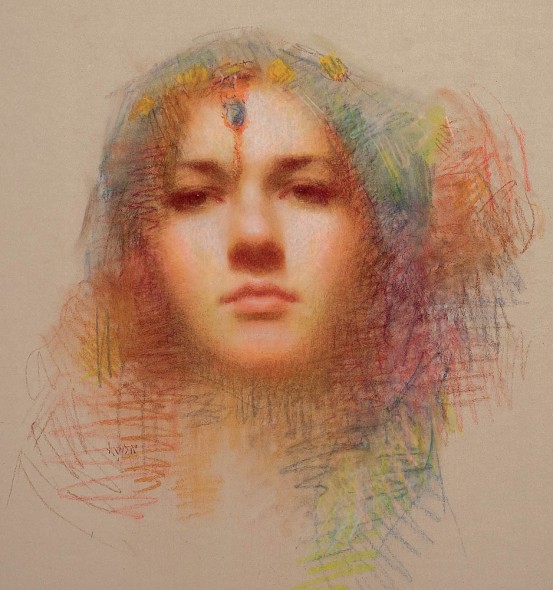 She took a Saturday course at the nearby Art Institute of Chicago and later enrolled in the American Academy of Art to pursue an associate’s degree in advertising. There, she fell in love with her husband and her fine art classes and discovered Chicago’s 100-year-old Palette and Chisel Club. Lyon began showing her work there and at age 23 was the youngest member ever to claim top prize in their annual oil painting show. Instead of pursuing a degree, Lyon and Burdick pooled money to hire models and instructors and worked from their home “studios.”

In 1996, they found themselves unfettered, self-employed, and ready to travel. They remembered an NPR story about the benefits of living in North Carolina, so they packed up, visited a couple of times, bought an old, inexpensive 1865 farmhouse near the Virginia border, and moved. Small brick paths lead to their separate studios in outbuildings. This tobacco country became their new home base . . . the place where they return after visiting remote countries. 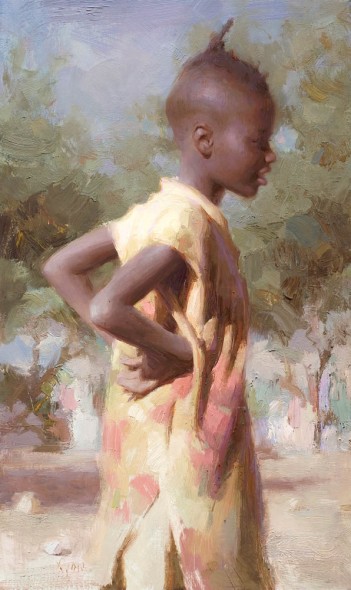 For the past three years, Lyon has traveled less, busied by entering invitational shows and producing for galleries. Much of her work has been figurative and still life oriented.

Lyon finds great joy in taking traditional images and positioning them in a fresh, whimsical way to render a dynamic still life. In other words, it’s not just teacups and silver pots, she says. There’s always a little twist.

“That’s the excitement,” she says. “I paint without expectation, because if you expect every painting to be put into a frame, you’ll be disappointed.”

Susan Lyon is represented by Haynes Galleries in Nashville. She will be participating in their upcoming exhibit Women Painting Women: A Room of One’s Own open August 23–October 5.

For more information about the group show read our spotlight on page 19 and visit www.haynesgalleries.com.