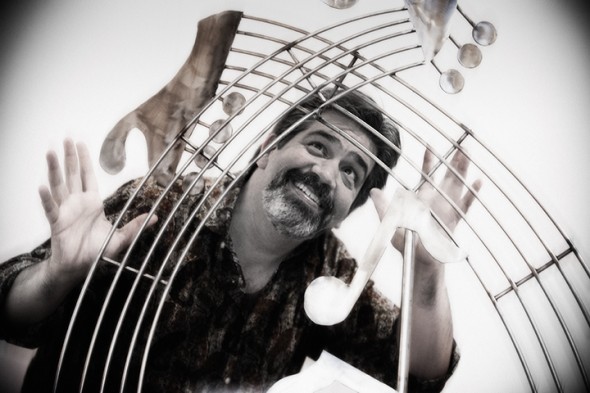 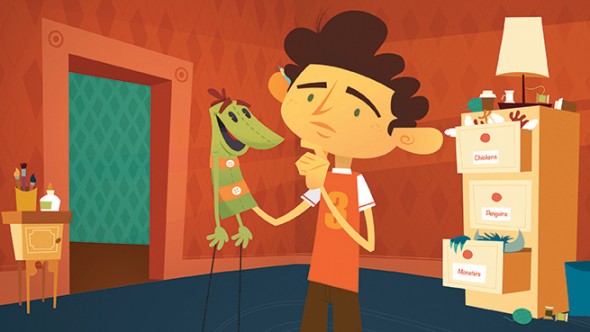 Still from Cosmo Swazzle and the Perfect Hat

It’s what you find, and what you do with what you find, that is the art form,” says Galen Fott, animator, puppeteer, actor—and many more things—over an iced power tea in a Hillsboro Village coffee shop on another schizophrenic Nashville summer day. “Looking for perfection is kind of silly.”

Fott is discussing his latest project, Cosmo Swazzle and the Perfect Hat, an interactive animated film he is developing with illustrator David Vordtriede for tablet and touchscreen devices. In the film, Cosmo, a young puppeteer, is preparing for the Ted Todman Talent Time show, to be broadcast live on TV that night. Cosmo plans to debut his new puppet, Gus. “The puppet is perfect,” says the voiceover narration. “He can dance! He can sing! But Cosmo is certain it needs one more thing.” That one more thing is the perfect hat, and that’s where you, the interactive viewer, come in. 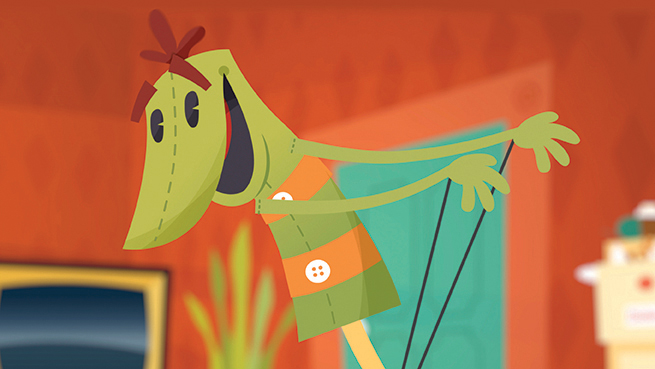 Still from Cosmo Swazzle and the Perfect Hat

“You have to make a choice for him, and depending on which way you go, that’s the way the story goes,” says Fott, describing the film’s multiple possible endings. “So perfect is what you make it.”

“I would walk by the Henson townhouse (aka the “Muppet Mansion” on East 69th Street) and think wow, there it is. I’ve always wanted to do that. How do you do it?”

Fott wrote a passionate letter to Henson Associates, got in, and his puppetry career began. Jim Henson had passed away by then, and legendary Muppeteer Frank Oz was not as active in the Sesame Street day-to-day, but the gig was still a dream come true. He started like most young puppeteers do, doing right hands of characters and background characters. He worked on the 25th Anniversary Special on ABC, an attraction for Sesame Place, and the “Don’t Forget to Watch the Movie” policy trailer for Sony and Loews theaters. He also got to work on the “Lights, Camera, Imagination” 3D movie shown at Sea World and Busch Gardens parks and got to assist on workshops with Jane Henson (Jim’s widow), Kevin Clash, and Rick Lyon. 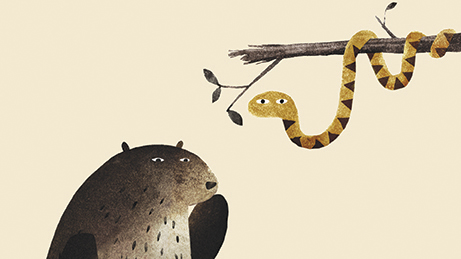 Still from I Want My Hat Back

A singing gig led Fott from New York to Orlando in the mid ’90s, where he continued to do some work for Henson, most notably in the personal appearances of two different bears: one the title character from Bear in the Big Blue House, the other the Coca-Cola Polar Bear, built and maintained for Coke. As the latter, he toured Central and South America, operating what were very high-tech puppet/costumes.

“Like in Big Bird, my hand was held up over my head, operating the bear’s mouth and eyes,” recalls Fott. “Inside the bear’s nostril was a tiny camera, connected to a monitor strapped to my chest. This was the ONLY way to see; there were no peepholes in the costume or anything! A great experience.”

It was also in Florida that Fott’s old friend from New York, Brian Maffitt, enlisted him to create training materials for digital animation software. Fott got the animation bug, and in the early aughts, moved to Vancouver, British Columbia, to study computer animation at VanArts. On his return to the states a year later, he founded Bigfott Studios, where he has gone on to create over a dozen animated films with Weston Woods Studios, adapting some of Scholastic’s most popular children’s books.  Among them are Scaredy Squirrel Makes a Friend, I’m Dirty, The Gym Teacher from the Black Lagoon, and most recently, Jon Klassen’s I Want My Hat Back, which had its world premiere last month during a retrospective of Bigfott’s films at the Belcourt Theatre. 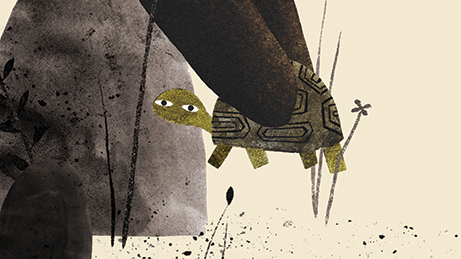 Still from I Want My Hat Back

In a career that has included wearing a number of hats, from actor and singer to puppeteer and animator, Fott has had his share of highlights, including a memorable time directing Joanne Woodward’s voiceover—he’s also worked with Stanley Tucci, Sean Hayes, and Steve Buscemi—but the biggest thrill remains satisfying that compulsion to perform.

“It threads all the way through to animation,” he says. “It’s an impulse to perform, to create characters, to create something other than yourself. You’re somewhat limited as an actor by your voice, by your physical being. With a puppet you can go a little beyond that. The puppet can look like anything, but you still have your voice. With animation, the sky is the limit. If anyone can draw it or model it on a computer, you can bring that character alive.”