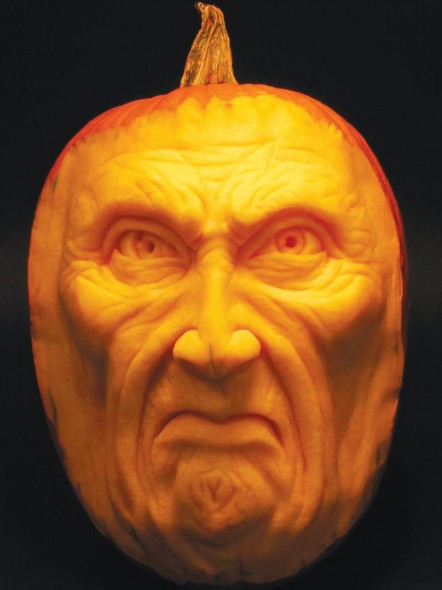 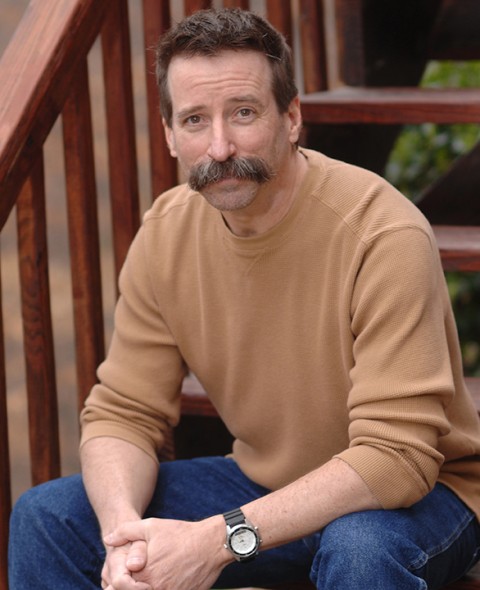 In October, carver and sculptor Lundy Cupp puts commissions on hold and steps away from wood to devote his time to carving pumpkins. Four years ago he developed his unique technique, and the response has been overwhelmingly positive.

“I have taken my craft into the world of pumpkin carving and discovered that this fun and unique way of carving pumpkins captures the imagination of the young and old. The fact that this art form comes around only one month out of the year and the pumpkins last only a week or so seems to add to this fascination,” explains Cupp.

To make his pumpkins last longer he doesn’t gut them. Instead he scrapes off the orange shell and uses clay-sculpting tools to carve the faces. It takes one to two hours to create a pumpkin, but the more complicated ones can take significantly longer. Cupp says, “ . . . the weirder the better. I’ve found the stranger the pumpkins the more people like them.”

In addition to corporate events, celebrity parties, and individual orders, Cupp will give a pumpkin-carving demonstration at Cheekwood Botanical Gardens and Museum of Art from 10 a.m. to 2 p.m. on Saturday, October 19.
For more information visit www.lundycupp.com or www.cheekwood.org.