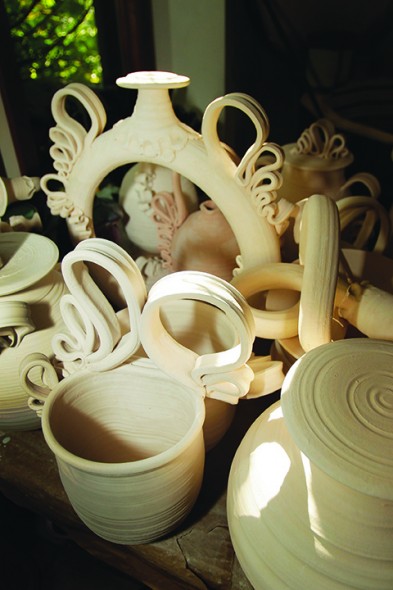 Roy Overcast started making pottery because he thought it looked easy. An art student at MTSU, he happened upon other art students in a pottery studio and told himself it would be a piece of cake.

“I didn’t realize how challenging and frustrating it is,” he recalls. But Overcast is not one to walk away from a challenge. He stuck with it, and now has been at it for forty-four years.

Overcast, who has an exhibit this month at Belle Meade Plantation, has enjoyed an unusually successful career combining his artistic talents with business savvy. A Shelbyville native, he was the son of an auto mechanic and housewife who taught him the value of hard work and being smart with money.

Years ago, he owned a production studio at 12th Avenue and Linden, where he had more than a dozen people working for him and made clay works for Cracker Barrel, Bloomingdale’s, and Opryland Hotel.

Overcast also has been a regular at the spring Tennessee Association of Craft Artists Fair at Centennial Park since it started in 1972, never missing a single year. He makes it a point to be up and walking around his tent talking to potential customers as they survey his work.

“He has repeat customers, often famous ones, that make it a tradition to visit him every fair,” says Teri Alea, executive director of the Tennessee Association of Craft Artists (TACA). “He is fun to have around and has a lot of knowledge and experience.”

Today he works alone in a studio at his Brentwood home, which he has shared for twenty-eight years with his partner Ralph Dipalma. Nestled in a woodsy area, the home is filled with Overcast’s artwork as well as that of other potters and also basket weavers. He has two cats, Guapo and Leiko, and credits Leiko with helping him develop his signature lopsided coffee mugs. One day, Leiko knocked over a tray of unfinished mugs and instead of considering them ruined, Overcast liked the effect. He started making some of his mugs that way on purpose.

His coffee mugs will be in the Belle Meade exhibit, as well as honey jars, platters, pots, and jugs and winged vases inspired by the sculpture Winged Victory at the Louvre.
Besides working in his home studio, Overcast gives demonstrations for children at historic sites and parks and teaches a class at The Clay Lady’s Studio. The students are adults with varying skill levels looking to unwind from stressful jobs. Like he once did, they wrestle with throwing on the wheel, centering and pulling up the clay. But once that’s accomplished, Overcast says, they can be flexible, have fun, and even turn mistakes into design elements.

“You can create and do anything with it,” he says.

An opening reception for Roy Overcast will be held Thursday, October 3, from 5:30 to 7:30 p.m. at the Art Gallery at Belle Meade Plantation in the visitor center gift shop. The exhibit runs October 3 through October 31. The gift shop is open Monday through Saturday from 9 a.m. to 5 p.m. and Sunday 11 a.m. to 5 p.m. There is no fee to visit the gift shop. Belle Meade Plantation is located at 5025 Harding Pike, Nashville 37205. For more information visit www.royovercast.com and www.bellemeadeplantation.com. 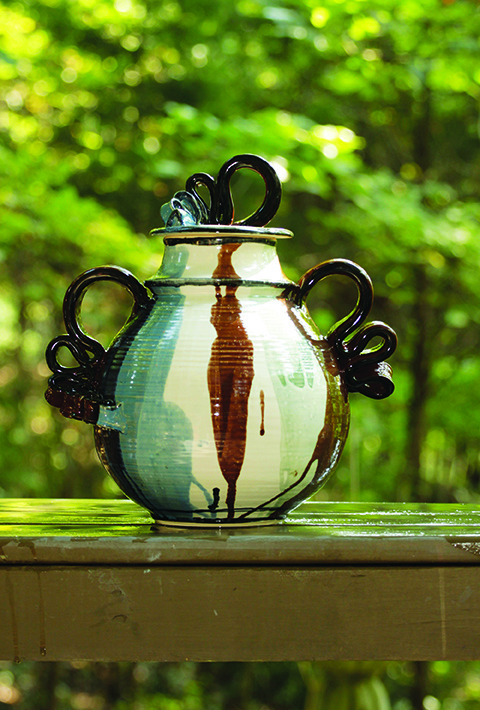 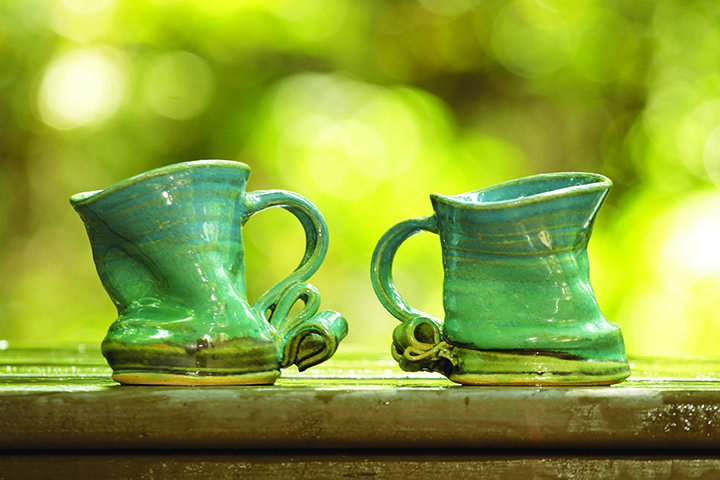 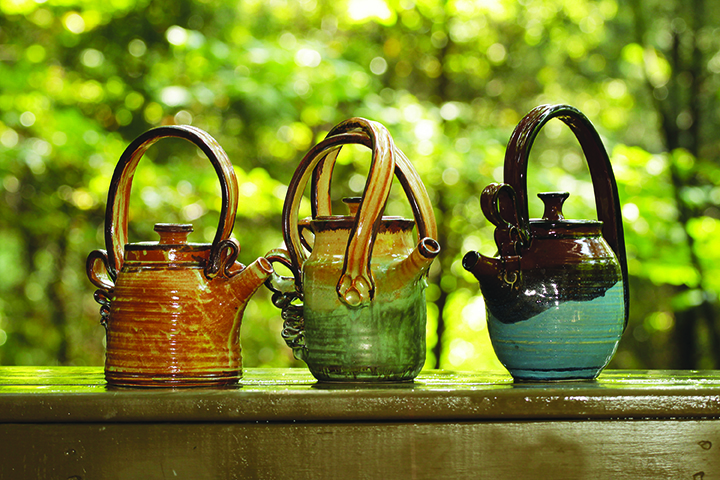