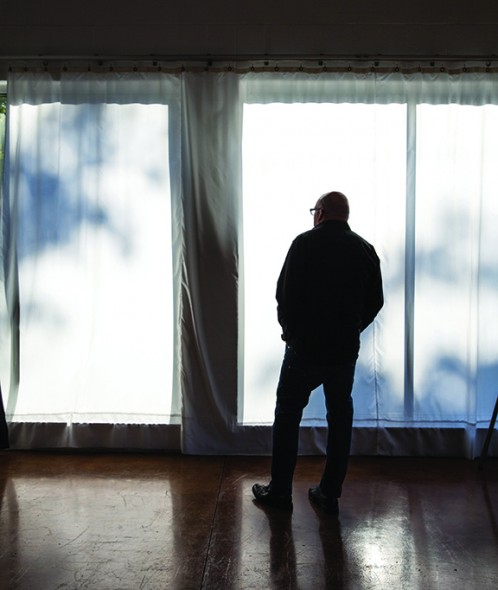 The Man Behind the Fame 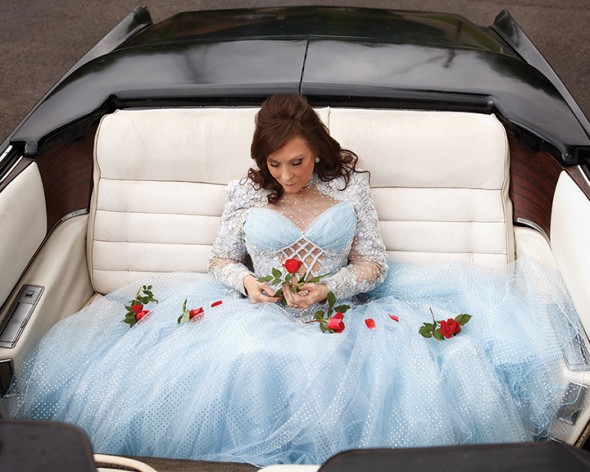 Loretta Lynn: This was shot right after the flood in 2010 at my Nashville studio. We used an old Cadillac and roses that had been destroyed when my street became a river.

It’s been more than thirty years since Russ Harrington started making a living as a photographer. Launching his career in 1982, the Nashville native cut his professional teeth doing headshots, department-store advertising, weddings, and model shoots. A few breaks along the way, and by the early ’90s Harrington had embarked on an amazing stretch of his career that now finds him at the top of the heap of Nashville’s music industry photographers.

Harrington continues to seek out new horizons, mainly in New York and Los Angeles, to gain entry into other areas of show-biz photography. But for now there are plenty of laurels to rest on, and the Tennessee State Museum is honoring Harrington with an exhibit called Shooting Stars: Celebrity Portraits by Russ Harrington, on display October 11 through December 29.

The sixty-two Harrington works are drawn from his portfolio of promotional, editorial, and artistic portraits, including more than 600 album and CD covers, an oeuvre that encompasses iconic pictures of Trisha Yearwood, Alan Jackson, Keith Urban, and dozens of other country and Christian music artists. The exhibit, curated by Renee White, will also feature Loretta Lynn’s dress from the cover of her 2004 Van Lear Rose album produced by Jack White. 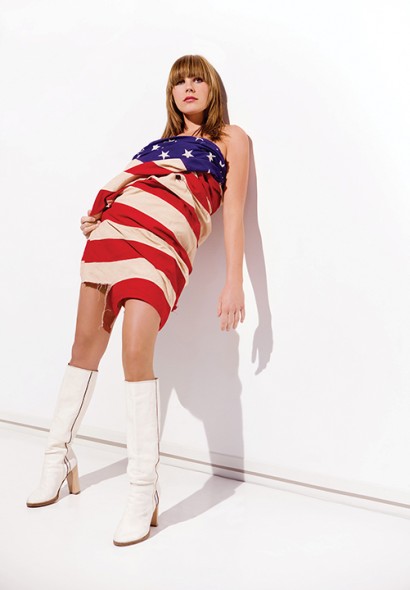 Grace Potter: Sometimes all you need is one hard light and a cool pose.

“Celebrities become models,” he says. “It’s really amazing, and they’re lovely to work with. What I always say is you have to manage their time–that’s the most important thing. They’ve got a million things to do that week, so it’s important to be prepared and have things up and lit and ready to go. I’m known for that. It’s especially important with Reba and stars of that caliber. We do a whole pre-light day with a model, so when Reba walks onto the set–Boom!”

Shooting pretty pictures is one thing, then; playing on-the-spot psychologist quite another. “Some artists don’t want to do a shoot, but they know they’ve got to,” Harrington says. “If they’re having a rough day, then we go quickly, have things lined up, make sure the food is good—make it as painless as possible. It’s unbelievable how many days they’re on the road; then they get a day off and the label throws a photo shoot on them. So you worry that they hate your guts—and then they call you at the end of the day and say that was the best shoot ever.”

Harrington gets huge results, whether he’s shooting half days or full days, in color or black and white, an album cover, or a People magazine spread. There’s lots of planning, right?
“Well, that’s the goal,” he chuckles. “The ideal thing is to see the wardrobe before the shoot and to plan backdrops and sets, but most of the time that doesn’t happen exactly as you hope. There’s a lot of improvisation, depending on the job.”

Harrington is just old enough to remember the pre-digital days of his art. He even used to develop his own photos and send around expensive portfolios by courier to promote his work. The computer has changed all that.

“In the digital world,” he says, “people just put a lens on the camera and put it on automatic without going back to their roots and understanding optics and focal length and aperture and depth of field. That’s why a lot of stuff just looks the same now. 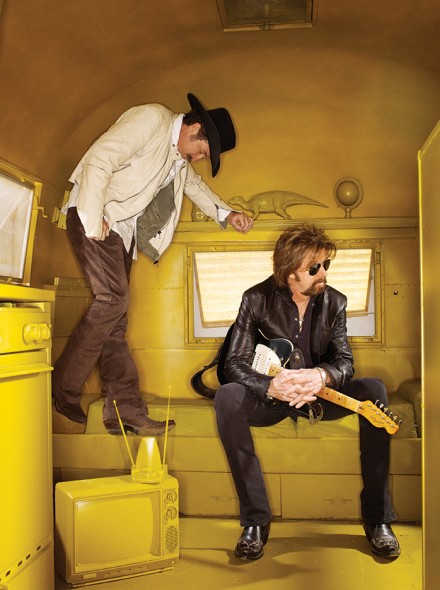 Brooks & Dunn: My prop stylist friend Shelia B and I got permission to spray the interior of this old Airstream a wild yellow color. This was a difficult shot to get, but it is one of my favorites for sure.

“Back in the day, I had a case with about twenty different films in it and I could pick the palette. It was, like, this needs to be black and white, or green, or vivid color, and it was like being a painter. I had three or four camera systems, some faster or slower. I really miss those days.”

Some of Harrington’s favorite images are a delightfully spontaneous, unposed moment caught between Robert Plant and Alison Krauss, plus almost anything with Brooks & Dunn. “I shot the first meaningful image where Ronnie Dunn was smiling,” says Harrington. “He loved that picture. It was pivotal. We’re good friends now.”

Harrington has his artistic mantras—keep the subject moving, look for the angle, etc. If his subject is photogenic and the location is great, he can hardly not come up aces.

“But I like to think they hire me for my beauty lighting,” he says. “You want people to say, call Russ, ’cause every time the phone rings it could be your biggest job ever.”

Shooting Stars: Celebrity Portraits by Russ Harrington opens at the Tennessee State Museum on October 11 and will be on display until December 29. Admission is free. For more information visit www.tnmuseum.org. 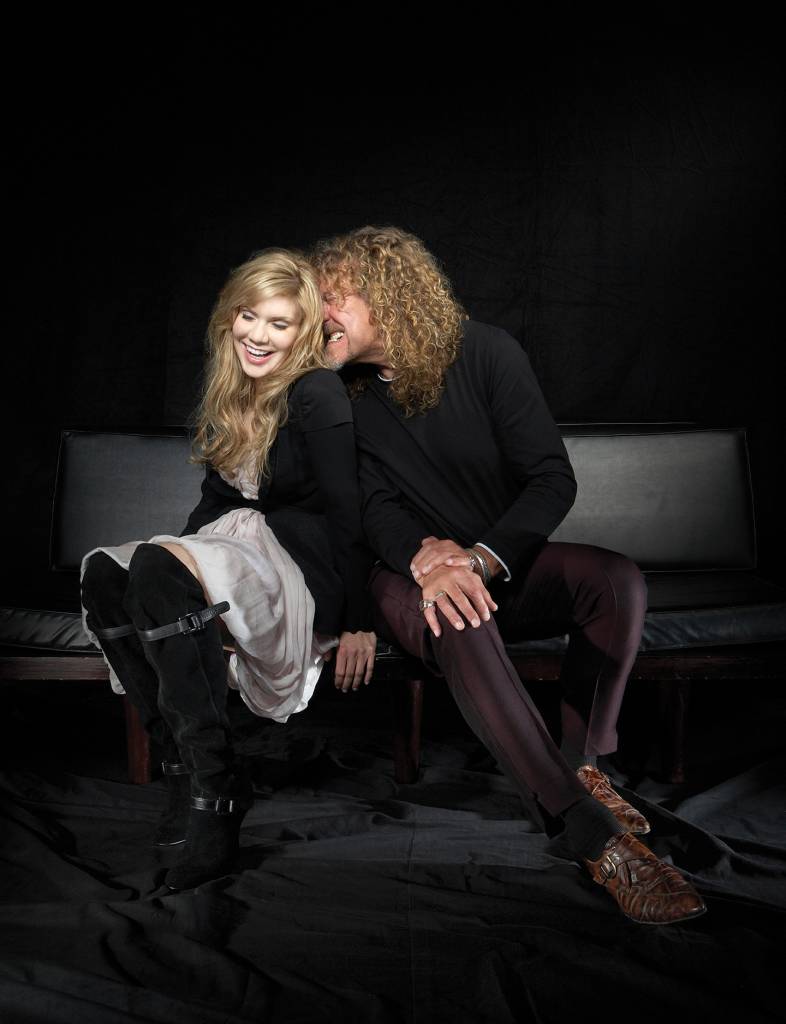 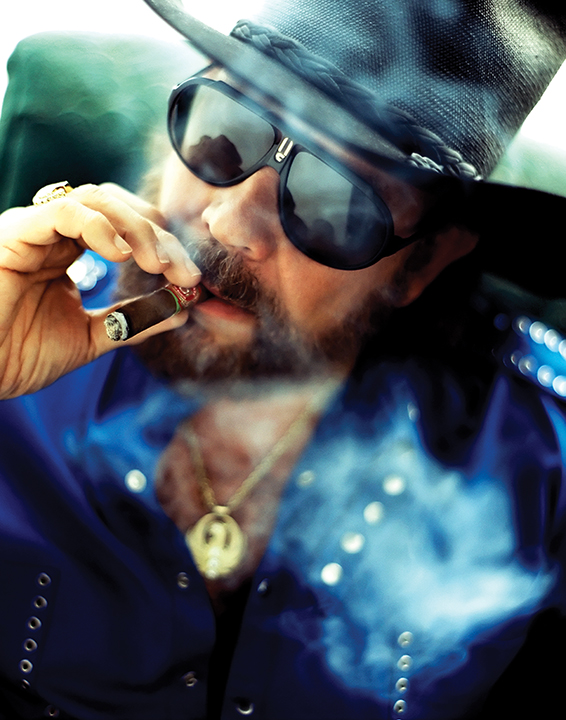 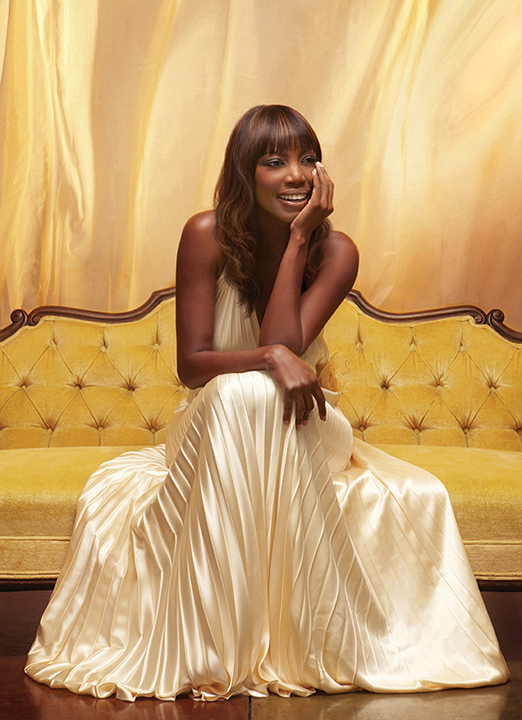 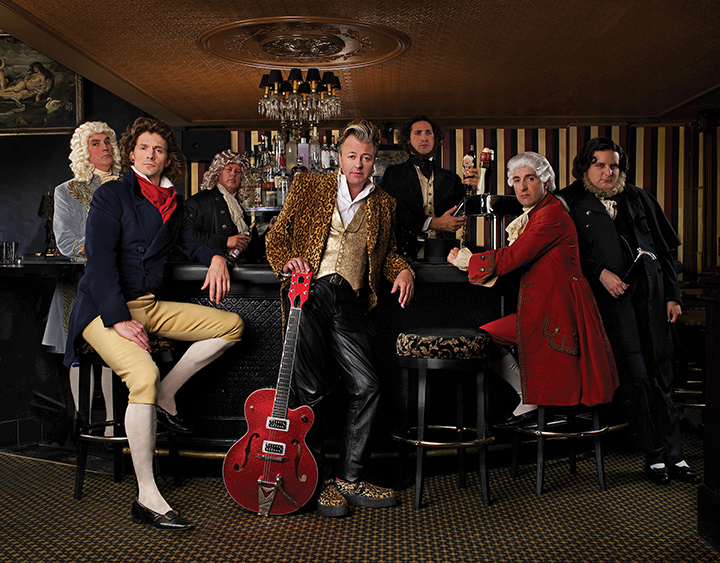