What began as a Kickstarter campaign to fund the new Kate Tucker and the Sons of Sweden record, THE SHAPE THE COLOR THE FEEL has grown into a collaborative community-based artistic venture that continues to develop as the album release approaches. This is our call to Nashville Arts readers, as artists and patrons of arts, students, admirers, supporters, and friends, we want to invite you to be part of this process as we write a new record, record it, and turn it over to ten different filmmakers to make short films and music videos for each song. In addition to the medium of film, we are working with two visual artists, two photographers, two choreographers, and a whole troupe of dancers to give this music its shape, color, and feel.

We believe that great music is inspired by great films and great visual art, and great films and great visual art are inspired by great music. It’s a beautiful cycle and we’ve been exploring it throughout this project by writing and arranging the songs with films that we love in mind, and then by seeking out filmmakers whose work we admire and asking them to choose a song and make a visual piece inspired by it. We are giving over complete creative license to these artists and we can’t wait to see what they do. 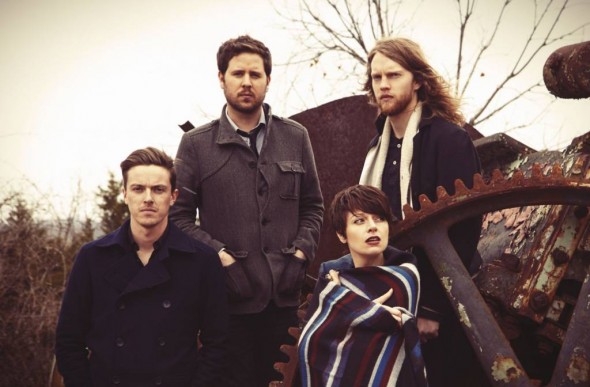 So far, we’ve written all of the songs and recorded the album at The Brown Owl in Berry Hill with Konrad Snyder (Kopecky Family Band) as producer, with additional production by Jordan Lehning (Caitlin Rose). Hank Williams mastered it over at MasterMix on Music Row. Any day now, we’ll get our test pressings from United Record Pressing and at that point we can head over to Welcome to 1979, the studio that cut our lacquers, to listen through the record and approve it for vinyl pressing. We’re making a beautiful 180-gram audiophile package, with artwork by Australian artist Jessie English. English has been working with the songs since they were in demo phase and has created an entire photo installation based around the music that will show in an exhibition with the films, other artwork associated with the project, and a project documentary currently in production.

As for the films, we are just over halfway through, with a some exciting shoots coming up. That’s where you come in. We’ll be filming the music video for “Best Friends’ Love,” in Nashville in mid November. Within THE SHAPE THE COLOR THE FEEL, “Best Friends’ Love“ exists as a grand finale piece that will include everyone who worked on the record and films in any capacity, from sound engineers to production assistants to stylists to directors. We want to make a beautiful work of art that expresses the creative energy we’ve experienced together throughout this project and the city that inspires such a diverse and vibrant community of collaborators.

For this reason, we hope to feature special cameos from Nashville artists, actors, musicians, TV and radio personalities, politicians, society folk and friends. We’ll be filming everything here in town, including the grand finale scene styled with artwork by Nashville artists. We are currently scouting locations and we’re seeking a ballroom-like space or a lovely room large enough to host the grand finale party scene. We are casting a few more ballroom dancers. We are also looking for a special sponsor to underwrite the production.

We couldn’t be more pleased with how sweetly this whole project has come together. As an indie rock band accustomed to playing shows and cutting records, this has been a remarkable adventure. We hope you’ll come along with us and we look forward to hearing from you.