A month ago we posted a call to readers to collaborate with us on our video album The Shape The Color The Feel, most specifically on the music video for “Best Friends’ Love” directed by Miriam Bennett. We want to report back to you on just how beautifully that all came together and thank you for helping make it possible. 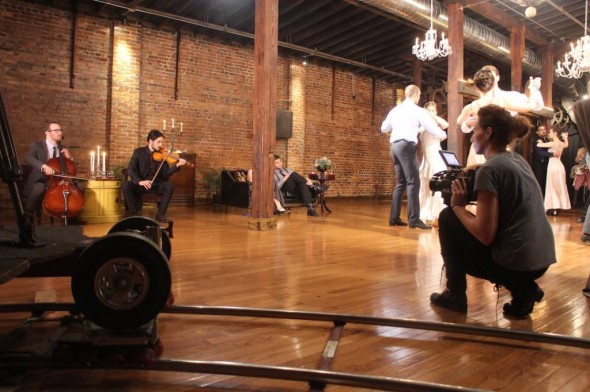 We ended up shooting the video on the top floor of The Cannery in their gorgeous event space ONE. The” Best Friends’ Love” art department was headed up by Joe Henley who transformed the space into a dark dreamy speakeasy with a sparkling ballroom for the dance scene. Artist Buddy Jackson donated candelabras. Deanna Bruton, the events coordinator for The Cannery, was on location to oversee everything from flower arrangements to set design. Bruton enlisted the aid of Nashville AudioVisual for lighting and Import Flowers, who donated a truckload of flowers for the shoot. Amidst all that she found time to don a ball gown for her cameo.

Other cameos included filmmaker Drew Maynard, chef Josh Habiger of The Catbird Seat and Pinewood Social, photographer Emily B Hall, and Beau Bonnoitt, longtime bartender at Mercy Lounge. Nashville’s own Corsair Distillery also made a cameo as the liquor sponsor. 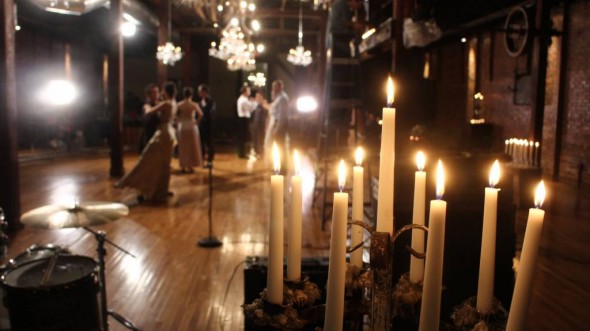 The dancers were led by choreographers Jennifer McNamara, formerly of the Nashville Ballet and now a dance instructor at Vanderbilt, and Tom Shoemaker, director of Vanderbilt Dance Theatre. Andrea Iacopini, frontman for The Revolutions, and singer-songwriter Jared Foldy completed the string ensemble. DJ Randy Barrett of J’Adore spun records late into the night. 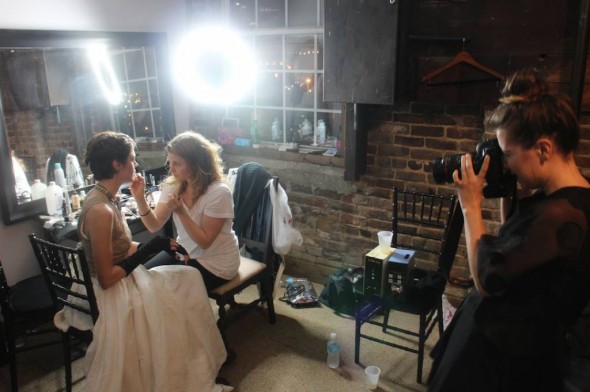 The dancers and actors all went through hair/makeup and wardrobe headed up by Janelle Wood and Leslie Stephens respectively. Amy Conte assisted with wardrobe. Stephens focused primarily on styling Kate Tucker and the Sons of Sweden, working with designer Jeff Garner who outfitted the band in his Prophetik line. Garner, who was inducted into the Tennessee State Museum earlier that weekend, made a cameo appearance in the video as well.

As one of the last productions for The Shape The Color The Feel, “Best Friends’ Love” was a beautiful example of the collaborative nature of the entire project.  MVPs go to the biggest and best crew yet, headed up by Jason Gigax of Revolution Pictures, assisted by Polly Palmer, Jessie English, AJ Gibboney, Sebastian Lasaosa Rogers, Dycee Wildman, Jason Smythe, Les Gibson and Kait Rich, who assisted on production, craft services, hair/makeup, and played a role on camera as well. Cleveland-based filmmaker Adam Smalley accompanied director Miriam Bennett as her assistant. Smalley is shooting a short film for the project in February.

The video is set to premiere with the album release of The Shape The Color The Feel on February 11, 2014.

In the meantime, you can download the first single “Looking Around” on iTunes and watch the video, directed by Jason Smythe Silver Point Studios.

Look for the next album track “Blue Hotel” debuting on the Nashville Indie Spotlight Tuesday, December 3 on iTunes. Come to The Stone Fox that same night for the release party, where we’ll be playing a full band set, along with with several artists from the compilation.

There is much more in the works, and we really cannot put into words how integral the artist community in Nashville has been to our record and the series of videos and films accompanying it. We consider ourselves very fortunate to be collaborating with you and hope to see you all soon. 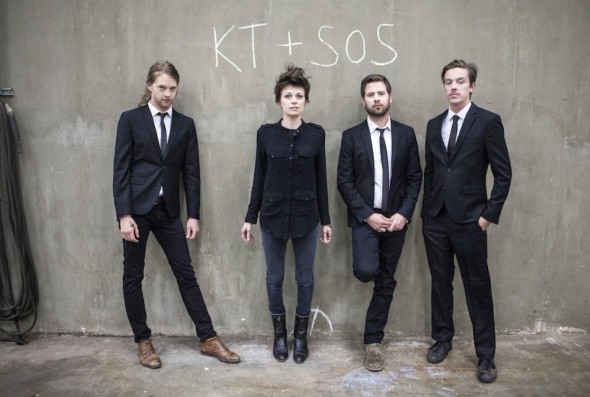 photo by Emily B. Hall