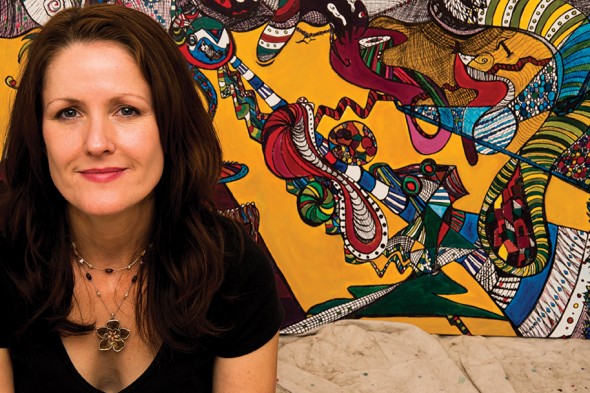 Visual art was a large part of Shaun Shiveley’s childhood. As the only child of an artist mother and an engineer father she spent many afternoons sitting under her mother’s easel and watching the goth-cult series Dark Shadows. The creative living environment of her youth developed her active imagination, and, as a child, she learned to appreciate formal qualities of art through singing lessons.

The seed of her confidence in the visual arts began in an eighth-grade art class after she received accolades from her teacher. She earned her college degree in voice but returned to visual art after her mother’s death. The grieving process set her on a journey of self-discovery guided in part by the psychological essays of Carl Jung.

Inspired by the art of Joan Miro and his use of color and symbolism, she incorporates precisely drawn shapes and bold colors to represent her explorations of what happiness looks like. She creates her art from a place of subconscious joy and believes that through this expression she brings joy and positive energy into the world. Her vibrant, non-objective paintings encourage viewers’ imaginations and free them to explore their own sense of happiness. 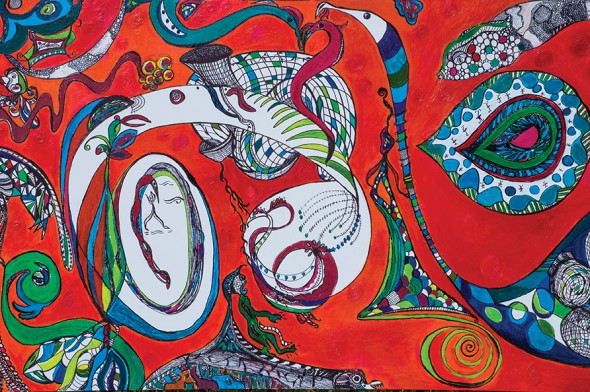