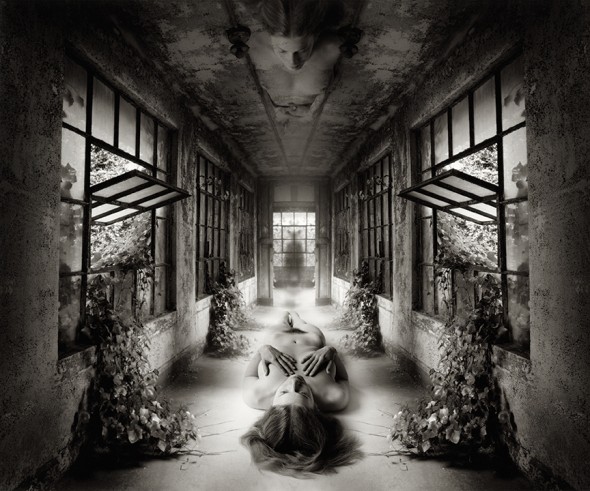 This is Not Photography 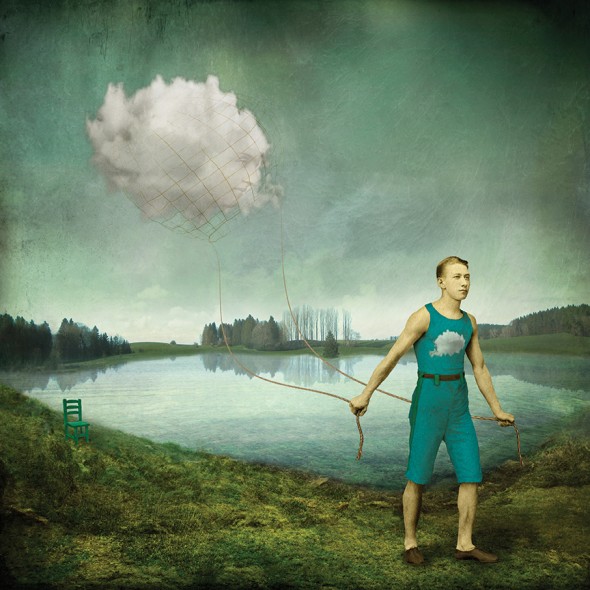 The visual world of photographers Jerry Uelsmann and Maggie Taylor is a lush dreamscape where reality is conflated and re-imagined in surprising and evocative ways. Working independently, these photographers, who also happen to be husband and wife, have created individual bodies of astonishingly creative surrealistic work through diametrically opposed technical methods. Uelsmann and Taylor will be the subject of the inaugural exhibition at MTSU’s new Baldwin Photographic Gallery opening on January 27, 2014. It’s an auspicious beginning for this unique gallery, which will be one of the few exhibition spaces in the region dedicated to the medium. 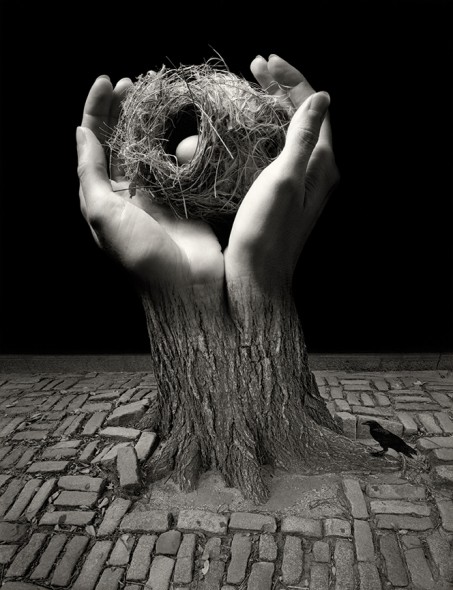 “Jerry Uelsmann is one of the most important photographers of our time,” says Billy Pittard, chairperson of MTSU’s Electronic Media Communication Department. “He was the first photographer to have a one-man exhibit at the Museum of Modern Art in 1967 . . . a key event in the acknowledgement of photography as an art form.” At the time, photography was still widely regarded as a tool for documenting reality, rather than a means of artistic expression. Uelsmann’s finely tuned allegorical images helped shatter those notions and push the artistic expectations of the medium.

In a well-known untitled work from 1969, Uelsmann creates a dynamic, surreal landscape where a tree magically floats over an alpine lake with a seed pod reflected in the water below; while in a more recent work Dream Theater from 2004, Uelsmann melds rococo architecture with a florid sky, while a crow and an unseen protagonist with hands on a dictionary keep watch over a lone figure in the distance. Both images are rife with implications and imply unspoken narratives while begging the viewer to bring their own experience and interpretations to these richly textured black-and-white photos. 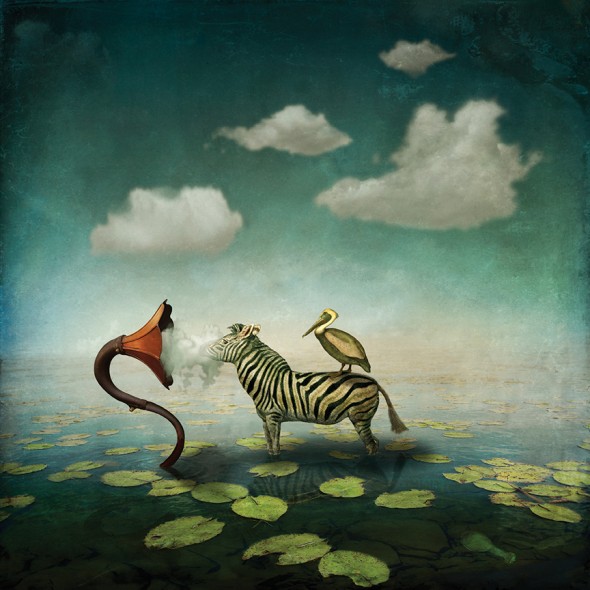 Hundreds of astounding images have poured out of Uelsmann’s fertile photographic imagination since he began his career in the late 1960s. Perhaps more astounding than the images themselves is the fact that they are all created in the darkroom, through an intricate process involving multiple enlargers and layering of photographic negatives. In a very real sense, Uelsmann’s process and images were extremely prescient—anticipating the advent of Photoshop by years. In a world where we’ve all become used to Photoshopped images and CGI special effects, Uelsmann’s old-school analog methods fused with the psychological resonance of his images is especially intriguing.

For Uelsmann the creation of images is an inherently intuitive process. “When you create these images you’re at the fringes of your own understanding,” according to the photographer. “It’s not an intellectual thing.” The photographic negative has never been the final product for him; rather it’s a jumping-off point for improvisation and invention. 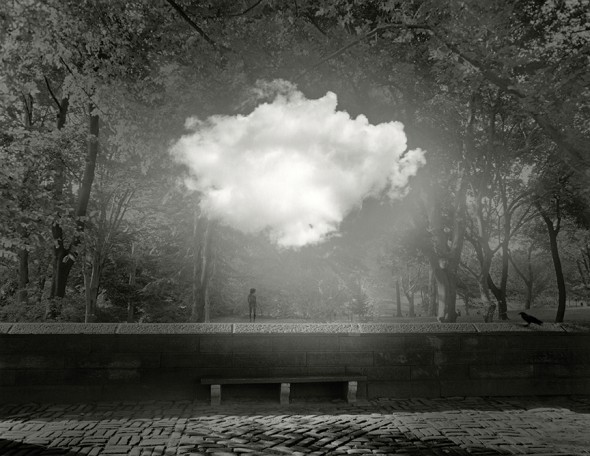 In the documentary Jerry Uelsmann & Maggie Taylor: This Is Not Photography, Uelsmann talks further about this approach and how he hopes his work is received: “If when someone looks at my photograph, if their first thought is, how did he make this, I feel I’ve failed. I don’t mind that being the second question. I’m used to that. But their first response should be some authentic ‘gee, this is weird,’ or ‘I had a dream like that,’ or ‘boy, that makes me feel lonely or happy.’ You know, it’s an authentic human response. 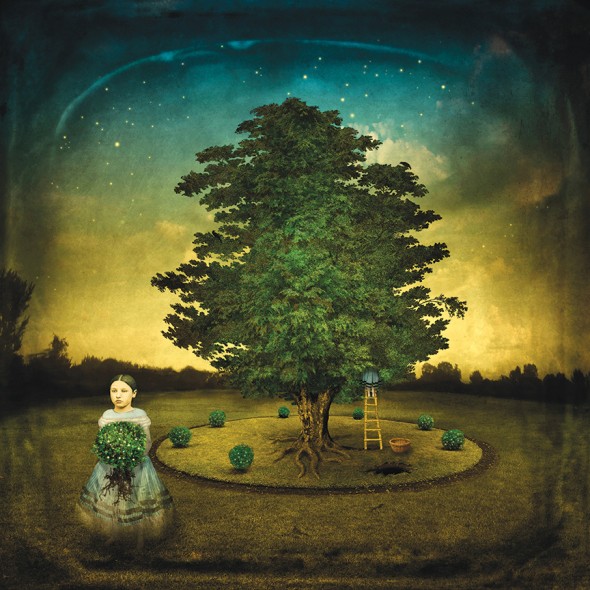 “The technique is not the image; the technique supports the image,” says Uelsmann. “It’s that kind of thing that opens up possibilities to create, in my case, visual phenomena that was unachievable . . . with traditional photography.”

As an image maker, Maggie Taylor operates in a similar sphere, relying on intuition and her own process to combine appropriated historical images, photographs, and scanned objects into densely layered works that resonate with a distinctively painterly feel. Unlike Uelsmann, Taylor never had a huge affinity for the darkroom and wholeheartedly embraced digital technology, relying on Photoshop, her scanner and digital printer to produce her work.

In many of Taylor’s images, historical characters exist in a trance-like realm, where the natural world has been saturated with color, and animals co-exist and complement the actions of the protagonists—lending a mythological feel to the finished work. In The Experience from 2009, an ethereal, nude woman strikes a pose in a muted, cloudy landscape, while vivid butterflies provide strategic protection from the prying eyes of the viewer. A regal woman, shown in profile, sports a fantastic headdress composed of a menagerie of animals and objects in 2013’s The Burden of Dreams. In other works humans are left to their own devices, as in The Garden Game (2013) where a stoic young girl has uprooted a bush from a lush garden, while another girl picks unseen fruit from a large tree, under a gorgeous twilight sky. 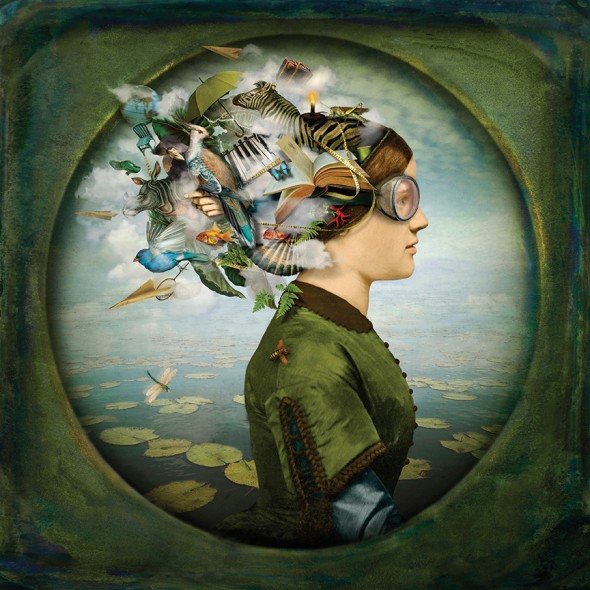 The dense, painterly look of the work is intentional and plays a key role in how she hopes the viewer perceives the surreal narratives at play: “I want it to be a really cohesive visual space that is inviting the viewer . . . almost as if you’re looking at a painting. People can look at it, digest it, and make sense of the narrative in some way, and then it brings up their own personal associations.” According to Taylor, “There is no one meaning for any of the images; rather they exist as a kind of visual riddle or open-ended poem, meant to be both playful and provocative.”

Billy Pittard likens Taylor’s images to “delicious visual stories” reminiscent of the writings of “Gabriel Garcia Marquez, Isabel Allende, Paulo Coelho, and Lewis Carroll. She tweaks the imagination of the viewer with altered states of reality and blends of the vaguely familiar with the dreamily strange.”

The exhibition at the Baldwin Gallery is not the first time that Uelsmann and Taylor have exhibited together – the couple have had several joint shows, both nationally and internationally.

The exhibit opens on January 27 at the Baldwin Gallery at MTSU. For more information visit www.mtsu.edu, www.maggietaylor.com, and www.uelsmann.com. 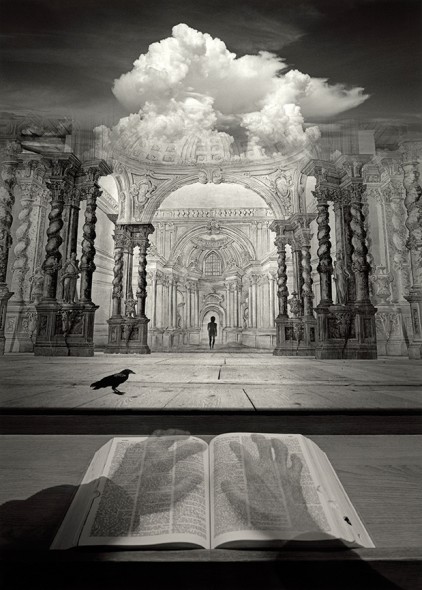