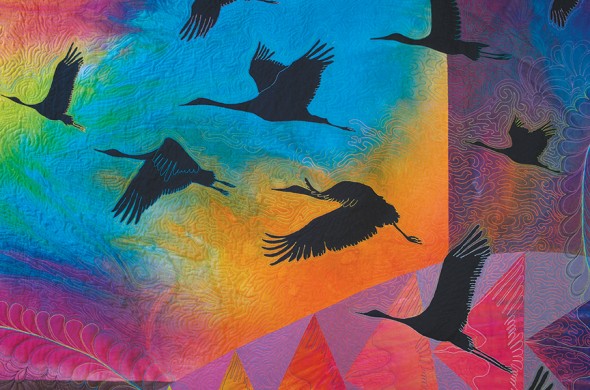 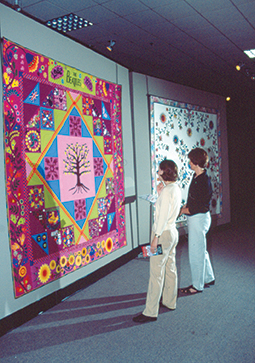 Paducah, Kentucky, known as Quilt City USA by its many fans, now has a new honor that will bring it even more attention. In November, it was named a member of the Creative Cities Network by the United Nations Educational, Scientific and Cultural Organization (UNESCO). The Creative Cities Network has a total of forty-one cities worldwide with Paducah being only the seventh City of Crafts and Folk Art. UNESCO promotes collaboration among its Creative Cities to foster stronger ties among art communities worldwide.

“It adds to our credibility as a cultural hub for quilting and the arts in general,” says Laura Schaumburg, marketing director for the Paducah Convention and Visitors Bureau.

Kentucky tourism officials say the designation will allow them to showcase the National Quilt Museum and Yeiser Art Center in Paducah, as well as the Paducah School of Art and Design, which has programs in photography, drawing, painting, ceramics, sculpture, and jewelry.

In the mid 1980s, the American Quilter’s Society was founded in Paducah and began hosting an annual Quilt Week that draws people from across the globe. Held in April, the event features workshops, a vendors’ mall, and an intense competition that Schaumburg says is dubbed the Kentucky Derby of quilts.

“About 30,000 people come every year,” Schaumburg says. “Considering our population is 26,000, that’s pretty big. They want to see who’s going to win Best of Show. That’s always a big thing.”