On the Town with Ted Clayton

Nicholas and Alexandra, Peter the Great, The Romanovs: The Final Chapter, Catherine the Great: Portrait of a Woman, Margaret Ann Robinson. So, you think, what does Margaret Ann have to do with these amazing biographies? Well, Margaret Ann is a living legend of the Nashville social history, and as the grand hostess she is, she hosted the kickoff of the 2013 Literary Award Weekend at her charming, stately home. The biographies I mentioned are all written by Robert K. Massie, this year’s recipient of the Nashville Public Library Literary Award. Co-hosting this annual patrons event often known as the Best Book Club in Town were Barbara and Jack Bovender, Nicky and Jim Cheek, Mary and Charlie Cook, Lee Pratt and Neil Krugman, Lynn and Jack May. As always at this fine evening, our very own John Seigenthaler hosted a conversation with the honoree, a most enlightening conversation and a Nashville tradition. 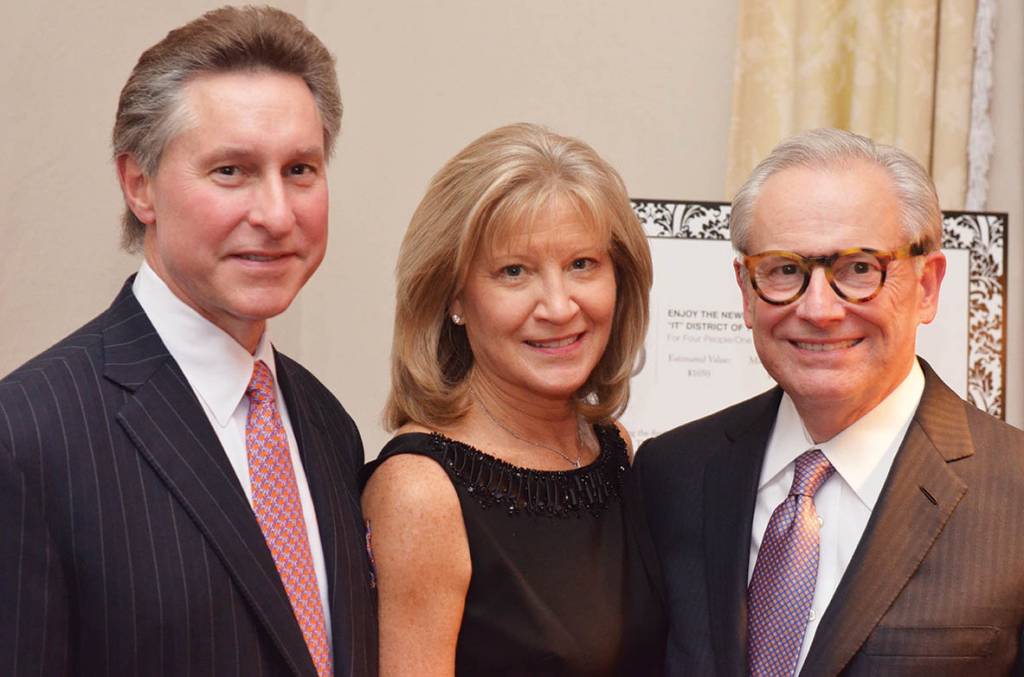 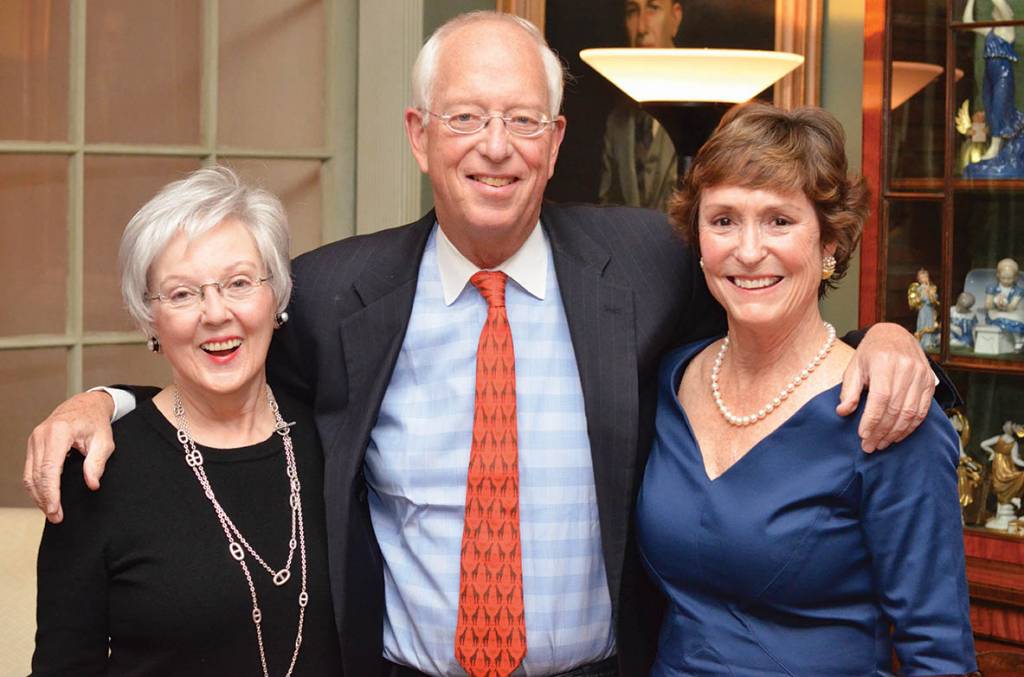 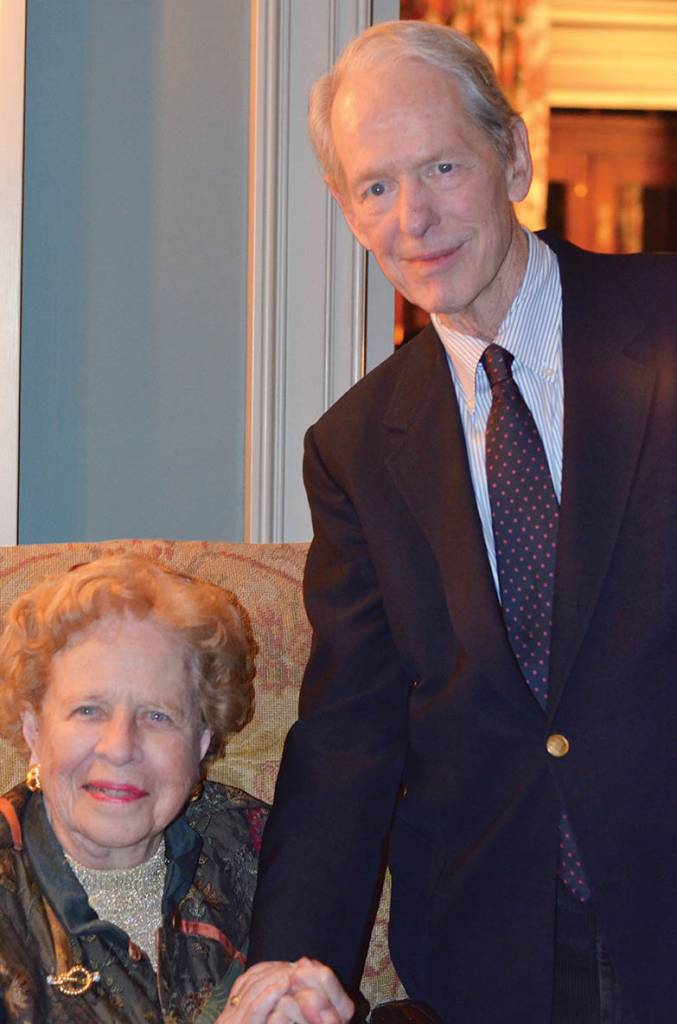 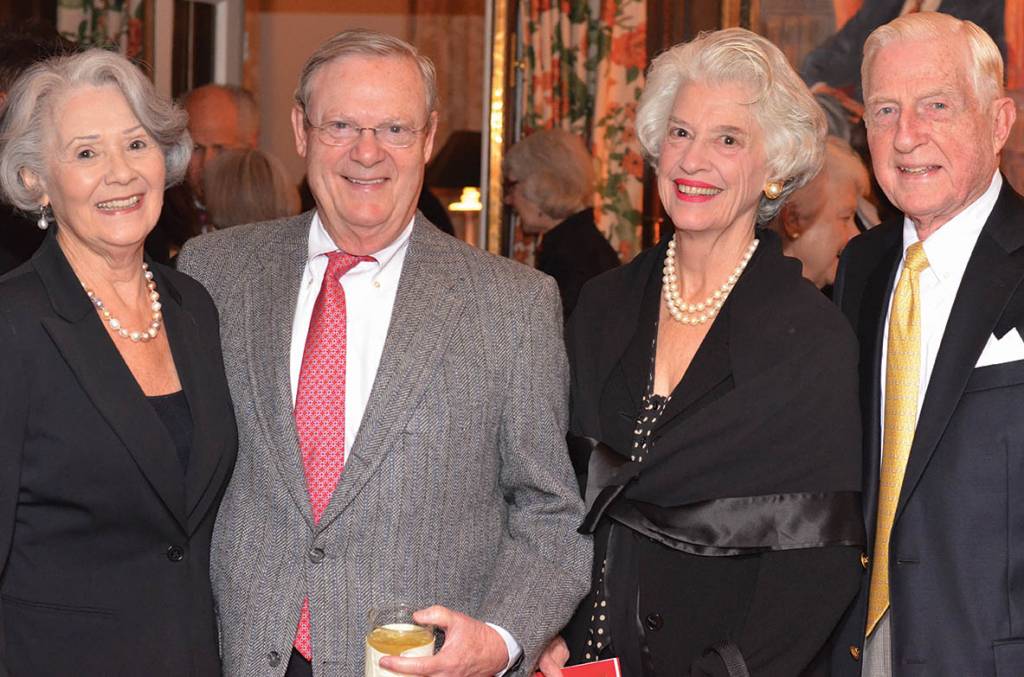 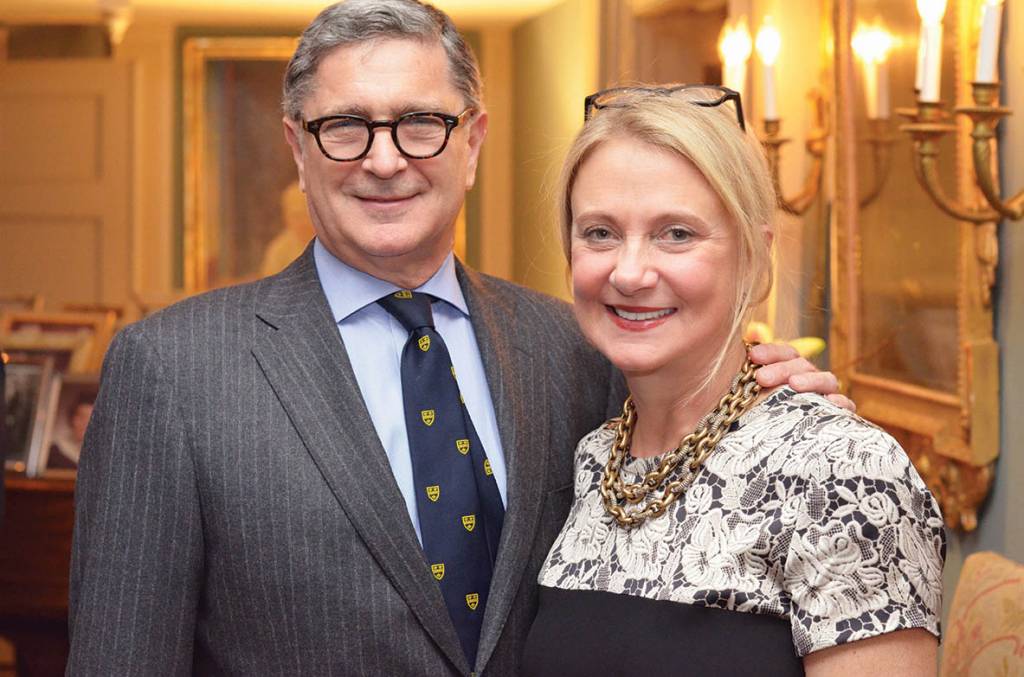 Literary Gala Chairs Kate Satz and Jessica Viner were seen welcoming Dana and Tom Sherrard, Robin and Bill King, Beth and John Stein, Beth and Dave Alexander, Julia and Bob Lowe, Julie and Frank Boehm, Kay Cheek, Jean Ann and Barry Banker. Another most interesting and enjoyable affair at the home of Margaret Ann the Great! Gary the Great, as in Gary Haynes of Haynes Galleries (I am on a Royal Russian Roll!) along with his lovely and charming wife Joanne (the Great!) hosted a holiday affair showcasing Small Things. Small works of original art would make for a most happy and joyful Christmas morning seeing that Santa is quite the sophisticated art lover, leaving such goodies in one’s stocking! Making their list and checking it twice were Rick Davis, David Durham, Stefan Hamulak, Jody Thompson, Sheila Baldwin, Linda Bird, Maureen Catalina, V Mammina, Lee Greathouse and Albert.

Arrive on the red carpet, light up a Lucky Strike, indulge in a highball and Godiva truffles, shop till your credit card says stop at Tiffany and Gus Mayer, dine on a four-course dinner by Chef’s Market, dance to the tunes of the Rat Pack by the Craig Duncan twelve-piece orchestra. Sound like a dream? Well, that it was at the first and only “Mad Men Affair” benefiting the Nashville Opera, held at the new Lexus dealership in downtown Nashville. Hundreds of patrons filled Madison Avenue, circa 1960. Host couples Joy and J.R. Roper, Judy and Joe Barker, Barbara and Jack Bovender, Sue and Earl Swensson were front and center. Chic ’60s attire was oh so well seen on Anne and Bill Whetsell, Tooty Bradford, Anne Sheppard . . . now just let me tell you how clever Anne is: instead of sporting one of her many jeweled pendants she was sporting a Goldwater for President button. Now that took some thinking, folks!  Also outstanding among the patrons were Larry Lipman with his comb-over and black, thick-rimmed glasses and the snappy Morel Harvey looking as smart as she would have in the ’60s only she was five years old then! 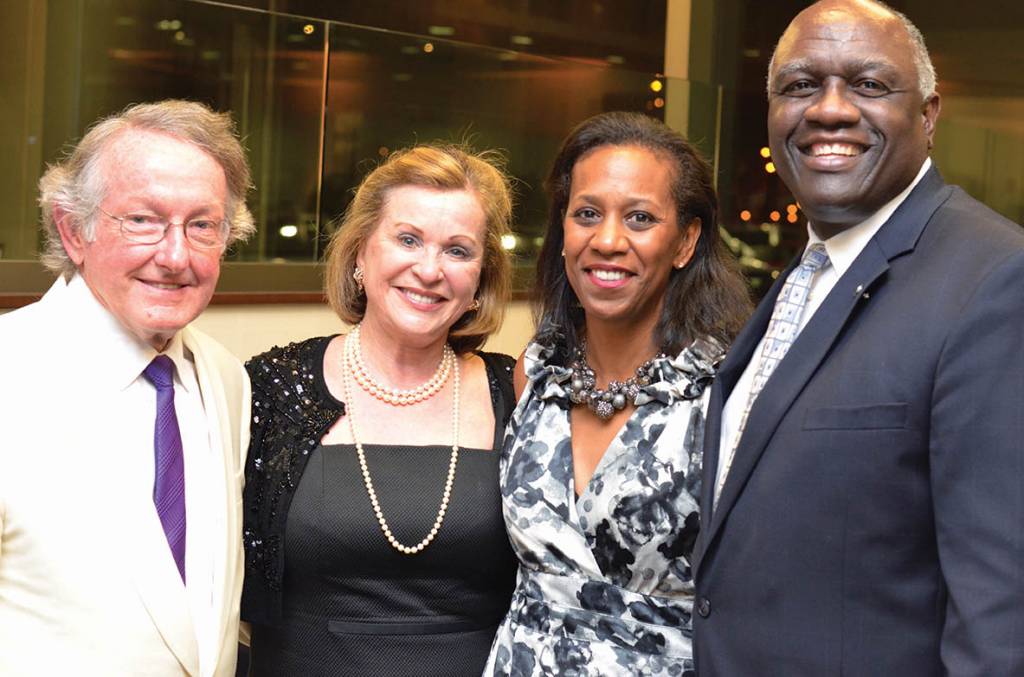 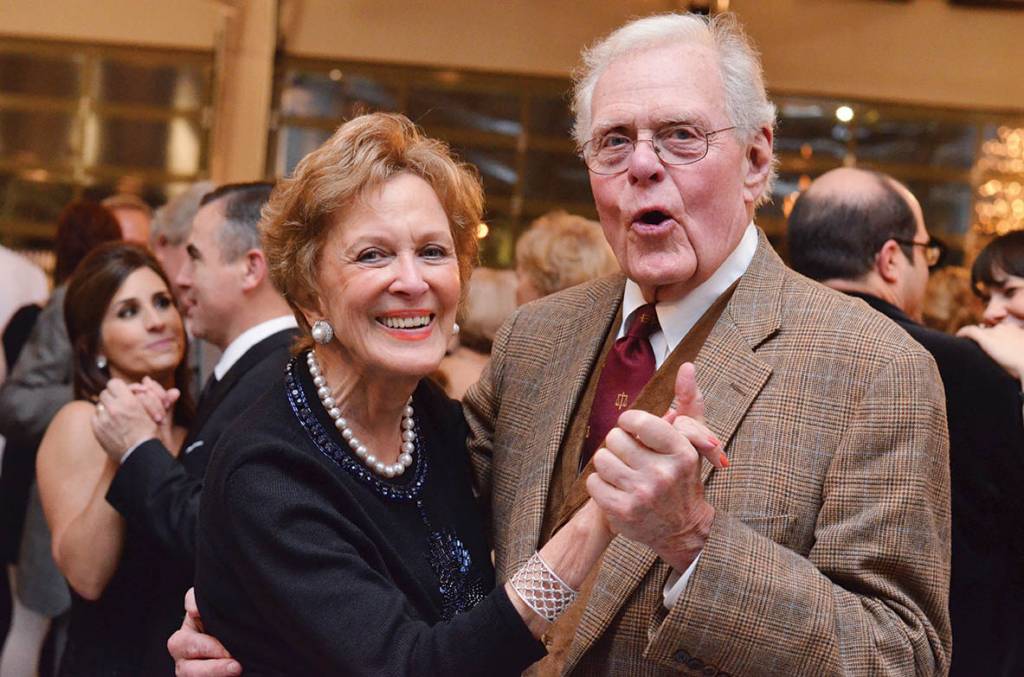 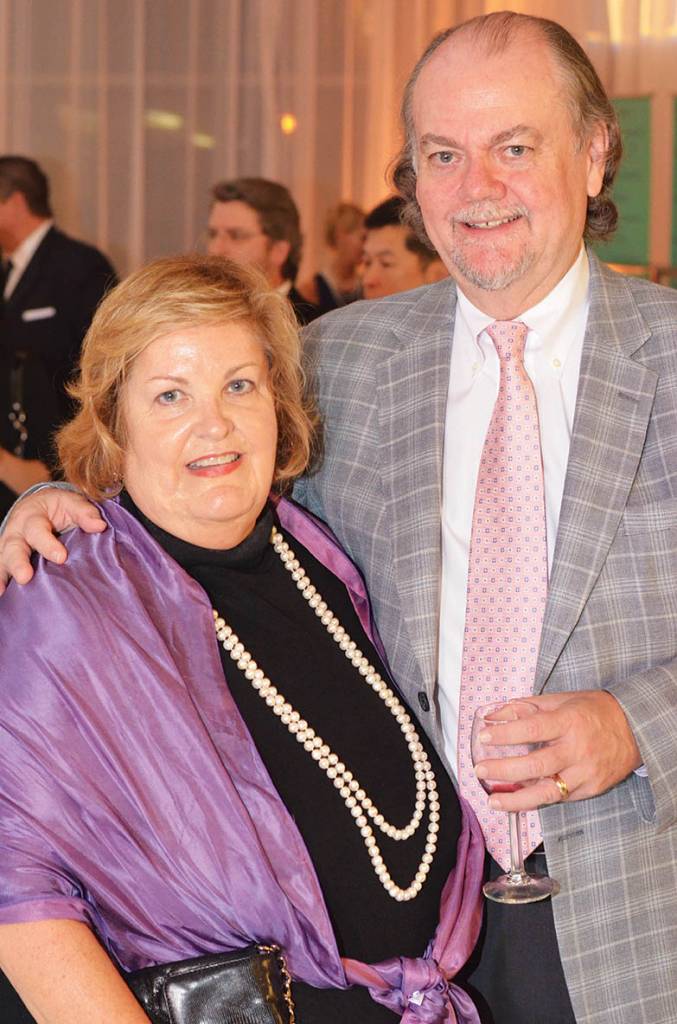 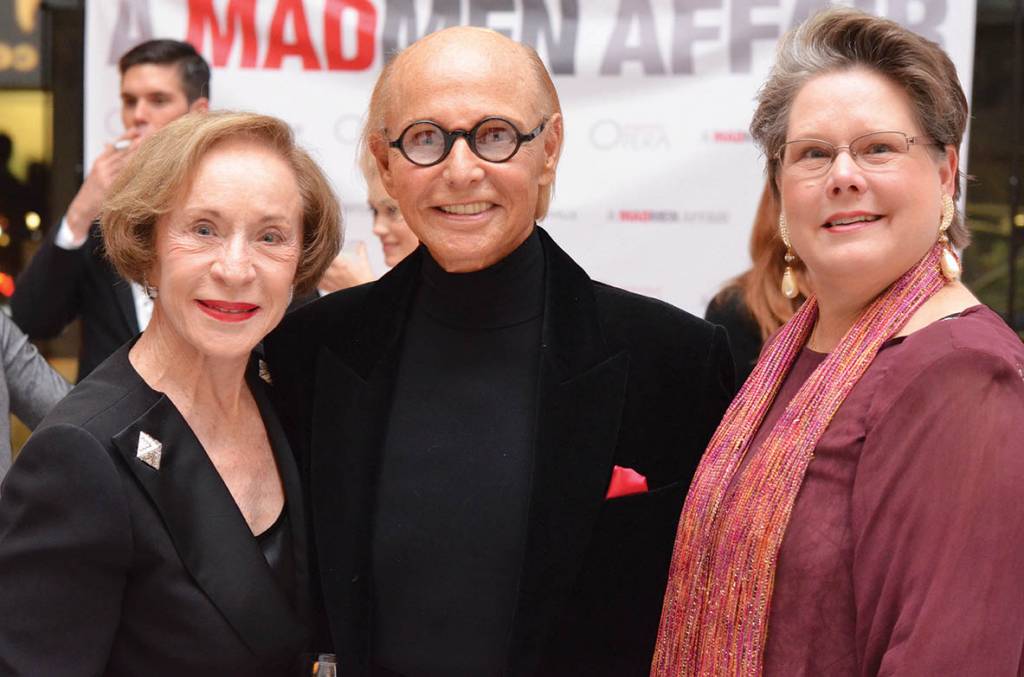 Speaking of Lucky Strike cigs—well, to be honest, these were the new water vapor thingies that have no tobacco but are so much fun to play with. One lovely lady that shall remain nameless whispered to me, “I have the most gorgeous hands; I need to start smoking again so people will see them and this diamond!” The sparkling new Lexus service department (no cars) was filled with draped tables where guests enjoyed the dinner, a quite tasty ’60s menu. Debbie and Donald Holmes, Ann and Michael Saint, Sissy and Mark Simmons, Doris and Dennis Wells, Laurie and Steven Eskind . . . you know, that A-list of ’60s socials that still know how to have fun without that high-tech computer. I would much rather dance with a lovely, sexy lady than a computer mouse any given night! 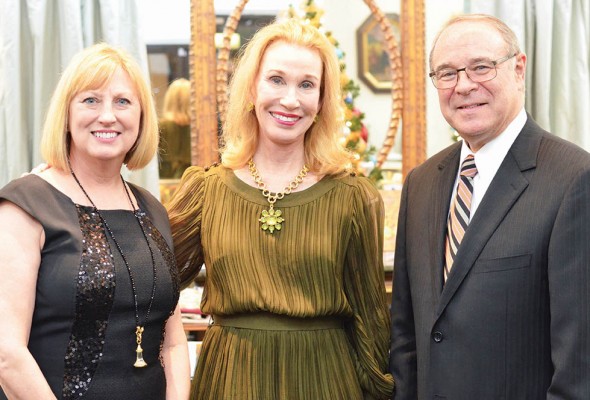 I had the best visit with my new friend the glamorous Elizabeth Locke at a holiday showing of her jewels at Ward-Potts Jewelers. From the enamel, nineteenth-century, micromosaic pendants to the Venetian glass intaglio earrings, this was quite an exceptional collection. In fact, as owner Bill Sites told me, this was the largest Elizabeth Locke collection ever viewed in Nashville. Elizabeth and Jack Wallace were collecting some Christmas thoughts, as were Katherine Delay, Barry Caldwell, Mary Clark, Henny Morris, Rhodes Hart, and, of course, the jeweled hostess, Cyndi Sites. OK, I move fast when I meet a lovely lady—Elizabeth and I have a dinner date in January at the Brazilian Court in Palm Beach!

After a year of financial challenges, the 29th Annual Symphony Ball emerged as one of the finest. Patrons were overwhelmingly excited to be there to witness that our Nashville Symphony is focused on the future as one of the jewels in our city’s crown! Despite the challenges, Chairs Jane Anne Pilkinton and Jennifer Puryear, along with the design team Melissa Mahanes and Lynn Civitts, created “A Midwinter Night’s Dream” throughout the Laura Turner Hall. 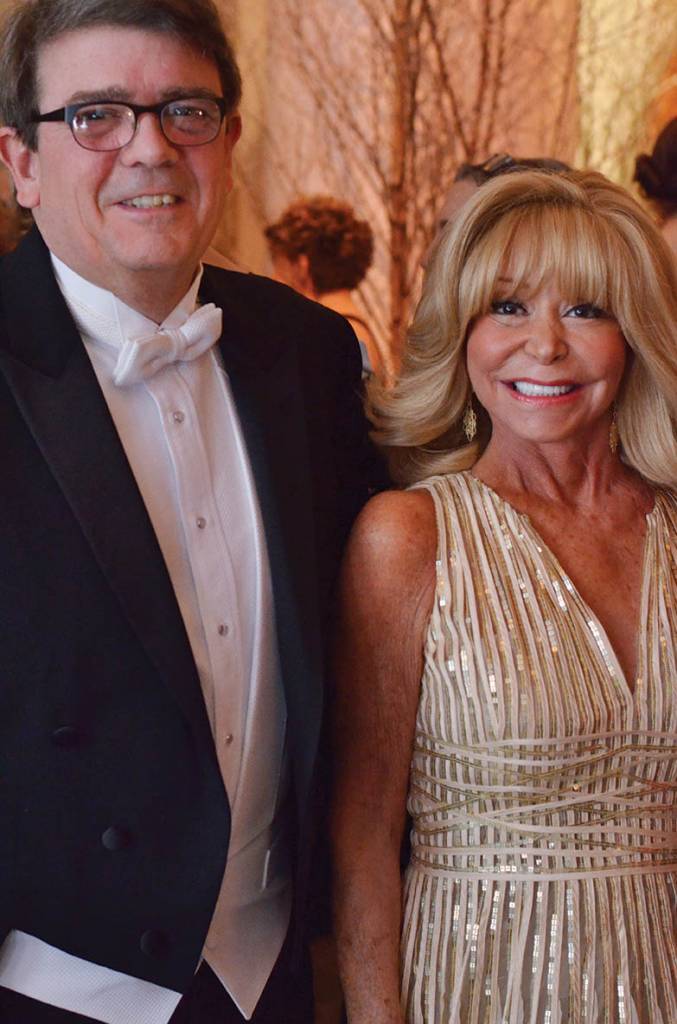 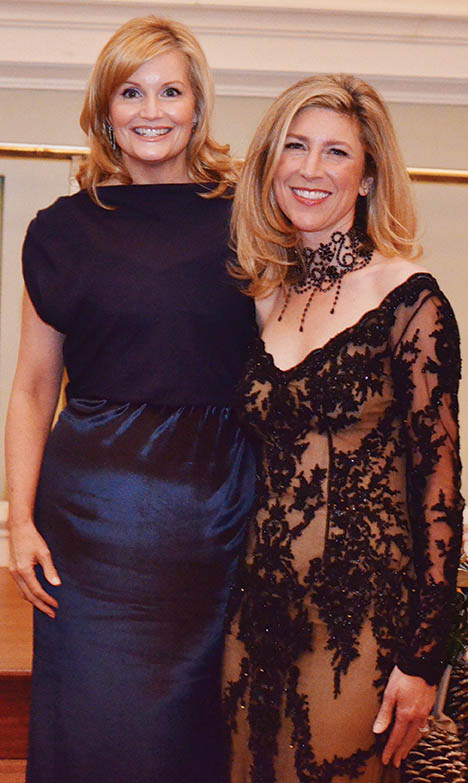 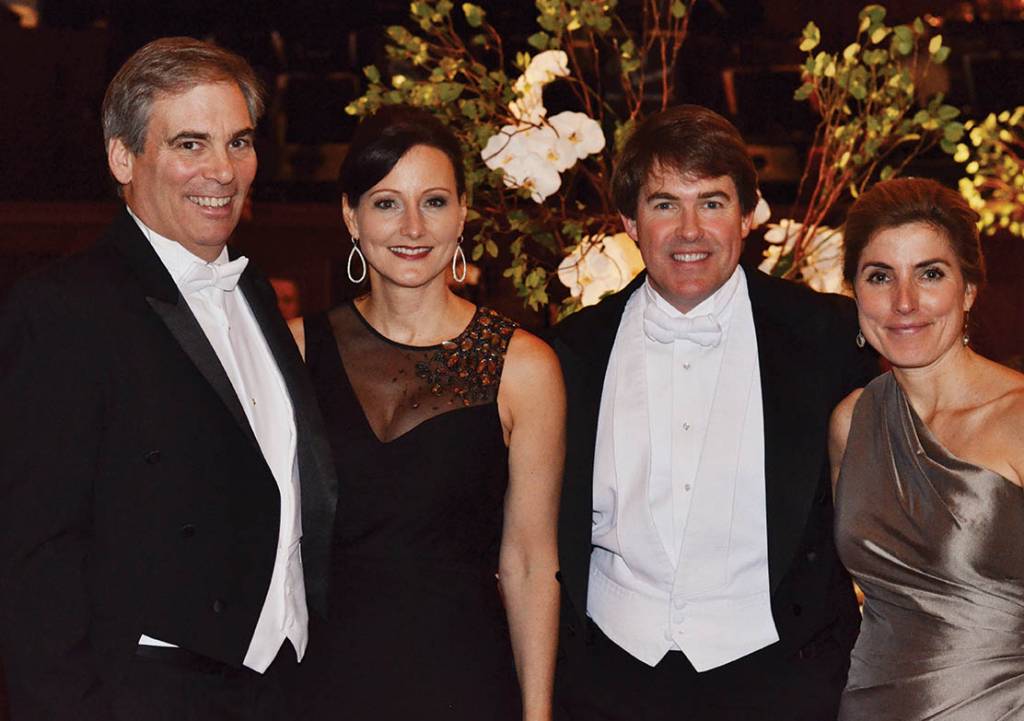 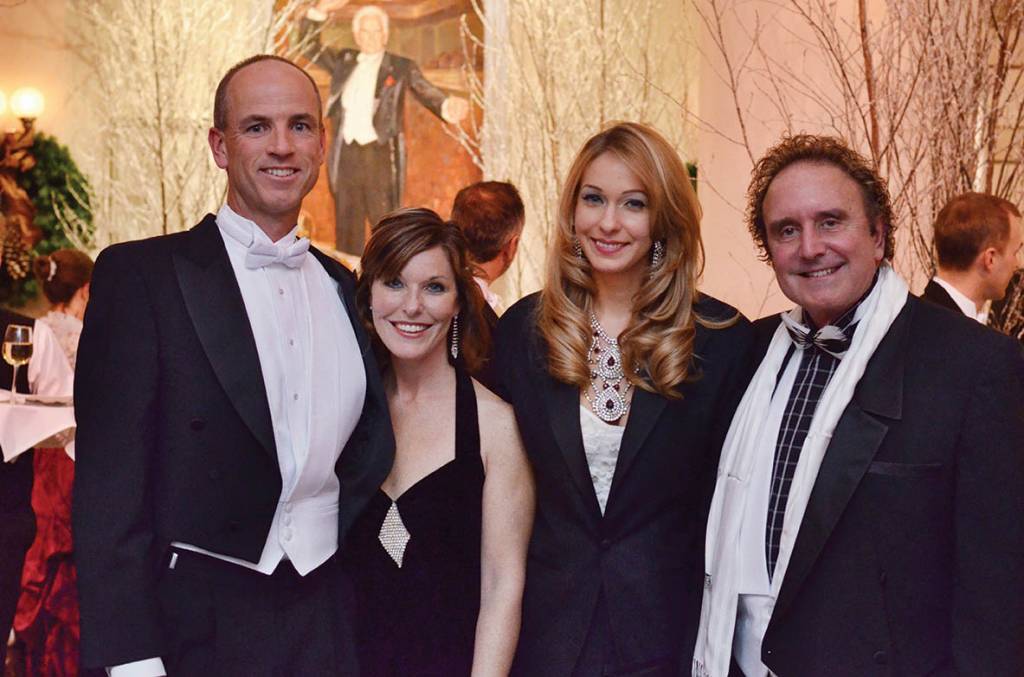 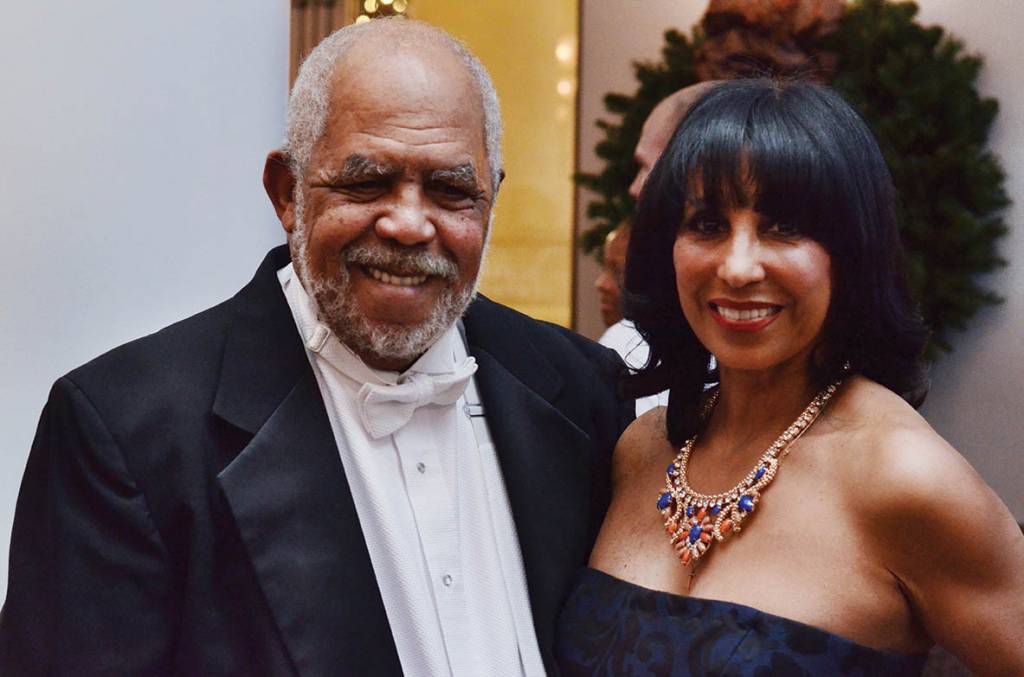 Tall, leafless trees with a light dusting of snow, accented every so often by a red cardinal, lined the perimeter of the hall. White orchids graced glittered, freshly cut birch logs as stunning table decor. Speaking of décor, it must be mentioned that this Midwinter Night’s Dream was designed and created by an all-volunteer force—that is correct, all volunteers—once again showing the concern by the chairmen to raise as much money as possible for our Symphony. On the same note, the Nashville Symphony outshone itself before, during, and after dinner with continued festive, classic, holiday tunes. Celebrating its 50th anniversary this month, the Nashville Symphony Chorus performed, with more than 160 voices in concert to standing ovations!

My favorite gown of the evening was a vintage beauty elegantly designed by Count Ferdinando Sarmi and worn by the lovely Nichole Huseby: a 1965 sleeveless, red passementerie lace gown with a pleated, red silk charmeuse cummerbund and rosette waist with red faceted sequins throughout. Jackie Smith appeared in a custom tuxedo designed by Rober’ and enhanced by an extravagant diamond and ruby necklace. This was such a lovely holiday affair, summed up by my close friend Nancy Hearn, who is never without a quote for me: “Simply delicious and spectacular evening,” and that, my friends, it was!

As always I wish you a most exciting and artful 2014. My New Year’s resolution is to continue to furnish you with the most detailed of social events in our most loved city!