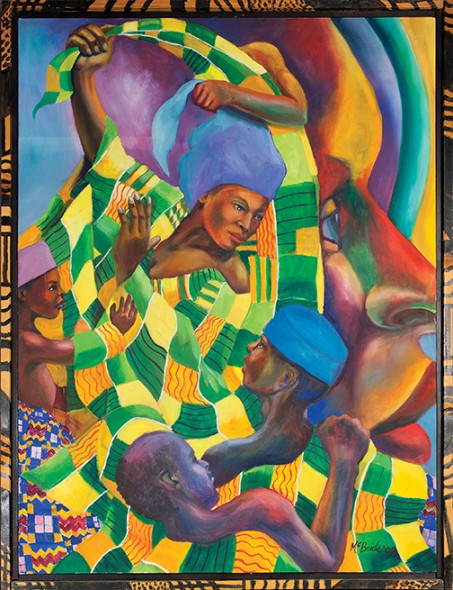 There was a period when African American artists were overlooked by critics and collectors in the mostly white art world; yet, still inspired by their vision and passion, they continued working and producing art, paving the way for generations to follow. The art produced in our state by notable African American artists, beginning with the Great Depression and continuing through today, are among the works amassed by the Tennessee State Museum. The museum’s collection includes such internationally recognized artists as Beauford Delaney and nationally known talents as William Edmondson, Joseph Delaney, Aaron Douglas, and Bessie Harvey. In February, the State Museum will put these rarely seen works on view in the exhibition A Creative Legacy: African American Arts in Tennessee. A glimpse into the history and social culture which influenced these artists provides an opportunity to further appreciate these particular treasures. 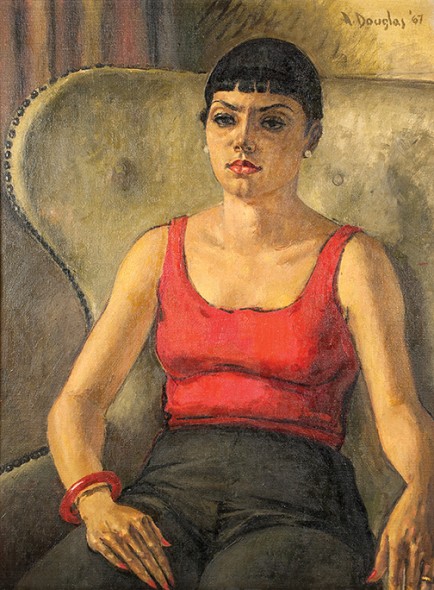 As the twentieth century dawned, the arts began to blossom in Tennessee. With a growing urban population and higher educational and income levels, more people appreciated beautiful things in their lives and could afford to acquire them. In 1930, Fisk University commissioned Aaron Douglas to create a set of murals for the lobby and reading rooms of its new Cravath Memorial Library. Featured in the card catalogue room is a cycle of images depicting an African American Apollo and Diana and African Americans working in the arts and sciences. In the upstairs reading rooms, the murals showcase life in Africa prior to being kidnapped and sold into slavery. Toiling in the fields in America, and graduating from Fisk University itself, are also depicted in the artwork. The murals, which Douglas entitled with the themes Negro in Africa, Spirituals, Negro in America, and Negro Labor, are considered to be a significant American treasure.

In 1939, while completing his M.A. at Columbia University, Douglas accepted a part-time teaching position at Fisk. He became a full-time faculty member there in 1944 and was the chair of the art department at his retirement twenty-two years later. The first nationally known African American artist to work in the state, he influenced the next generation of artists here, including Greg Ridley and David Driskell. 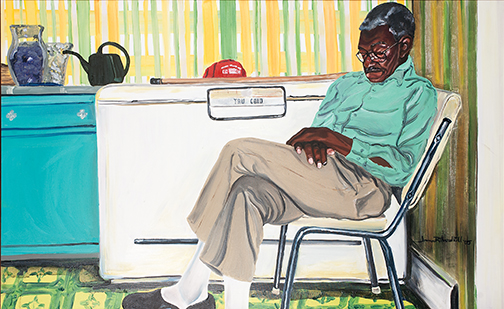 Driskell followed Aaron Douglas as chair of the art department at Fisk from 1966 to 1976. He is now the leading figure in researching and writing about African American art. His paintings are highly sought after and collected. Greg Ridley, like both Douglas and Driskell, was a teacher as well as an artist, who worked in both painting and sculpting. Locally, his most-well-known works are the repoussé panels showing Nashville’s history in the Grand Reading Room of the Main Library and the panels on the doors to the Van Vechten Gallery at Fisk University. The museum owns seventeen Civil War-themed panels by Ridley and several of his paintings. These range from a portrait of Christ to Native American figures, African masks, and figurative works. 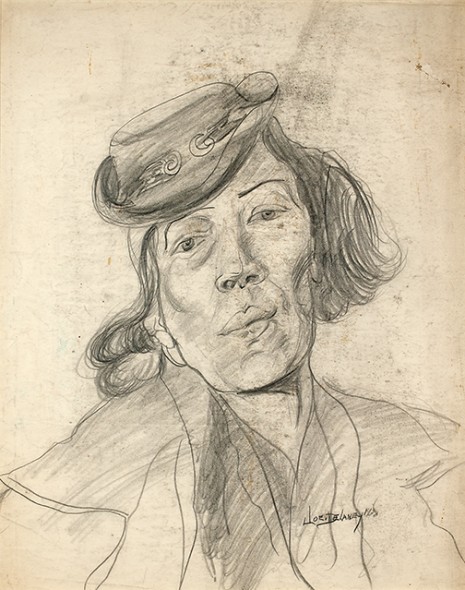 Joseph and Beauford Delaney grew up in Knoxville in the early twentieth century, a difficult place and time to be a person of color. Because they were part of a very small minority in that region, they experienced poverty and educational challenges. But Lloyd Branson, a distinguished Caucasian artist there, took them under his wing, helping to train both as artists. They blossomed, and both moved north to New York City to pursue their careers. Joseph, being the eldest, went first. As a man-about-town, he greatly enjoyed life in the city. Beauford followed, moving into Greenwich Village. Yet the two had inherent strikes against them in cosmopolitan Manhattan: they were African Americans and Southerners. Beauford, who was also homosexual, was often harassed as a result. Joseph remained in New York, where he garnered some attention and success, while Beauford departed for Paris, France, where he did much better. Despite their hardships, both Delaneys have left lasting legacies in art. 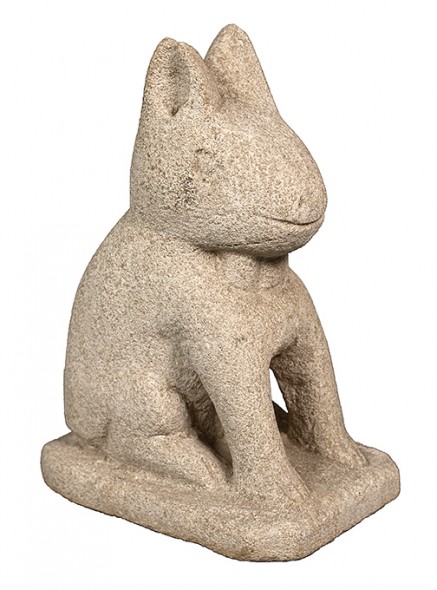 William Edmondson is one of Tennessee’s most acclaimed sculptors. Largely self-taught through his work as a stonemason’s assistant, he began carving his own tombstones at the beginning of the Great Depression. He worked with salvaged Indiana limestone claimed from building demolitions, and so his stones were usually already in predetermined sizes. From these pieces he pulled his works free from someone else’s intent and set his self-styled “critters” loose in the world. He also made human figural pieces of great note, from preachers to nurses to Christ and Eleanor Roosevelt. But it was his garden ornaments that became his best-selling creations. He made birdbaths, doves, and ornamental sculptures, which local residents set out in their gardens. With the debut of his one-man show at New York’s Museum of Modern Art in 1937, major folk art collectors took note of him, and national collections began to acquire his work. 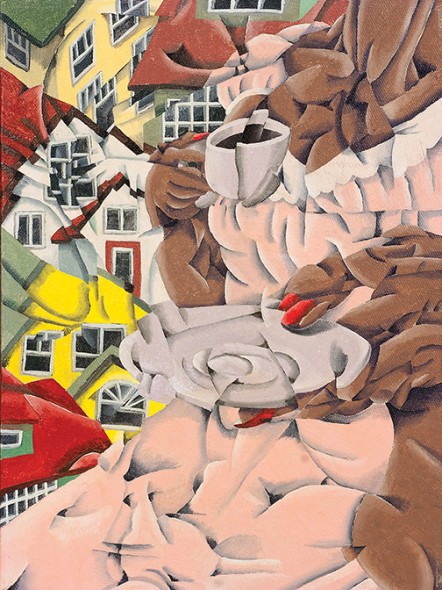 Bessie Harvey, who was born in Dallas, Georgia, moved to East Tennessee as a young adult. She ultimately made her home in Alcoa (outside of Knoxville) where she was employed at Blount Memorial Hospital. She began to make sculptures out of found objects, using Biblical themes as one of her primary inspirations. By the 1980s she was attracting a national following among outsider and folk art collectors. One of her better-known series of work was the one she called Africa in America.

The generation following her includes Michael McBride, James Threalkill, Samuel Dunson, and Alicia Henry. As with so many artists, all of them have taught at some point in their careers and continue to create work in their own studios. McBride and Dunson both teach at Tennessee State University, and Henry teaches at Fisk, while Threalkill has taught at Centennial Art Center. 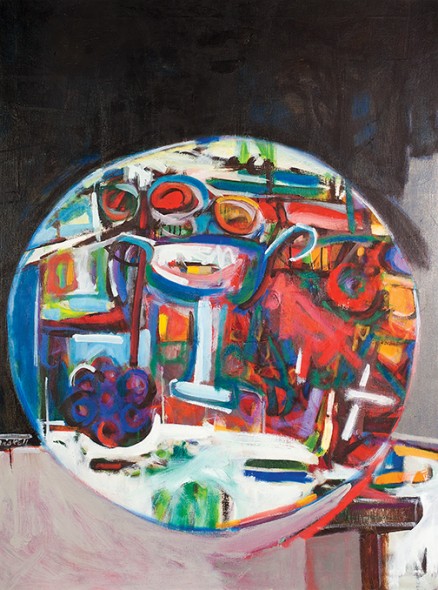 These generations of artists are just the beginning of a distinguished contribution to American art. Tennessee has much to be proud of with their work, their recognition, and their fulfilled promise.

A Creative Legacy: African American Arts in Tennessee opens on February 11 at the Tennessee State Museum and will be on exhibit until August 31. For more information on this exhibit, please visit www.tnmuseum.org.