Nashville School of the Arts (NSA) started as a magnet program within Pearl-Cohn in 1993 and became its own magnet high school beginning in 1997. I recently had the opportunity to sit down with four students to talk about their passions and what drives them to work in the toughest of professions. Each one underscored that while technologies and perspectives may change, the arts transcend generations, and creative kids still yearn to make something lasting.

NSA brings those students together, providing the kind of environment where they can take artistic risks. These students make a commitment to their goals and live it; they provide evidence the future is going to be a good one.

Junior Machaela Catherine Nesler started at NSA studying primarily violin but switched to choir, as well as playing viola with the choir ensemble. “My real passion is for guitar,” she says, and her ultimate goal is songwriting. (She has her father, songwriter Mark Nesler, as inspiration.)

Machaela gravitates toward folk music. “I think folk music has a certain realness to the lyrics that you don’t find in other genres. The words aren’t always easily self-explanatory, but they’re down to earth. And I love the instruments involved: mandolin, violin, guitar, steel guitar.”

After high school, “I definitely plan on college. I think I’ll end up studying in a good music business program. I’ll keep up with songwriting, absolutely, but I’m not making final decisions about my path yet.”

Machaela writes when she’s inspired, not on any schedule. “If something happens, I write. I do it when I feel I need to get something out. I’ll come back to look at it days later and to craft it into something away from the original emotions. Songwriting for me might be poking a wound, but as you write, you can sort of stitch it back together. It’s a healing process, better than Band-Aids.”

Why NSA? It gives her a greater sense of family and togetherness than other schools. “We all have a passion for the arts; it’s what holds us together. There are just lots more opportunities here, where they mix arts and academics, than at other places.” 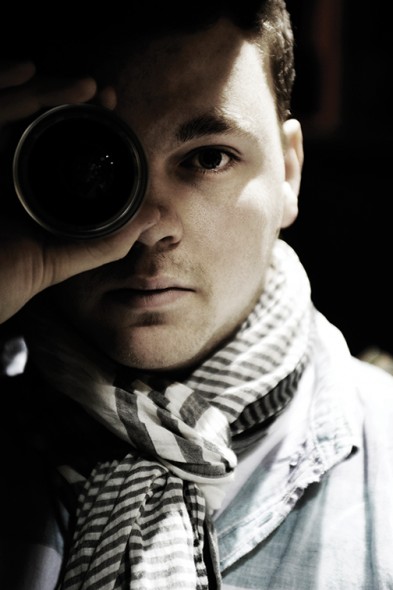 “What I love is that everything is hands-on here. I’m learning the details of filmmaking, of lighting and camera angles, of theatrical production. NSA is a big family, especially the cinema students.”

Dillon talks with enthusiasm about his advanced cinematography class and the history of human storytelling from cave paintings to early film. “My understanding has really evolved since I’ve been here. I mean, you can’t just start out if you don’t understand the basics behind the job descriptions. You have to learn, then apply it.”

He plans on taking off for Columbia College Chicago, eventually studying abroad. British and European directors inspire him, and he hopes to learn more about their perspectives.

“Filmmaking is my passion,” Dillon says. “I know it’s not an easy task. In the arts, when you start out, it isn’t about money. But when you have a vision, you know it’s not all going to be handed to you. I want to give back, and I want to do something original, not just repeat others’ ideas. You have to have originality or you are not going to get anywhere. And I’m lucky; I have the best cinema instructor Metro can offer.”

Blake Skelton, a sophomore, plays piano, viola, and violin. “I home schooled, then I had a friend who went to NSA for violin, and I looked into it. It just all worked out perfectly. NSA had the best vibe.”

She says while she gets solid academic classes, she has enough music to feed her love of it, including private practice time. Every aspect of music “speaks to me—learning about it, getting to play, hearing music; that’s it. It calms and grounds me. It’s special to me.”

It’s classical music foremost. “I love the Nashville Symphony. I’d live there if I could,” she says. Her favorite composer is twentieth-century master Fritz Kreisler, whom she appreciates both as a musician and a listener.

On a typical day, Blake gets in quiet morning piano practice, then has piano class, followed by academics through sixth period, violin practice at lunch, online classes every other day, then geography, playing with the choir and working with others, English, then off after school to orchestra or a Monday class at the Blair School of Music.

“It just works for me. I see myself going to a small liberal arts college, maybe studying music academics. As long as it involves music, I’ll be happy,” she says. 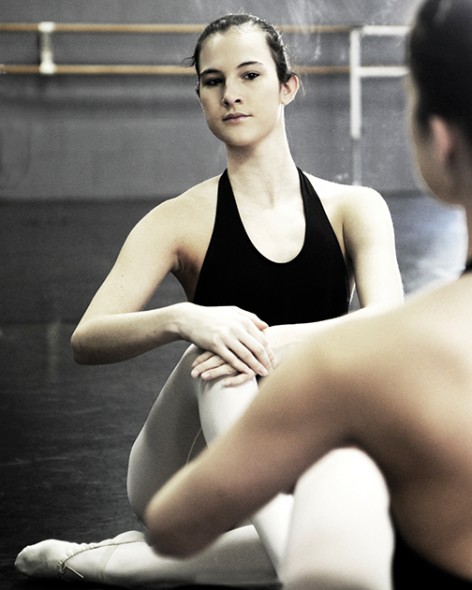 Sydney Hilliard has danced since she was two years old, with a focus on ballet and modern dance. “My sister went [to NSA], and that’s how I knew about the programs,” she tells me. She balances the academic rigors of a regular high school with at least an hour and a half of dance technique classes plus history of dance. She’s currently dedicated to her Choreography 2 seminar, creating and producing her own 75-minute show.

Asked about choreography, she says: “It’s just that I feel I can see different pictures in my head, and I love being able to put it on, creating something. Even if I’m not dancing in it myself, I feel I can inspire people.”

Hilliard sees herself getting a bachelor’s degree in dance at Kennesaw State and perhaps eventually starting her own company. She’s not sure whether to stay in Nashville or go to the Atlanta area. She says, “There’s so much unrecognized talent around here, it would be nice to get to show it.”

Inspired by Martha Graham, Merce Cunningham, and local teachers Stacie Flood-Popp and Debra Perry, Hilliard says dance is harder than it looks. As beautiful as it seems, it takes an athletic prowess to accomplish. “It’s hard; it runs deep; it’s like a language for us. It’s just so much more than movement and pretty twirling. I think about the training the football players I know go through—I think ours is harder.” Honing both body and mind at NSA, she’s ready for the next challenges, mental and physical, that come to her.