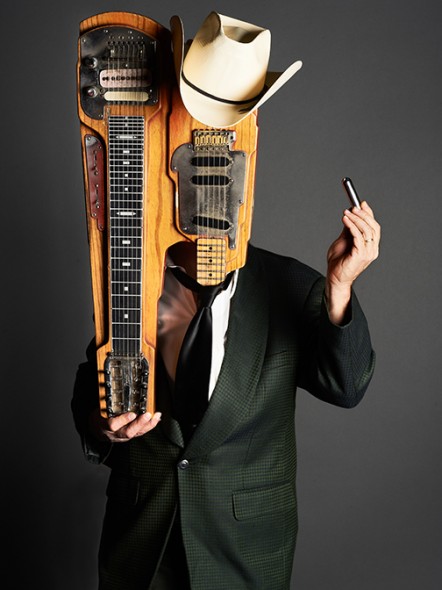 “When you mix art and music like Michael has done here, it’s phenomenal. It doesn’t get any better than this.”
– Allen Toussaint, legendary musician, composer, and producer. InstrumentHead art show, New Orleans 2013 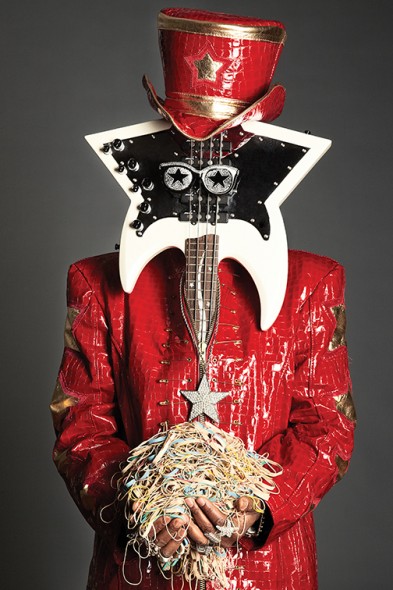 InstrumentHead, a portrait project that has captured an eclectic array of musicians and characters from Bootsy Collins to King Sunny Ade with their trademark musical instruments in place of their heads, is the creation of New York-based artist Michael Weintrob. Weintrob, who has traveled the world photographing artists and bands for renowned publications including Rolling Stone, Spin, Jazz Times, and Newsweek, recently traveled to Nashville to collect more material for his ongoing series.

The artist’s idiosyncratic approach evolved from the need to create portraits that would stand out among the sea of famous photographers. Weintrob understands the strong bond between a musician and his/her instrument. He discloses, “I decided to place the instruments in front of their faces to blur the boundaries between each individual and the tools of their trade.”

When asked to come up with a tagline to InstrumentHead, Weintrob says that the first thing that came to mind was, “Where their head’s really at,” though the artist wondered if this phrase was “a little contrived.” As he states, “I thought more about these intriguing, larger-than-life creatives for whom music is seemingly just as important as air and realized that ‘Where their head’s really at’ truly summed up the project.” 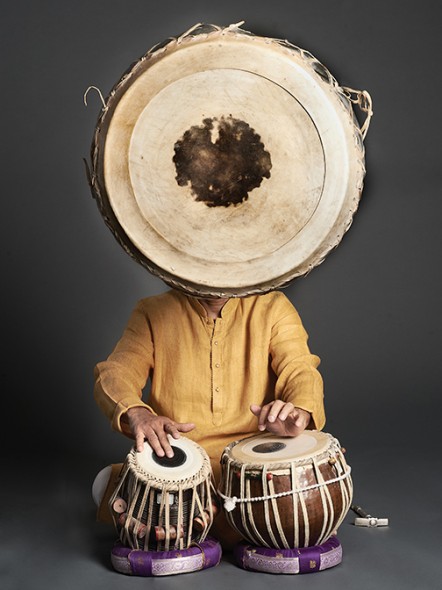 Though InstrumentHead includes several famous musicians, Weintrob doesn’t search for only high-profile or instantly recognizable artists to be his subjects. In choosing the musicians in his project the artist states, “Whether an individual is famous or an almost complete unknown, whether they play saxophone or sitar, the one thing they have in common is that music is central to everything they do.”

After extensive travels throughout the United States looking for interesting musicians to include in InstrumentHead, Weintrob says Nashville was an obvious destination with its deep music roots and abundance of talent in multiple musical genres. While staying in Nashville with friend and saxophonist Jeff Coffin, best known for his work with Bela Fleck and the Flecktones and more recently with the Dave Matthews Band, Weintrob set up shop in John Scarpati’s studio to photograph several Nashville musicians. His growing project has evolved to over three hundred portraits.

For more information about Michael Weintrob and his work, please visit www.michaelweintrob.com. 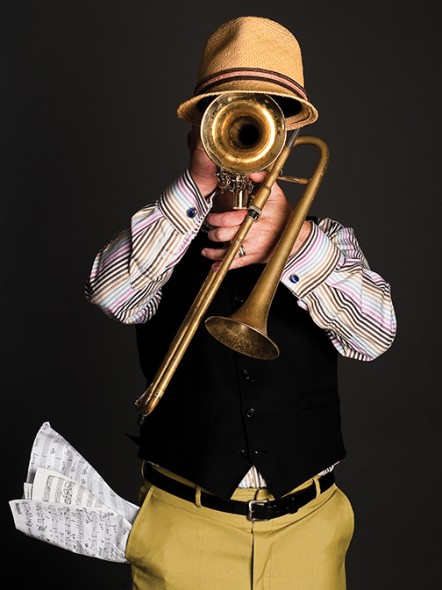