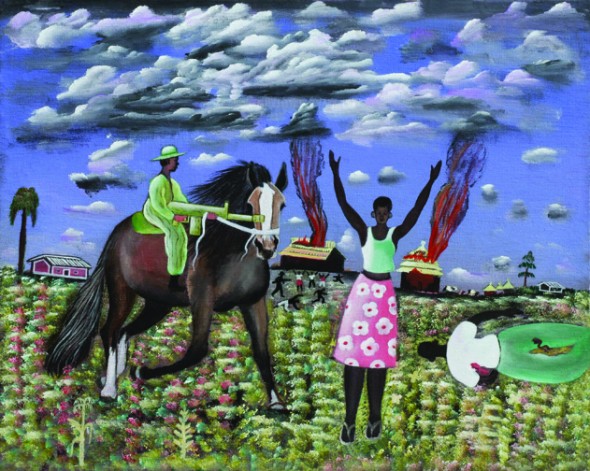 The Beginning of War 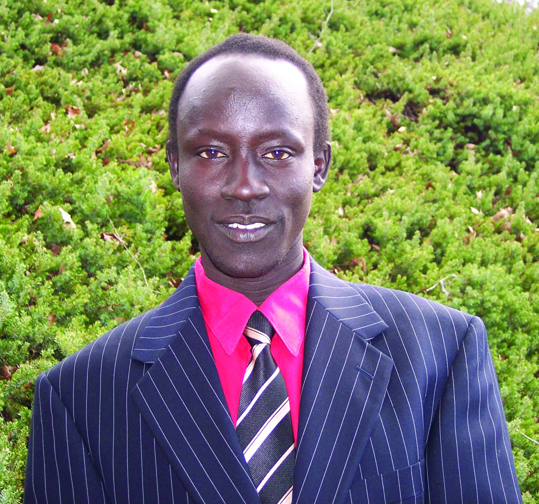 There is always movement in James Makuac’s paintings. Even in his Nashville skylines, which are often inspired by the view he has from his downtown loft, he can’t help putting a plane above the buildings. The 38-year-old knows plenty about moving. As one of the Lost Boys of Sudan, Makuac was one of 36,000 young boys driven from their families and villages in South Sudan in 1987 as a result of civil war. He traveled thousands of miles over the next years, from one refugee camp to another, often going months with very little to eat, before settling in Kakuma in Kenya and eventually being approved for emigration to the United States and Nashville in 2001. 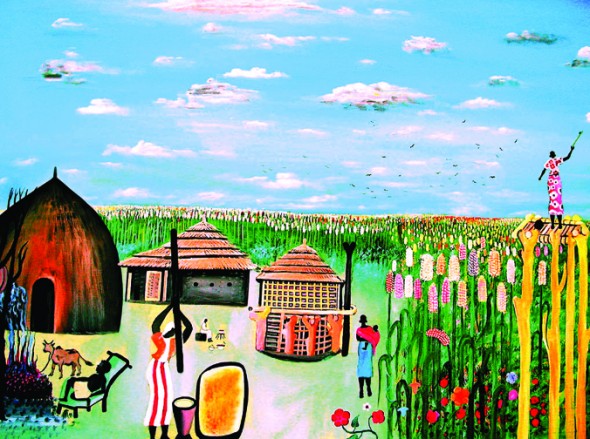 “I have a story to tell about people like me,” says Makuac in his apartment studio, which includes a copy of the new South Sudan flag taped proudly to the wall. “[I draw the planes because] I want to tell people that it was scary the first time I flew, from the camp to Kenya to Europe and to here, and then when I went back the second time to see my mother, but that this is my hometown where I live now.”

The fear of those first flights pales in comparison to what Makuac had been through in the more than a dozen years before. It’s that experience that makes up the bulk of the subject matter in a new collection of archival prints of his vibrant acrylic paintings, painted between 2006–2009, that hang this month at the Tibbott Center Gallery at USN.  While his art has been celebrated in Nashville before—he was part of a joint exhibit at the Frist Center for the Visual Arts in 2006 and has two paintings hanging in the new Music City Center collection—it is his first major solo show in Nashville and acts as a companion for a book, My Life Before: A Story of War and Refuge, put together last year by his friend and mentor the artist Lanie Gannon, that includes prints along with Makuac’s story. 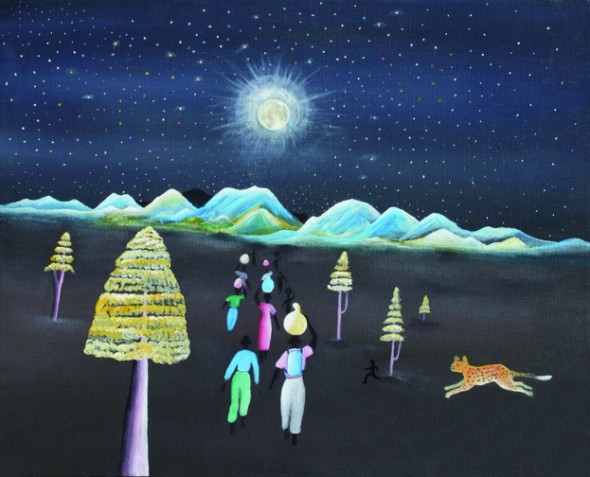 “He was meeting his mother, whom he had not seen in twenty years, and he wanted to show her what his life had been like as a child growing up and as an adult,” says Gannon. “So we put the book together so she could understand his story. Of course, his paintings have always depicted the larger narrative, which is why the exhibit is so important for everyone else to understand.”

By definition, because he is self-taught and tells stories of his culture and life, Makuac’s canvases may qualify as folk art. But his mastery of proportion and perspective belies his education. Roads weave and stretch deep into the background, revealing miles to go for the endless parade of refugees that must travel them in Escape for Narus, or Red Cross vehicles that traverse them in From Lokichoggio to Kakuma. Look past the forlorn woman in the foreground in Kakuma Clinic and you find a despondent child, hands thrown in the air at not being able to get in to see the doctor. In Leaving Kakuma, a faceless throng waits in the middle ground behind a fence as a lucky few line up in the foreground to board a plane. Some have their hands raised in the air in elation. 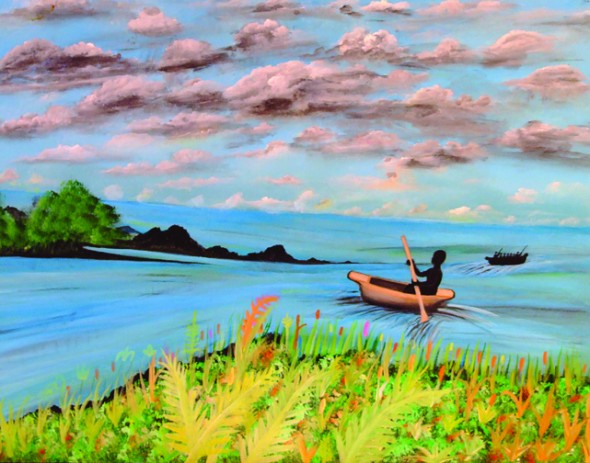 “We are happy to leave the life behind,” says Makuac of the painting. “We had been suffering a lot. When the United Nations interviewed us in 1998 and said most of you will come to the United States, that’s what I dreamed would happen. Some of the boys didn’t believe, but I believed.”

It is not hard, Makuac says, to recall the stories, many of them horrific, that the paintings tell. Sometimes “they come like dreams” to him, and he wakes up to sketch them. Other times, after seeing his paintings, fellow Lost Boys tell him their own stories. With each canvas, as he says in his artist’s statement, “It is as important to paint the horrors of war as it is a beautiful flower. 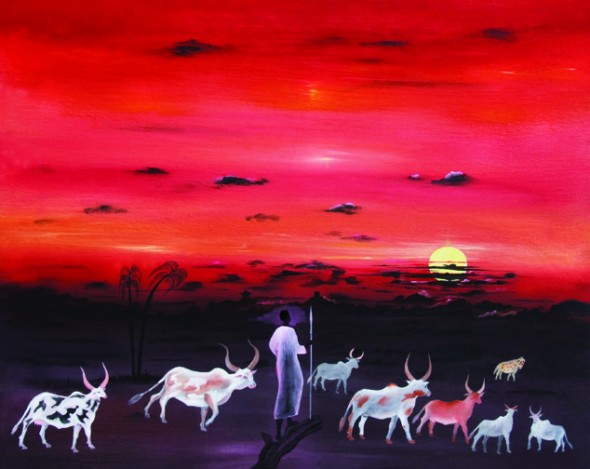 “Of course, God is the one who led you to come to this world,” he adds. “There is nobody who is not suffering in this world. Everyone is born to suffering. But one day, you’re going to get something good.” 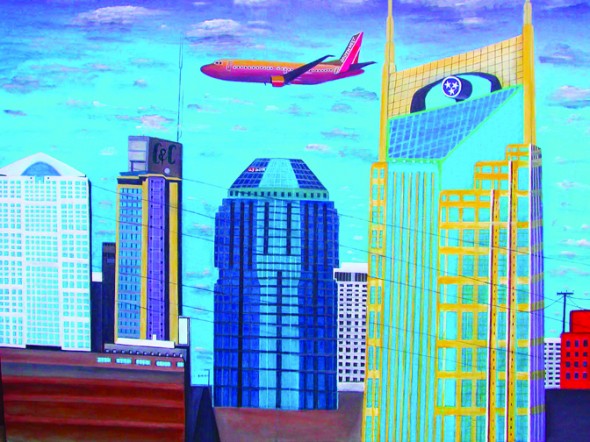