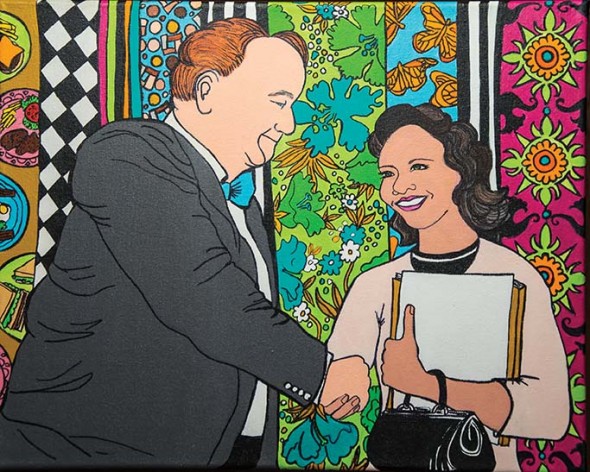 Free and wild as a child, Camilla Spadafino received her call to art in the form of a vein of clay found in a mud puddle. She dug it out and made a pot for her mother, an early education teacher who encouraged all three of her girls to express their feelings by drawing them on small pieces of paper. Having an uncle who was a well-known regional artist meant that the creative culture was alive and well in her family, and it was encouraged from a young age. Camilla was always the one asked to draw and create using her skills in sewing, decorating, storytelling . . . any method she chose. 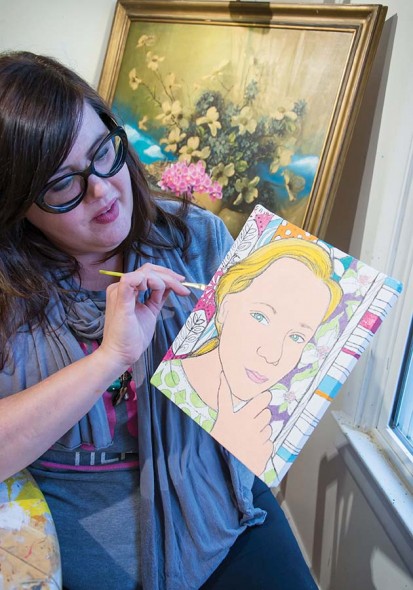 In high school, feeling constricted by the size of her images, she burst out in a fit of large-scale creativity by finding a building and making her art on the wall. However, one person’s art is another person’s vandalism, and she was encouraged to try a summer workshop at the local Memphis College of Art. There she found that there were other forms of art and ways to express it, and she looked toward art as a larger canvas that can encompass great ideas.

Throughout her college years she struggled to come to terms with creativity as a life choice. As an elementary teacher, she incorporated art into her curriculum, in turn educating her students and herself in the technical process of making art as well as helping others. A local artist’s group project focused on self-portraits has manifested itself in an abundance of art making, which has become an ongoing portrait series.

Spadafino is currently painting the faces and situations she sees each day in her East Nashville community. Her series titled Miss Camilla’s Neighborhood will be on view at East Nashville Family Medicine. For more information contact unboundartsnashville@gmail.com.