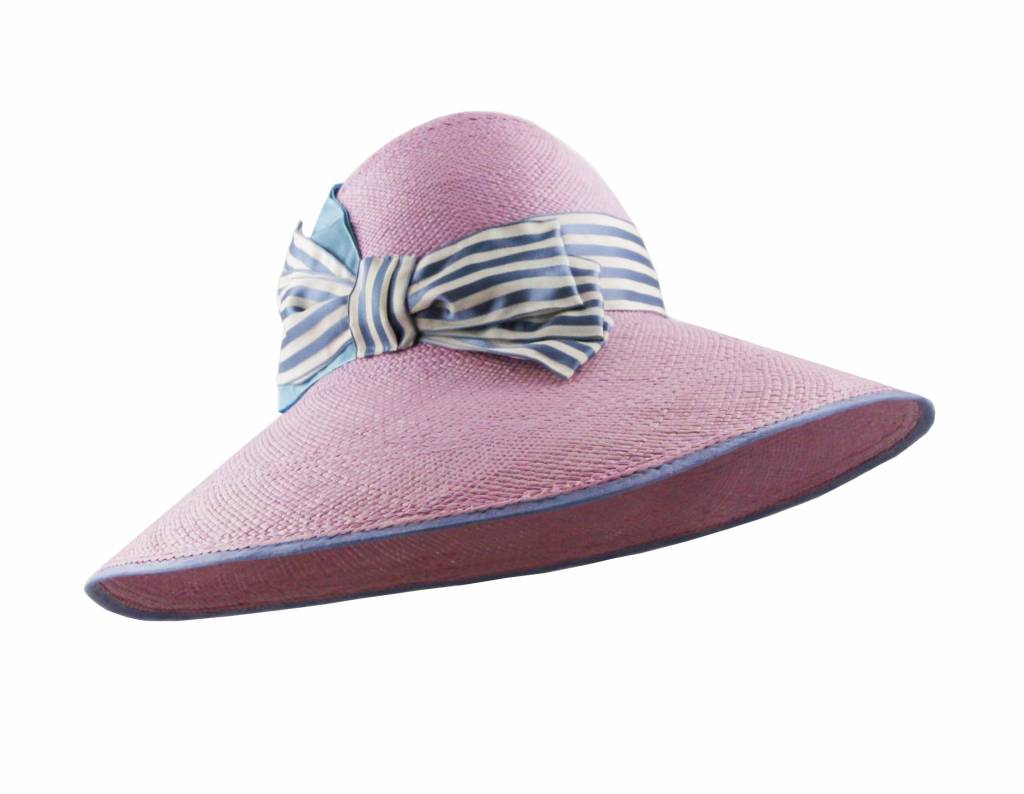 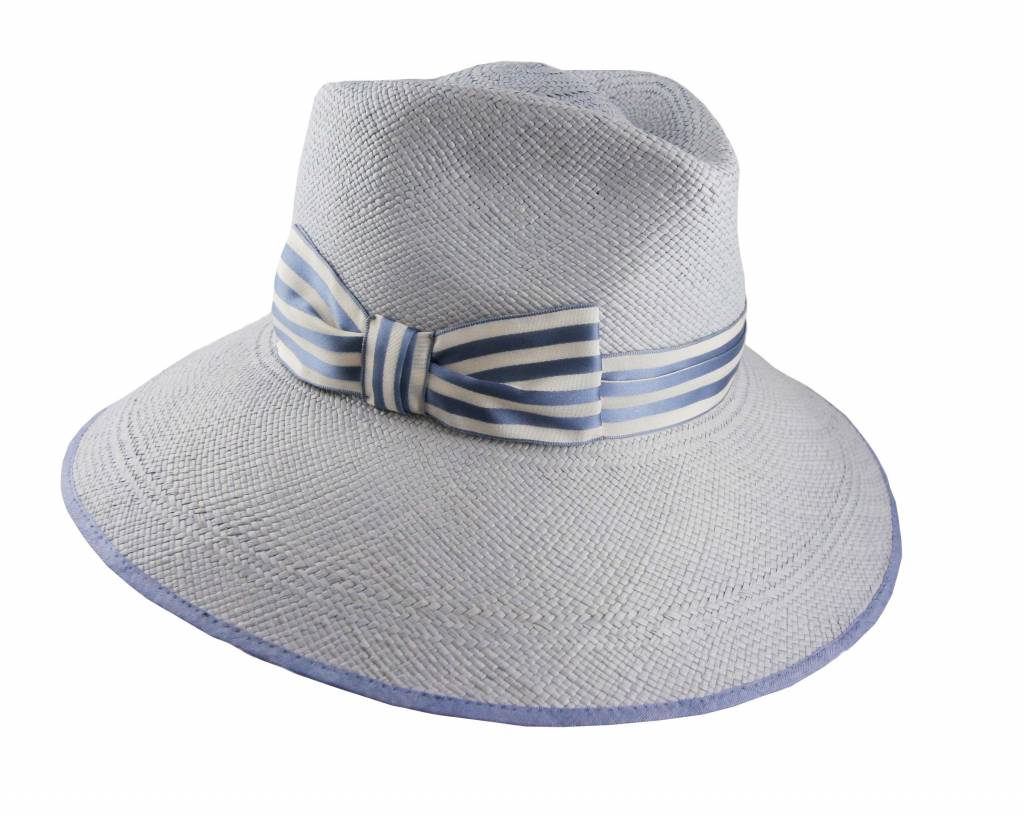 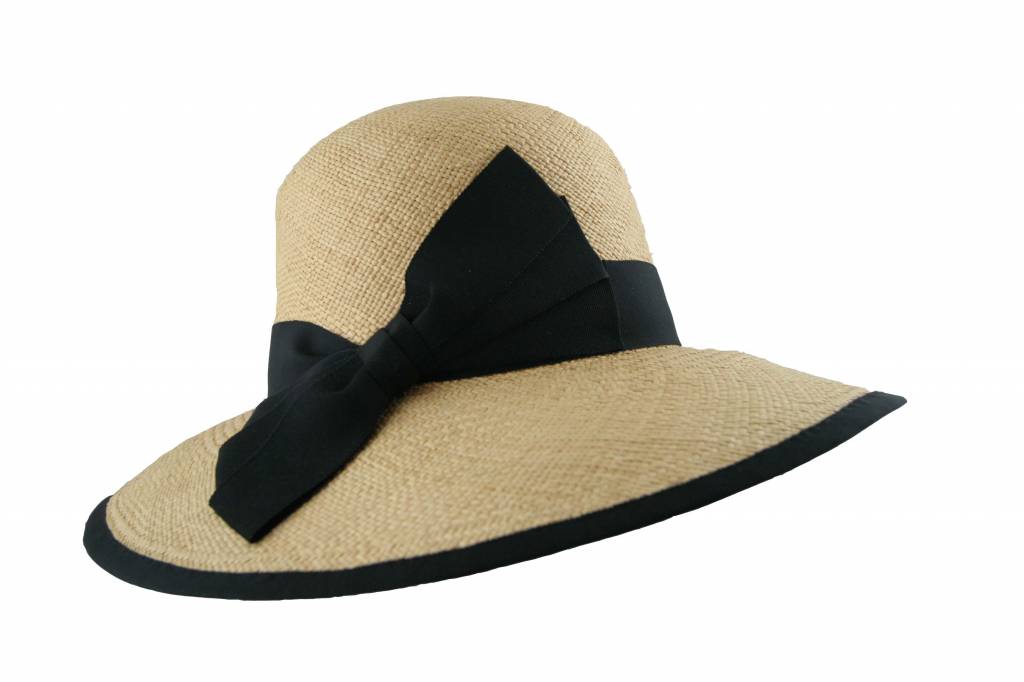 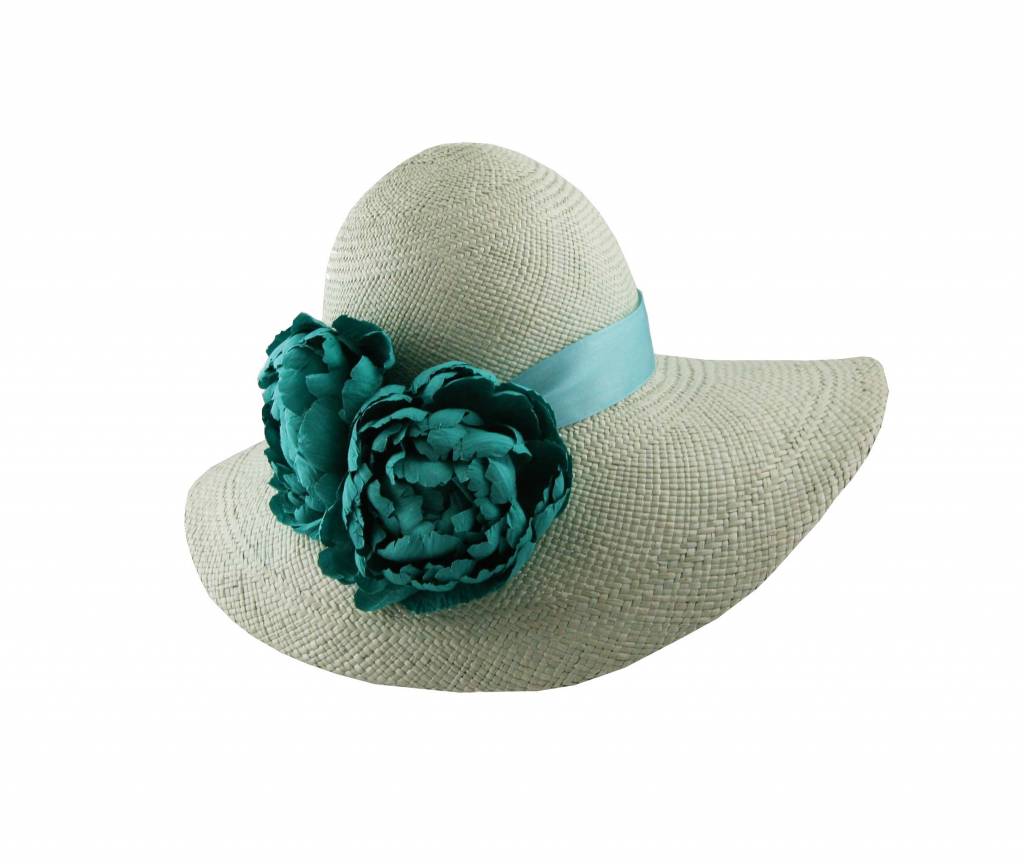 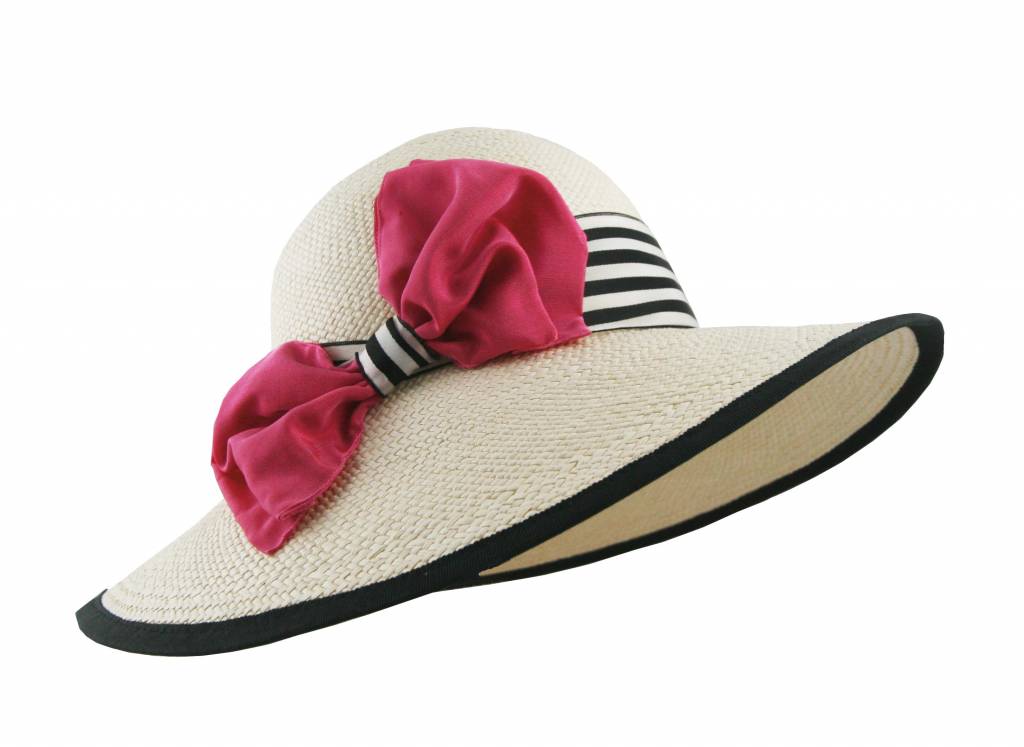 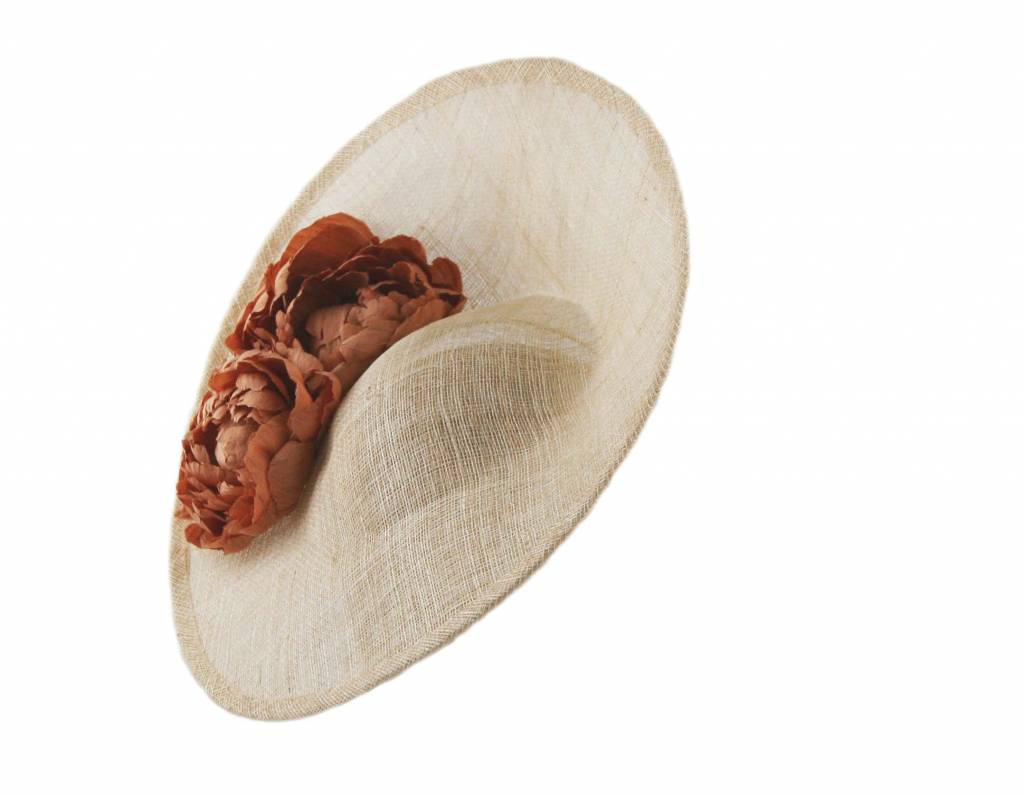 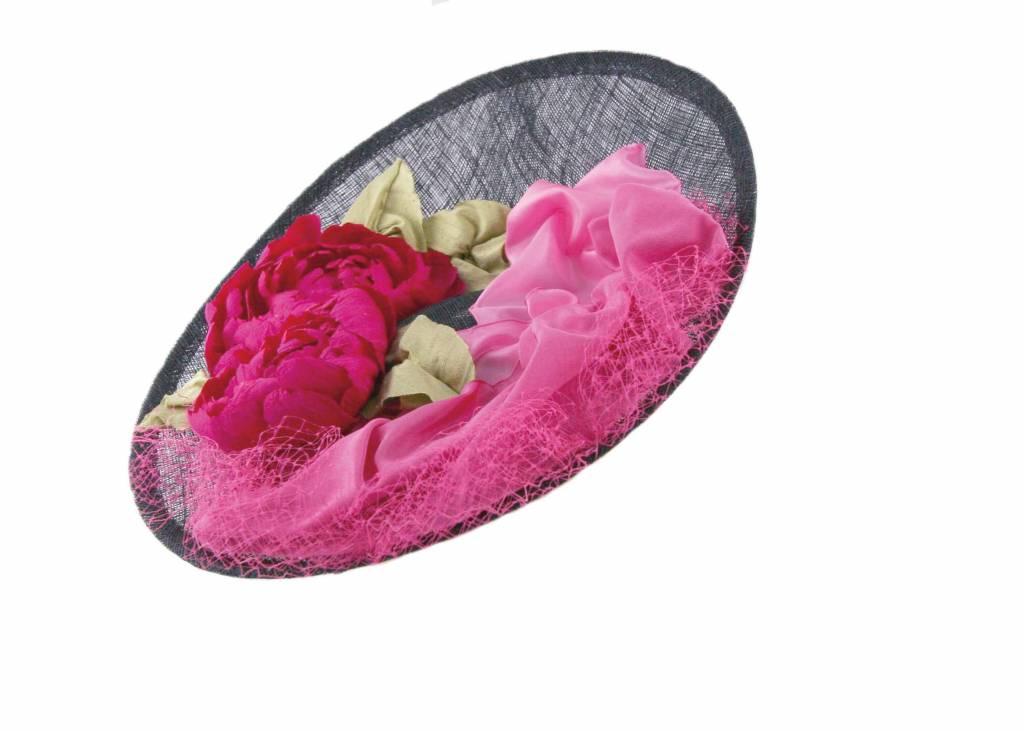 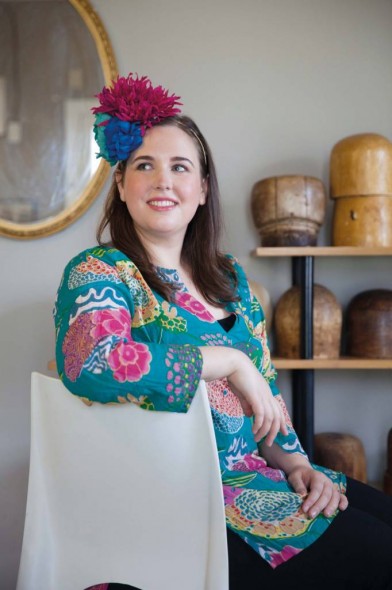 On a blustery spring day, Anna Zeitlin busily works on exquisite pieces for her custom millinery line Fanny and June. Light pours into the room from the wide windows of the Belmont-area guesthouse that serves as her studio, set behind the house where she grew up.

When you think of milliners, it’s probably vintage literary characters like Irene Malloy in Hello Dolly! While it’s easy to imagine Anna decked out in Irene’s Edwardian finery, her work is wholly contemporary and makes you wish hats were really a thing in the U.S. Fortunately, we can bring them back—whether for Steeplechase, wedding, or dressy occasion.

Zeitlin studied film at Columbia College in Chicago, but, as a lifelong seamstress, took all the fashion classes she could as well, including the school’s single hat-making course. A trip to a custom hat shop in Charleston fired her romantic vision and love of millinery craftsmanship, and the interest stuck. After Columbia, she would study hat making in Los Angeles, New York, with Ian Bennett in the U.K., and also in Paris.

“There just aren’t a lot of places to study in the U.S.,” she says, pointing out that since the social changes of the 1960s, hats haven’t been a big part of the American fashion vernacular. “There are lots of reasons for that, I think. We just got more casual; we started to like the idea of suntans and big hair, and none of those things goes well with daily hat wearing.”

With a film degree under her belt, Zeitlin moved to Los Angeles but found herself looking actively to do more hat construction along with film. She found her niche working at the Louise Green Millinery Company, mostly in sales. Green did serve as a mentor, especially letting Anna work on ideas for men’s hats, since women’s were her own passion. 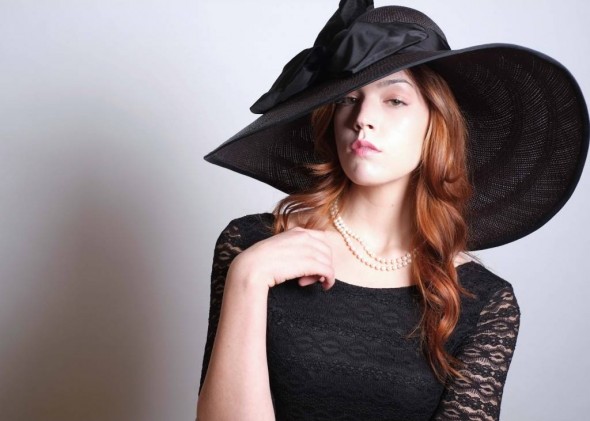 Anna designed her own hats, and along with friends formed the Millinery Guild of Southern California, whose members included Mondo Guerra of Project Runway fame. Together, they staged a runway show, sharing the hot hat gospel with the fashion-forward masses.

She returned to Nashville in 2011 with a vision, founded Fanny and June, and set to work making hats for Steeplechase and Derby goers while selling her seasonal lines at her website fannyandjune.com.

She has branched out to some theatrical work, like last year’s Studio Tenn performance of My Fair Lady (full of huge hats), but mostly she aims to make a current fashion statement.

“I love to make big, over-the-top styles, but I can also get into the more casual things, like fedoras,” she says, showcasing examples of each. Most of the work she does is for women, but she does some custom design for men—a challenge, she says, since men’s hats need perfect fitting, especially since they generally have less hair than women.

Her fascinators are pretty marvelous too. Of note are the epic, handmade flowers she painstakingly creates petal by petal with a hot iron. Other examples highlight vintage floral pieces sourced in an ancient New York garment district shop.

“To understand the value of a handmade hat, you need to understand the process—it’s the equivalent of couture, all hand sewn. Yes, there are people who go to Steeplechase after buying a blank at Target and hot gluing some craft flowers on it, but it’s not the same thing,” she says, smiling. Indeed.

Quite aside from the beauty her level of quality affords, Anna Zeitlin’s hats showcase craftsmanship, with a fine band, perfect fit, and hand stitching. These days, she’s selling not only in Tennessee and Kentucky for horse races and weddings, but to fashionistas in Australia, Germany, and Canada via her website. It’s easy to see why: with exceptional quality, discerning customers follow.