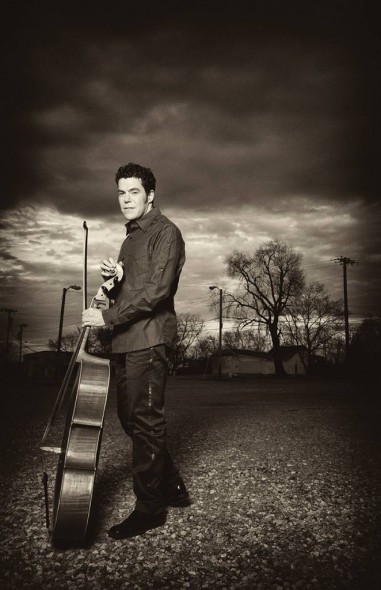 I first met cellist Michael Samis in the midst of a torrential downpour at Roast Coffee Company on 8th Avenue South. “This,” he reflects as we make our introductions, “is one of those days where you just can’t drink enough coffee.”

His music is easily familiar to Nashvillians: Among other noted work, including fourteen years with the Nashville Symphony, he has appeared on WPLN’s Live in Studio C, still makes regular appearances with the Gateway Chamber Orchestra (the Clarksville-based group who accompany him on the new album), and he can be heard on occasion with the Nashville Opera.

June marks the release of Samis’s new CD, funded last year by an incredibly successful Kickstarter campaign. He’s so full of enthusiasm about the album, coming from Delos Records, that it’s palpable. Centered around the little-known French Romantic Carl Reinecke’s Cello Concerto (written at a time when the world was giving more credence to the darker and dissonant tonalities of Richard Wagner), it also includes Schumann’s Adagio and Allegro—the first cello and orchestra recording of that piece; Ernest Bloch’s haunting First Suite for Cello Solo (a 1956 piece modeled on Bach but referencing the miseries of the Holocaust), and two short pieces by living composers, both of which are remembrances of friends lost—Osvaldo Golijov’s “Mariel” and Sir John Tavener’s eerie, angelic “Threnos.”

If you already know Samis’s name, it’s likely because of his performances with the Symphony. He’s taken a year’s leave of absence, however, to focus on independent work and has decided to pursue a solo career. “I’ve loved my time with them,” he says. “This was a very emotionally challenging decision for me.”

The Symphony schedule ultimately precluded his touring in support of the new album and other projects. Currently, he’s also studying for a master’s in social work, in hopes of continuing the powerful volunteer work he’s done through the Park Center, using his music as a therapy technique with young adults battling mental illness. 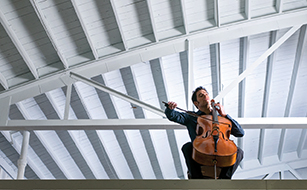 Samis embodies the notion that the role of music is to “help take down the invisible walls people build between others and themselves.” Much of that positive energy goes into outreach to younger people too, whether via the educational string quartet program he helped create as part of the Nashville Symphony’s Ensembles in the Schools outreach, his previous work with Alive Hospice, or his current work blending cello music with discussion at the Park Center.

Perhaps because his own parents—his mother, a violinist, his father a teacher—so nurtured the power of music in him, Samis wholeheartedly embraces the healing and life-enhancing magic of the art. “The study of social work is part of my way of giving back to the community,” he says. He adds that the use of music in therapy “goes directly into the soul, if you will, without having to always use words. I love [both music and social work]. With everything that’s gone on in the past year, I can’t imagine my life without either.”

Meeting Samis, it’s impossible not to long for a copy of the CD now. Fortunately, it’s available for download on June 3 and for physical purchase June 24. Knowing the depth with which he cares for the music and its potential, one can only imagine what he’ll do with something he knows is being preserved for posterity.

The CD release party for Michael’s album is on June 7 and will take place at Deavor in Germantown. For more information or tickets, please visit www.facebook.com/deavorco. To find out more about Michael Samis please visit www.michaelsamis.com.