An Exhibition of Photography by Jerry Park

If  life is a sum of all your choices, then Jerry Park is racking up the numbers right now. Park spent his career in corporate sales working in a rigidly defined, impersonal office space. In 2010 he began WorkSpaces, a series of photographs featuring his co-workers’ attempts to personalize their sterile spaces. He continues his curiosity about workspaces in his latest and ongoing photography series, WorkSpaces: Artists’ Studios.

“Sometimes artists would say no, but I would pick up the phone and try someone else until I got a yes.”

Park turned his attention to photography full time after retirement and decided he wanted to shoot artists’ creative places. After being encouraged by Zeitgeist’s Lain York and The Arts Company’s Anne Brown, he put his background in sales to use and hit the streets to make contacts and meet artists. “Sometimes artists would say no, but I would pick up the phone and try someone else until I got a yes.”

His efforts have paid off. Since spring of 2012, Park has been visiting artists in their studios and watching them at work. He learned that some considered their studios sacred spaces for making art, while others felt they could make art just about anywhere. He composes his shots by looking carefully at the arrangement of tools, materials, lighting, and other objects and seeks to capture their relative importance to the artist, although he never includes them in the photograph.

“By looking at their space,” he says, “you can learn about the artist and their work.” 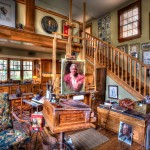 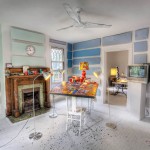 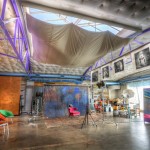 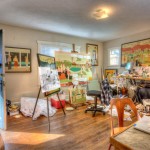 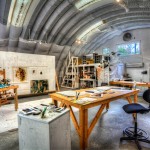 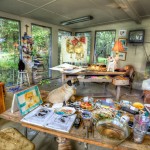 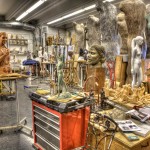 Park has photographed over forty studios in the Nashville area and has no plans to stop. His decision to follow his curiosity allowed him to enter workspaces very rarely seen—until now, that is.

This exhibit is curated by Lain York of Zeitgeist Gallery and Anne Brown of The Arts Company.