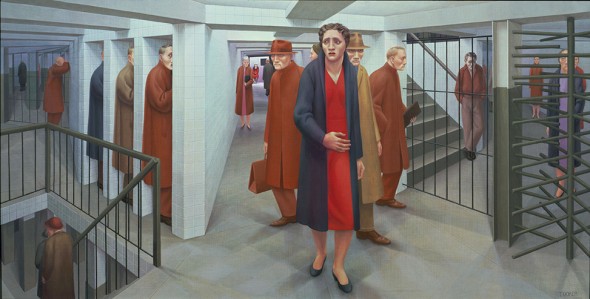 Beyond the Real:  A Surrealistic Twist on American Realism

Frist Center for the Visual Arts • June 27 to October 13

Surrealism offered an escape from warfare and economic realities and provided artists with an alternative way to express inner turmoil.

When Surrealism began as an artistic movement in the 1920s, its aim was to unleash the repressed desires of the mind through a range of methods and practices—automatic writing, drawing exercises, and visual innovations in theatre and film. However for artists attempting to probe into layers of the mind that were beyond reason, the challenge of consciously representing the subconscious always proved problematic. Real/Surreal: Selections from the Whitney Museum of American Art overcomes this discrepancy by presenting a selection of works that blend Realism’s reflection of the waking world with Surrealism’s anxieties of the dreamer. Drawn from the permanent collection of the Whitney Museum in New York City, this important exhibition presents over sixty paintings, photographs and prints that seek to explore Surrealism’s transatlantic influences on nearly forty-five American artists—Edward Hopper, Man Ray, Andrew Wyeth, Thomas Hart Benton, and Mabel Dwight, among many others—as well as tensions in representing real-world concerns as disquieting dreamscapes. 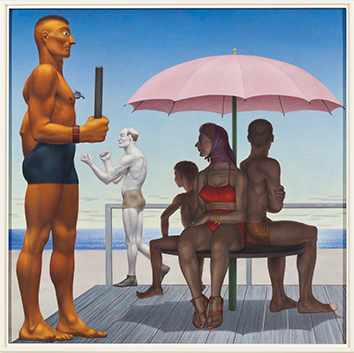 The first half of the twentieth century radically altered the western world’s sense of reality, reducing past lives to distant memories and making what was once commonplace seem utterly unrecognizable. Surrealism offered an escape from warfare and economic realities and provided artists with an alternative way to express inner turmoil. For American artists trained in Realism, representing everyday objects and settings through the strange gauze of the dream became an apt metaphor for the feeling of estrangement within one’s own homeland. Highlighting this theme, many of the works featured in the show challenge the genre of landscape by allowing one’s isolated state of mind to inform representation. Works such as Charles Burchfield’s Winter Twilight (1930) evoke such detachment through faceless figures and a vague familiarity of a small-town scene. Rendered in blues and grays that give little sense of the hour, the snow-covered streets appear as soft as low-lying clouds, making the atmosphere of the painting even more dreamlike and allowing imagination to interrupt the sense of reality. Meanwhile paintings like Kay Sage’s No Passing (1954) promote a more abstract take on emotionally cold surroundings with a muted amalgamation of jagged forms, constructing a serene industrial landscape that at once evokes past ruins and a futuristic environment. 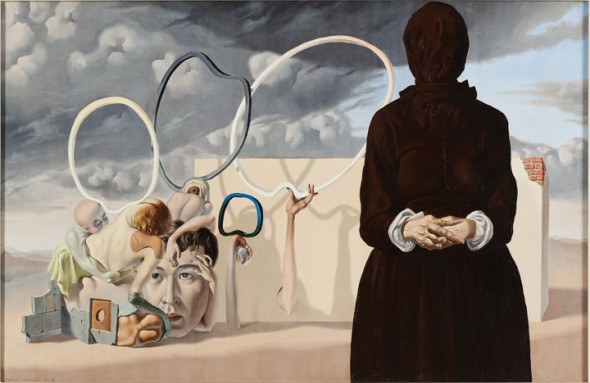 As the exhibition notes, one of the most prevalent motifs in Surrealism was the use of “uncanny” juxtapositions to simulate the stitching together of random objects in dreams. Derived from the psychoanalytic theories of Sigmund Freud, the uncanny is an unsettling experience in which the familiar is rendered strange, striking fear in the individual and eliciting feelings of anxiety. Many of the works in the show call upon this notion of the uncanny through the presence of repetition, objects becoming animate, or depictions of surroundings caught between the real and the imaginary. One particularly captivating work, Federico Castellón’s The Dark Figure (1938), is emblematic of this technique, featuring a veiled figure positioned directly across from the viewer as a collection of amorphous objects seem to float, de-form, re-form on a barren landscape. The uncanny also arises in instances when an alternate form of the body such as a reflection or a shadow intervenes upon reality. This kind of “doubling” effect is exemplified by one of the most famous pieces in the show, George Tooker’s The Subway (1950). Featuring a repetition of same-faced, affectless passengers in a sterile, closed-in, underground platform, the work conjures up a disturbing mise en abyme phenomenon of looking into a mirror within a mirror and provokes feelings of uncertainty. In the foreground of the painting, a cloaked woman stands with a panic-stricken look on her face, isolated within a crowd and representing darker connotations to the unconscious self trapped in an alternate world. 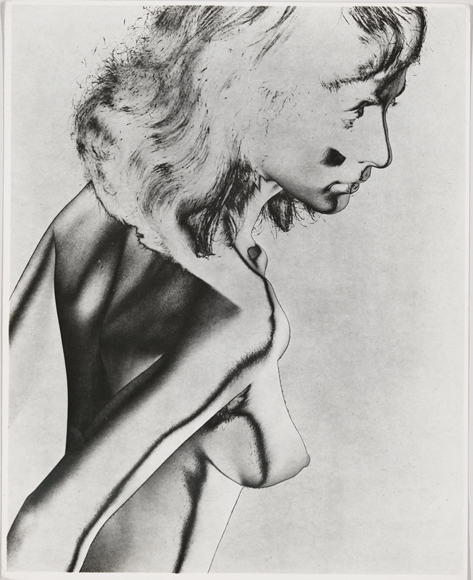 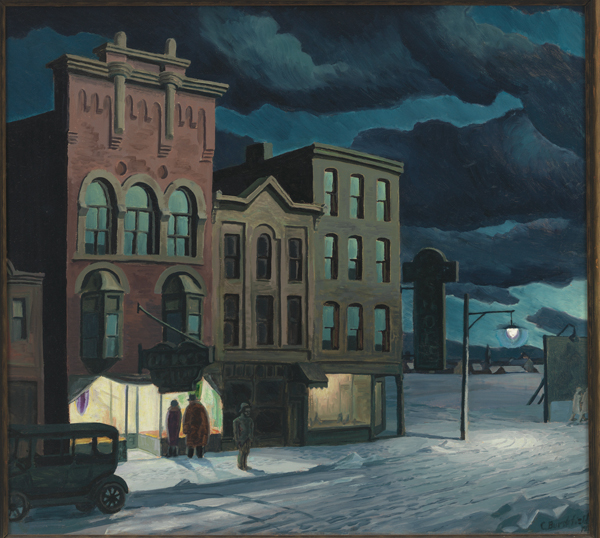 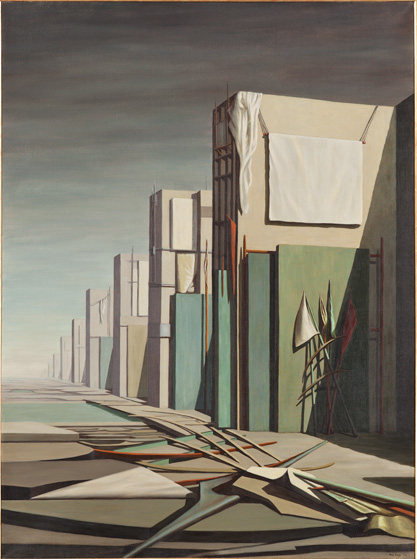 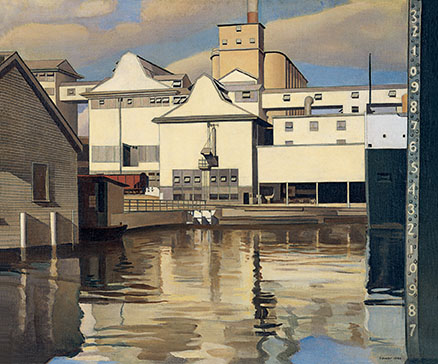 But this show is not all about the medium painting. Real/Surreal also showcases how photography provided an ideal medium for the artists to capture the uncanny in the everyday. In doing so, photographic works question and contort the truth of imagery using the flexibility of vision. In portraiture, the body (as well as the genre) is rendered unfamiliar and nearly illegible through technical means of lighting, cropping, and angle. For example, Feininger’s Solarization III (1941) relies on the process of solarization to reverse tones and offer an unconventional view of the body, thus upsetting normal expectations of physical representation. Most important for this exhibition, Surrealist photographers reexamine the familiar and expose unsettling otherness under the veracity of image making, transforming the real into the surreal. Indeed, the use of photography as a medium to capture the uncanny is emblematic of the spirit of the show: Real/Surreal examines how a range of artists throughout the twentieth century drew from their reality to re-present the world as familiar yet strange.

Real/Surreal: Selections from the Whitney Museum of American Art will be on view at The Frist Center for the Visual Arts June 27 to October 13. Visit www.fristcenter.org for information.