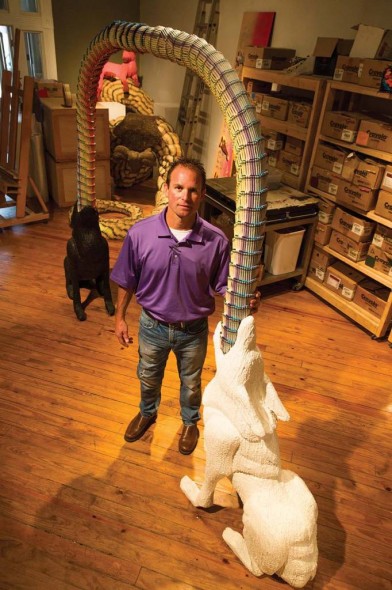 Russ Connelly of Craters and Freighters

How do you safely transport seven highly valued, melted-crayon bunnies from Nashville to Shanghai and back? Give them to Russ Connelly.

Connelly is the shepherd of Nashville’s art scene. As the owner of Craters and Freighters, he packs and transports art around the world. He told me, “Once it leaves here, the shipping world is pretty rough and tumble. They’re moving freight. They’re in a hurry. It doesn’t matter if you mark it ‘fragile,’ they just want to move it. We over pack it with that in mind.” 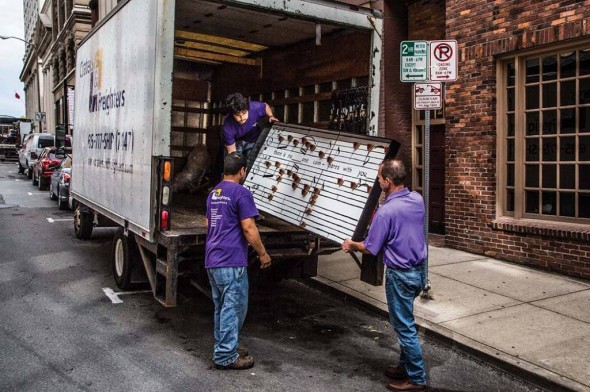 Take for example Herb Williams’s rabbit sculptures made out of melted crayons, which are just seven of the seventy items that were shipped to Shanghai in June. A longtime customer, Williams entrusts his wall hangings and often oddly shaped crayon sculptures to Connelly. Connelly custom cuts polyethylene foam to fit the sculptures and then adheres the foam to crates. The crates are carefully crafted with hinged sides and tops so the work can be unpacked and repacked with ease as it moves through galleries in Shanghai. When Williams’s work returns to Nashville, it will be in the same packing and crates that Connelly created. 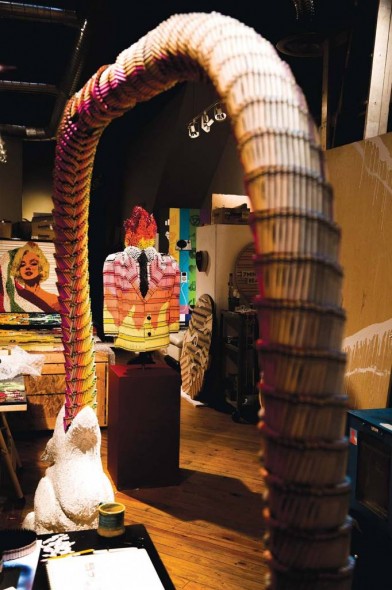 Despite his integral role in the art scene, Connelly remains humble. “[The job] gives you exclusive access to the work. It’s a privilege to be able to handle it. We know how important it is to the artist and particularly the people who have purchased the art to hang in their home, to be a valued part of their possessions, so we try to treat it that way.”

For more information about Craters and Freighters, visit www.cratersandfreighters.com. 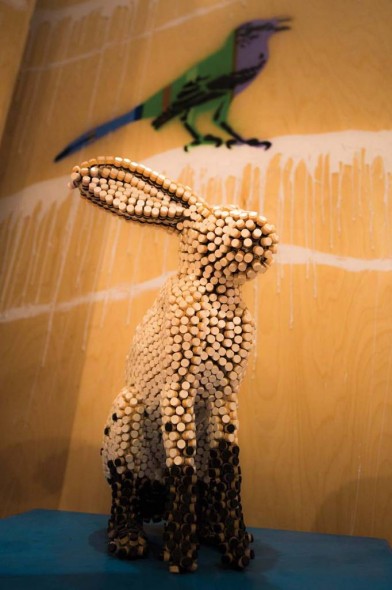