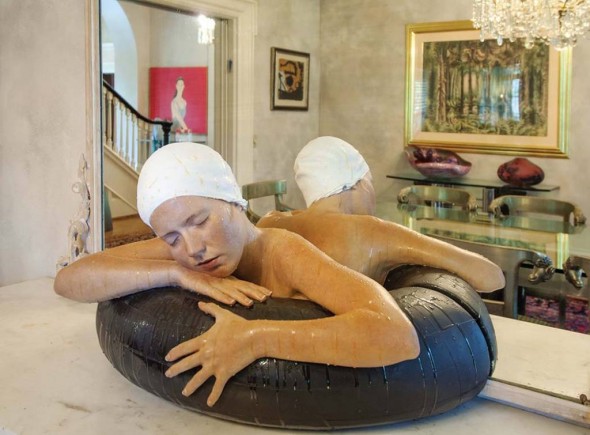 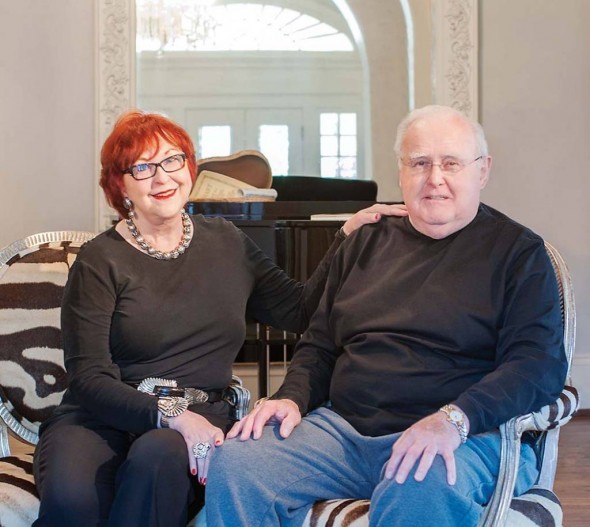 Hope and Howard Stringer are the guests you pray to be seated by at a dinner party. This longstanding power couple in Nashville’s corporate and philanthropic circles is animated, gracious, and culturally savvy.

Howard Stringer, retired CEO of Colonial Corporation of America and a co-founder of Congregation Micah, is widely lauded for extraordinary business skills that he shares with the private and public sectors.

Likewise, Hope Stringer has indefatigable conviction for the causes she supports. At the moment, she is chiefly engrossed in the Conservancy for the Parthenon and Centennial Park where as board chair she is orchestrating a massive restoration effort.

In the couple’s spare time they collect fine art. So cross your fingers that if you ever get the opportunity to be their dinner companion, it is at Washington Hall, the Stringers’ historic home off West End Avenue. The neo-Palladian residence is a standalone masterpiece made all the more marvelous by its housing of one of Nashville’s finest private collections of art. 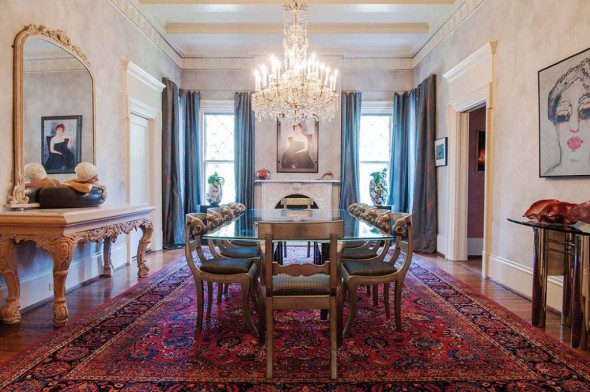 Stringer acquisitions have been loaned to museums including the Whitney Museum of Art in New York, the Walker Art Center in Minneapolis, the San Francisco Museum of Modern Art, and of course the Frist Center here. At the moment, their Warhol portrait of Einstein is being shown in Manhattan.

Nashville Arts Magazine (NAM) recently spent time with the Stringers at their home to discuss collecting and living with art. 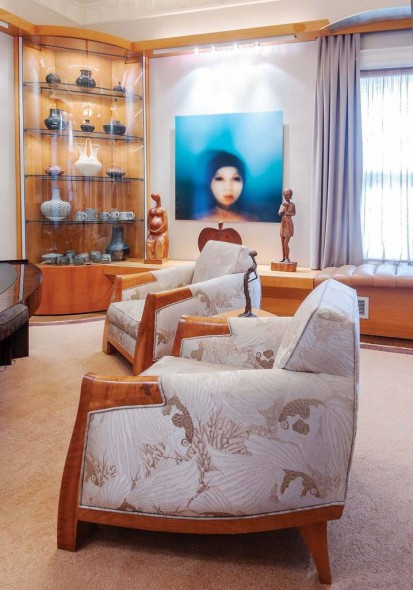 NAM: Washington Hall is one of Nashville’s architectural gems. Tell us about it.

Howard Stringer: Judge John Daniel built the house circa 1913. He modeled it on the Lord Burlington home in Chiswick, London. One of the owners was Luke Lea, who once owned The Tennessean and gave the property for Percy Warner and Edwin Warner Parks in tribute to his father-in-law. The home also features architectural elements from Monticello in Virginia. It was completely restored by Thompson Patterson in the mid 1980s. We fell in love the moment we walked in and saw the library. It’s still one of our favorite rooms.

NAM: Between the architecture and art, do you ever feel like you are living in a museum?

Hope Stringer: We don’t see our home as a museum . . . rather, living with things we love. Our home is really livable, open, and inviting. Living in an historic home does make us a little reluctant to change the lighting that might better show the art.

NAM: How did this art adventure begin?

Hope Stringer: We began to collect seriously after we married and could first afford it. We bought some pieces that were sweeter than we would today. For a few years we owned two Martha Walter paintings. They reminded us very much of Mary Cassatt.

NAM: Sketch for us the common denominator in the work you have collected. Is it based on a certain movement or subject matter?

Howard Stringer: The common denominator for us has always been that the piece makes our hearts race. 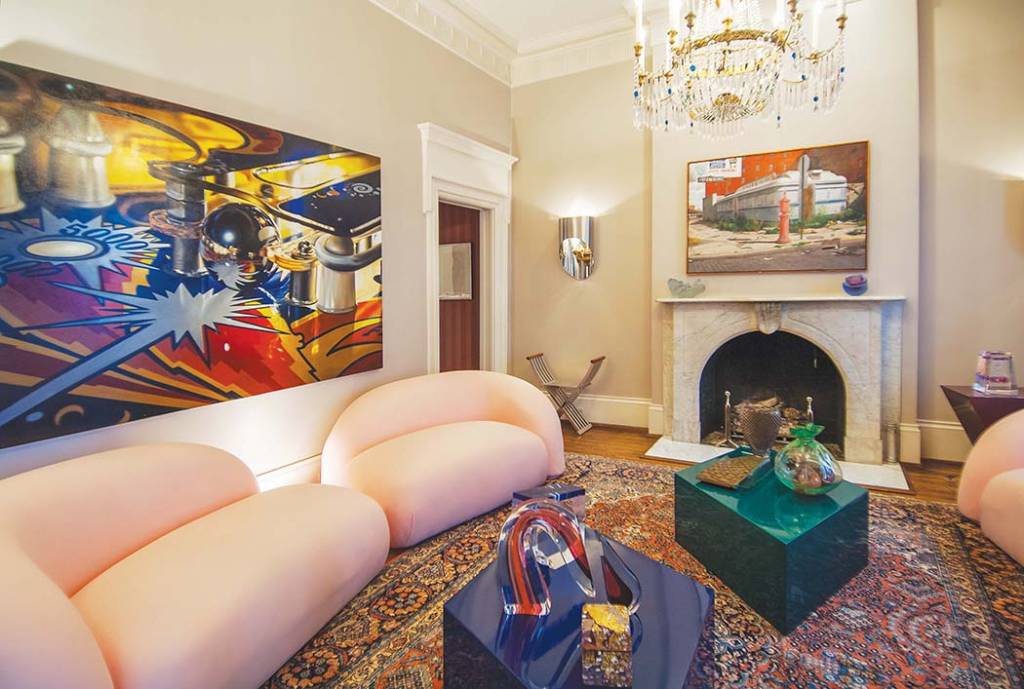 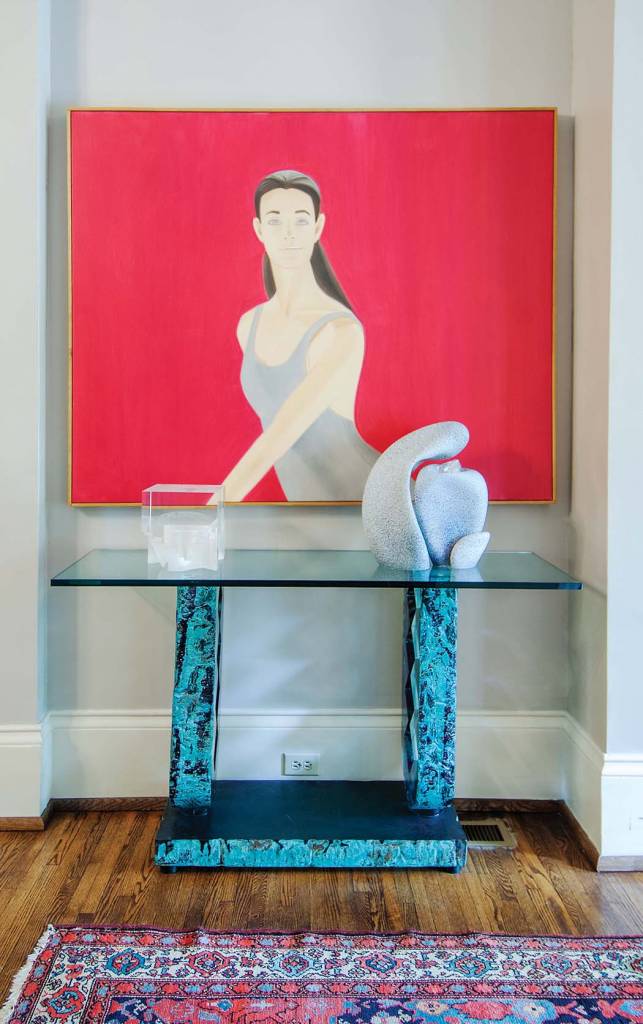 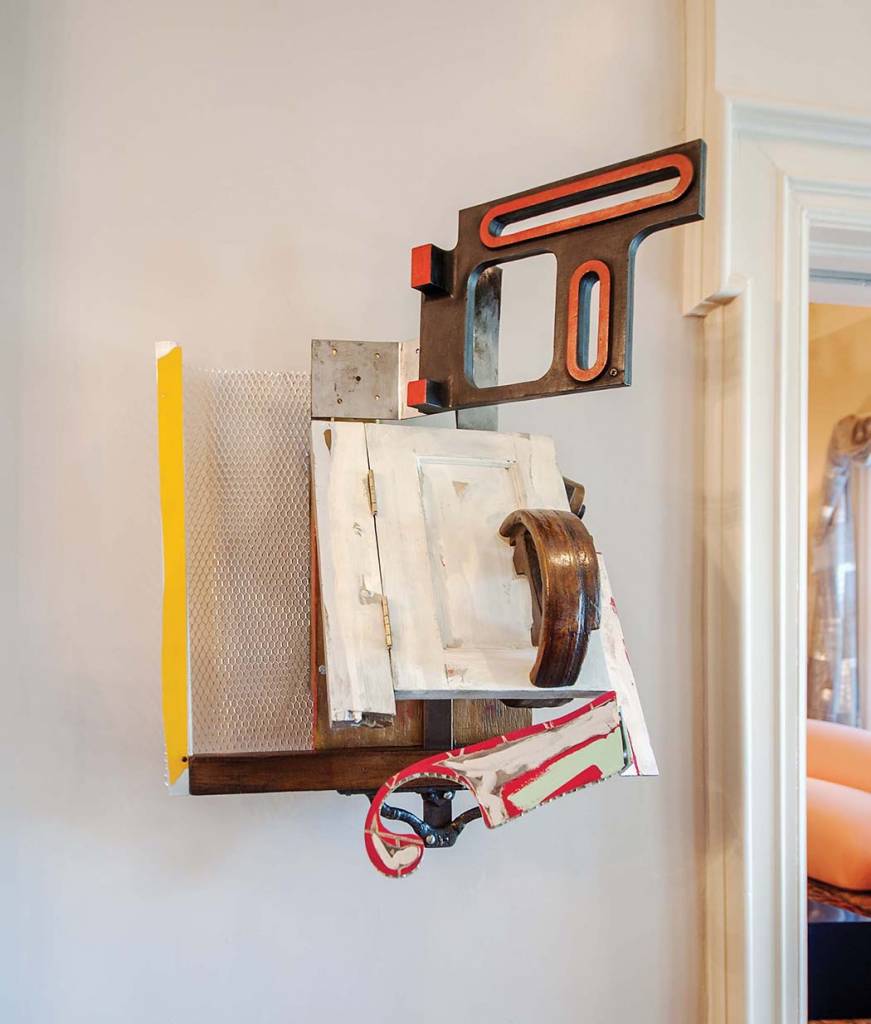 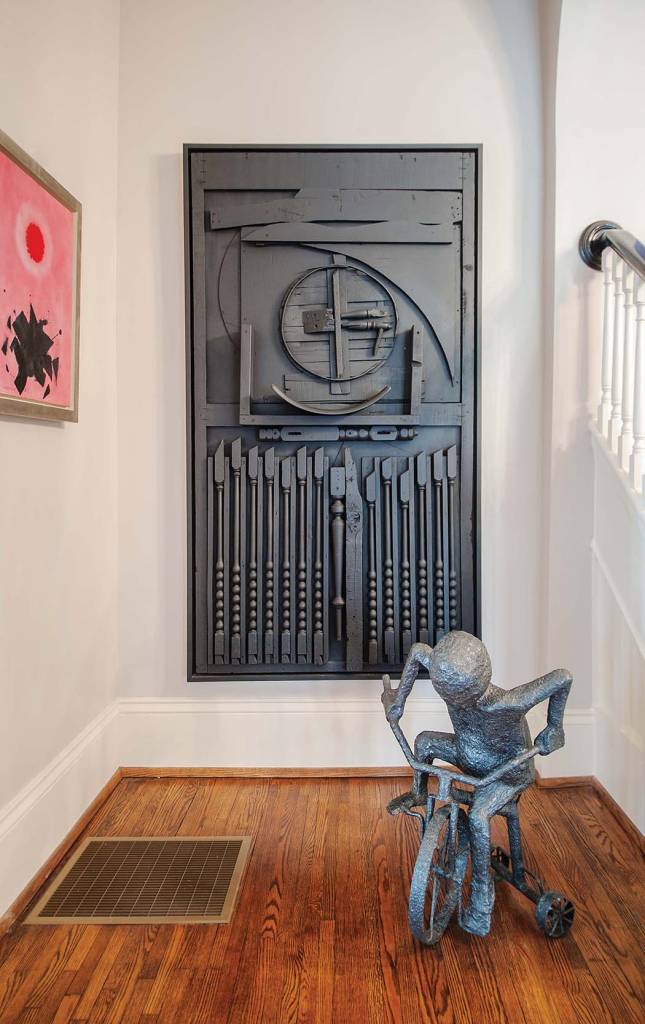 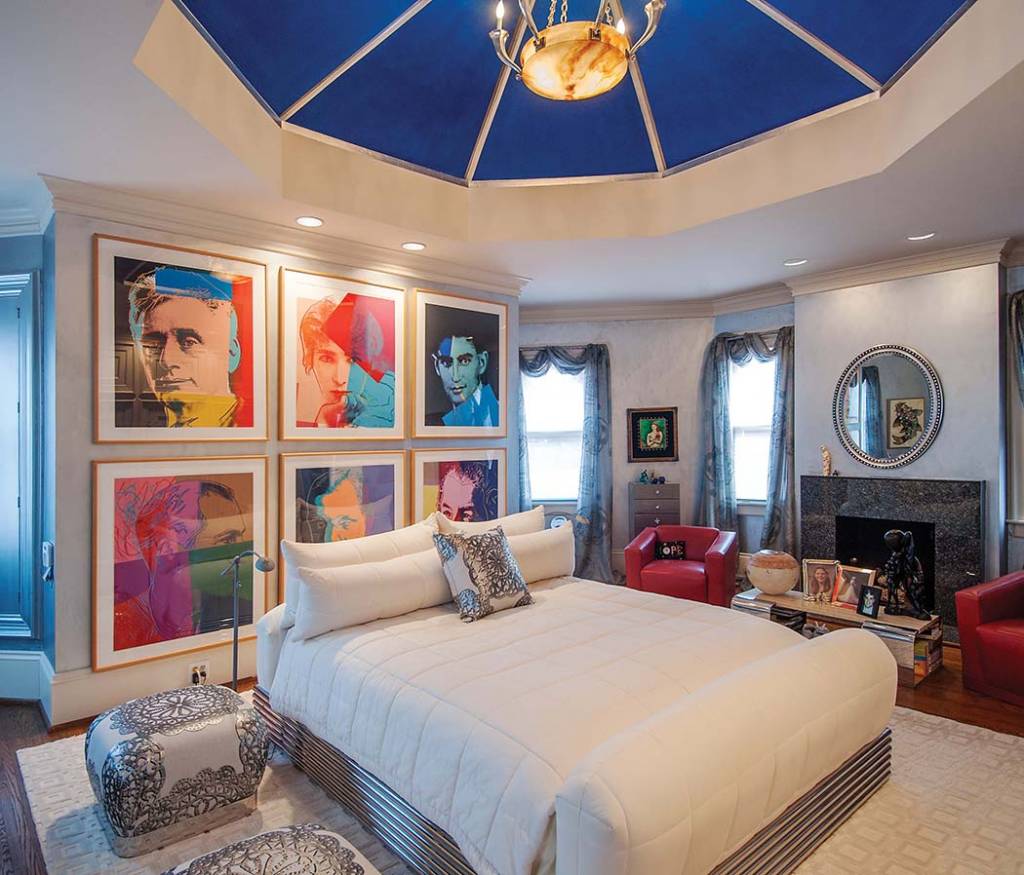 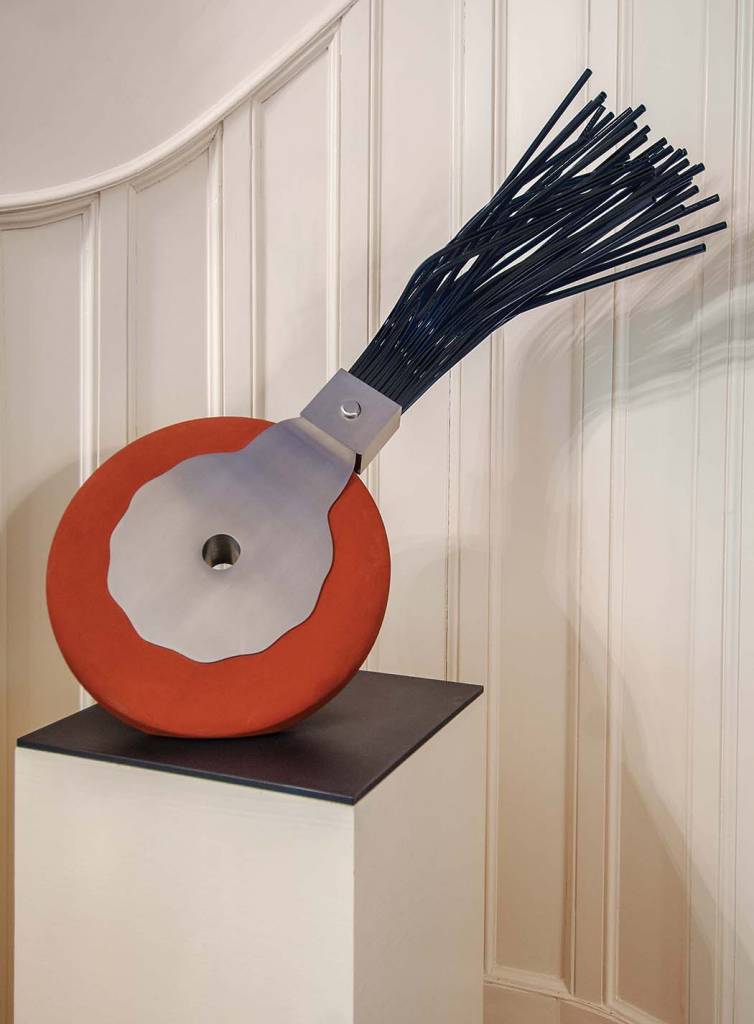 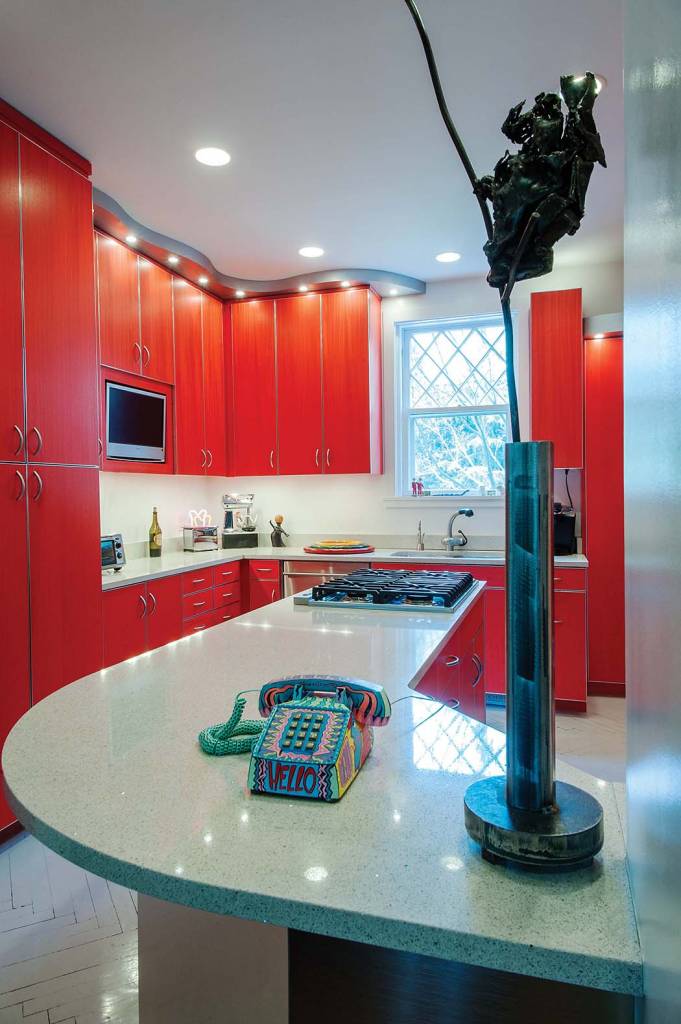 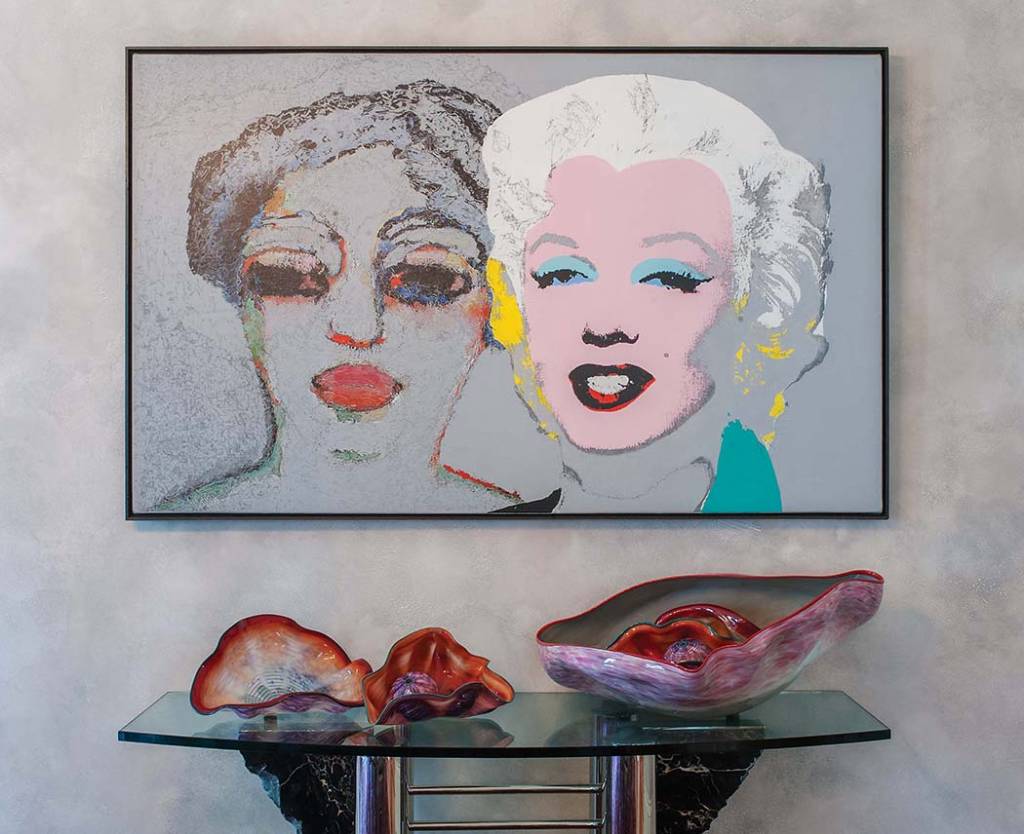 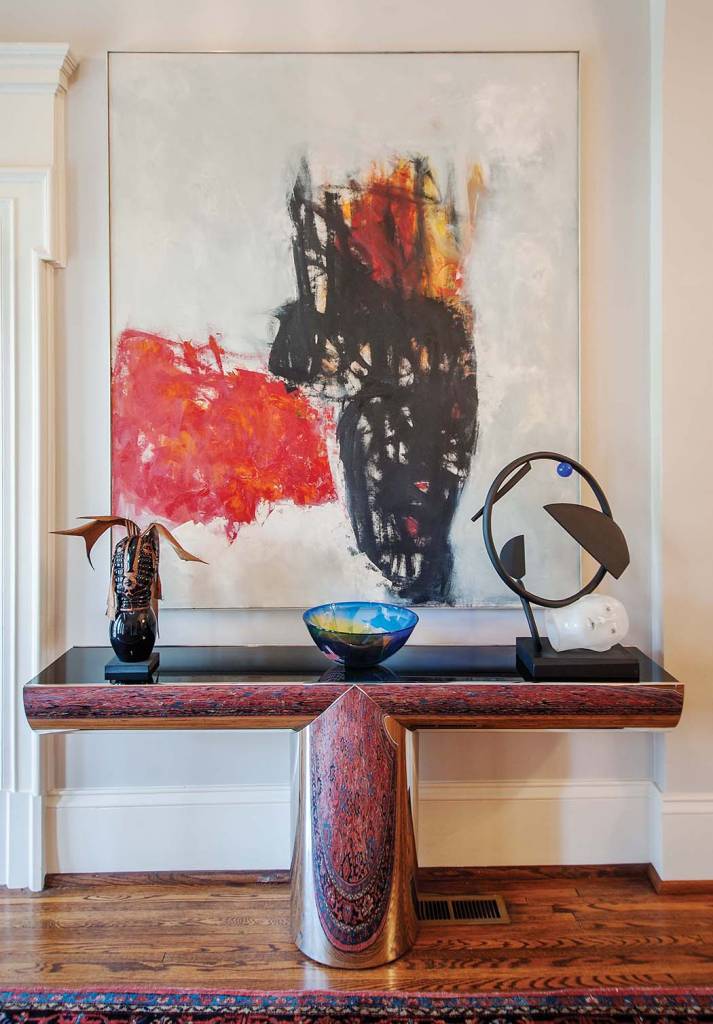 NAM: What are your basic ideas about collecting art?

Howard Stringer: First, buy what you like and can afford. We think it’s important to take some basic courses in art and especially do research on the artist who has piqued your interest. The more you know the more you learn what excites you. We work to keep the collection exciting to both of us. However, from time to time we do sell a painting that has grown significantly in value.

NAM: As a couple, do you find that you have similar tastes?

Hope Stringer: While our tastes are not completely the same, we buy only what appeals to both of us.

NAM: It’s been said that museums portray an evolution of time with their collections, while individual collectors tend to encapsulate a moment in time . . .

Hope Stringer: We certainly don’t place ourselves in the museum category, but our tastes have really progressed with the movement of American art in the twentieth century, from the Armory Show movement through pop art.

NAM: In addition to aesthetics, do you collect for investment potential?

Howard Stringer: We buy only what we love, but we’ve been fortunate to make some very good choices from an investment point of view and that we were able to start collecting when we did. Many of the works in today’s contemporary art market that appeal to us are really out of reach dollar-wise.

Hope Stringer: There are local artists in Nashville like Herb Williams and Jack Spencer whose works we admire and are on our wish list. We own some beautiful pieces by Marilyn Murphy and Sylvia Hyman. Nashville is a treasure trove of good art.