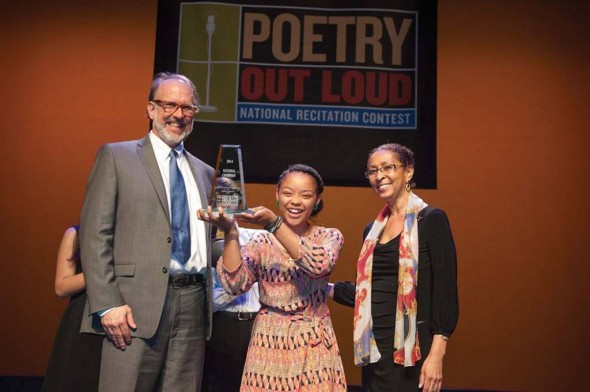 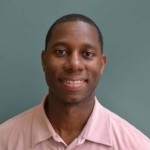 Poetry Out Loud (POL) is a recitation competition that starts as a school contest. Nationwide, a student body of 365,000 vied for vocal distinction in their respective states. In Tennessee alone, 8,000 students competed for a spot at the state competition.

Brought to Tennessee through the partnership of the Tennessee Arts Commission, the National Endowment for the Arts (NEA), and the Poetry Foundation, the program encourages students not only to be familiar with and understand classic and modern poetry, but also to possess strong public-speaking skills and self-confidence.

Anita Norman, a junior at Arlington High School in Shelby County, won first place in the ninth annual NEA Poetry Out Loud National Championship on April 30, 2014, in Washington, D.C. Norman edged out every other state champion to win the $20,000 grand prize and $500 for her school to purchase poetry books for its library. She will serve as the NEA’s POL ambassador for the coming year.

The National Competition began with a finalist from each of the fifty states, the District of Columbia, Puerto Rico, and the U.S. Virgin Islands. After several semi-final rounds, nine finalists were chosen and opened the finals event with the recitation of two poems each. The field was narrowed to three final contestants and then the ultimate national champion. 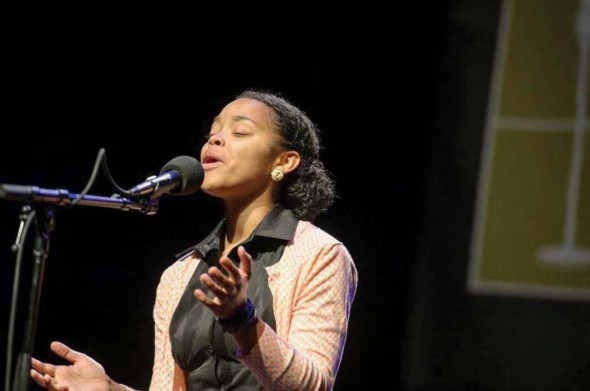 Norman worked hard to become the nation’s champion. While she has invested a great deal of herself in getting this far, she also knows she hasn’t done it alone. Throughout her years of involvement in POL, Norman was coached by her teacher, Anna Terry, who is in her eleventh year of teaching at Arlington High School. Terry says she enjoys helping her students connect with the universal human experience through poetry. After this year’s statewide victory, Norman received additional training from Irene Crist, director and actor at Memphis-based Playhouse on the Square, in order to prepare for the national competition.

Executive Director of the Tennessee Arts Commission Anne B. Pope commented, “It has been a privilege to watch Anita grow in her performance these past three years. She has such a remarkable talent, but we have also seen dedication and determination that make her a true champion. We are so proud of her and of all the 8,000 students who competed in the competition across Tennessee.”

The Tennessee Arts Commission provides teachers with a POL Teacher’s Guide that includes lesson plans in accordance with both the English Language Arts standards of the National Council of Teachers of English (NCTE) and the Common Core standards for reading and language.

Next year’s POL competition will be another great opportunity for students to become involved in the literary and performing arts. The Tennessee Arts Commission looks forward to supporting the event and its contestants. For more information visit www.tn.gov/arts/arts_ed.htm.