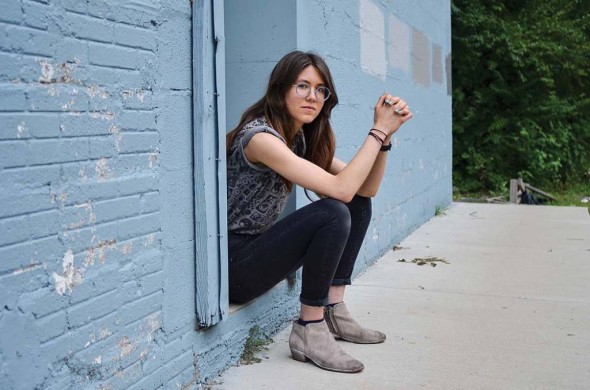 Now that Nashville’s First Saturday art events have expanded to include the Arts & Music @ Wedgewood/Houston happenings, it’s tough to keep up with the continuous growth and change taking place in Nashville’s gallery scene.

I was caught by surprise when curator Veronica Kavass emailed me a few months ago saying she planned to open her first show at a new Wedgewood/Houston location during the April art crawl. Culturegeist at The Packing Plant debuted with a video installation by Mika Agari, displayed in an unkempt, defunct old packing plant at 507 Hagan. Kavass programmed three exhibitions there before planning to go to grad school in Minneapolis and handing the reins to a young curator who is poised to organize the mission for the space which has yet to be defined.

“I saw Veronica at David Lusk at the art crawl one night,” explains Ann Catherine Carter. She said, ‘You know I’m leaving, right? Do you wanna take over that space when I leave?’ ” Carter was shocked, but quickly accepted the offer.

Carter graduated from Watkins and curated a student show at Ground Floor. She also curated a group show that exhibited alongside one of New York gallery ZieherSmith’s Nashville pop-ups. The 23-year-old might seem inexperienced, but her vision for The Packing Plant is already coming into view.

“It’s a really weird small space with two different rooms,” says Carter. “I want to refine the space to some degree. I don’t want it to be pristine—I like the ruggedness—but the work needs to stand out.” 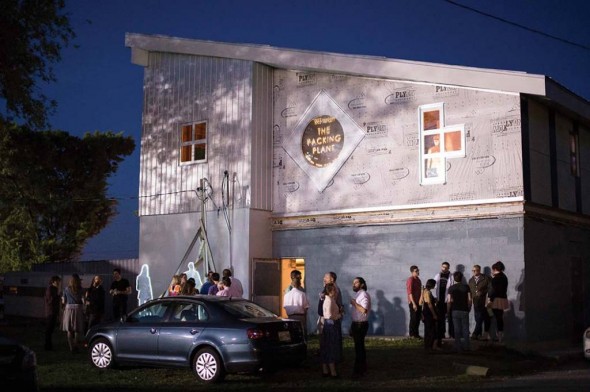 The Packing Plant in the Wedgewood/Houston area. Photograph by Ben Jaggers

The Packing Plant’s no-frills displays grew out of owner/creator Jon Sewell’s booking artists and punk bands in another building in the neighborhood. “The space is in a phase of experimentation that sort of lends itself to the exhibitions shown there,” he says.

“We don’t have limits in the sense of what we might show.” One thing that does show is Sewell’s confidence in Carter. “I’m the guy in the background providing the space, but Ann Catherine will be hands-on curating,” he says. “She’s passionate and plugged in. She knows what’s cool and what’s not, and she knows the people that are making this scene.”

“I’m interested in art that’s relevant to the conversation that’s happening in the art world that includes New York, L.A., and Miami,” says Carter. “Art that’s not involved in that conversation isn’t lesser art, but it’s not what I want to see or talk about or show.”

Knowing what you don’t want can be the first step in deciding what you do want, and for many of Nashville’s artists and gallerygoers, venues that eschew commercial concerns in favor of arousing conversation on contemporary art are part of the exciting, novel voices contributing to this city’s art scene.