It was less than a year ago that my wife suggested it was time I record a new album. I thought it sounded like a great idea. The problem was we didn’t have the budget to record a new project.

Especially given that I sing soulful, traditional pop/Jazz (think a more soulful Michael Bublé), and would want my entire 18 piece big band in the studio recording with me.

That’s quite a payroll for a day of recording. Add to that the cost of the studio, engineer, assistant engineer, recording vocals, editing, mixing, mastering, new photo shoot, artwork, etc… and it’s enough to make a currently independent artist weak in the knees. But being the bold and adventurous, free spirited artist that I am (certainly not irresponsible, unemployed, never-grown-up), I jumped in with both feet.

My wife and I decided to reach out to fans through an Indiegogo crowd funding campaign. The success of the campaign, including those who chose to give outside the campaign, allowed us to move forward with confidence. On October 21, my birthday, we went into the studio with all 18 players and recorded the tracks. It was a great birthday present that I highly recommend. I was invited by my friend, Ladye Love Smith to hang out backstage at The Grand Ole Opry while she sang background vocals for the various artists. And that is where I met Jimmy C. Newman. He had just finished singing “Jambalaya,” and was walking off stage when he passed me. I said, “Comment ça va, cher?” He stopped in his tracks, turned to me, and started rattling off in Cajun French.  After a brief conversation that alternated between French and English, he invited me to his dressing room to hang and talk some more. Once there, we talked about home (south Louisiana) and he took out his guitar and sang some.

That’s when I asked him if he would sing “Jambalaya” with me on my new project. He immediately said he would love to help me however he could.

I told him I would like for him to sing a verse in Cajun French, but he replied that he didn’t have a verse in French, and direct translations don’t work very well.

After a few months of trying to coordinate schedules, he called me late this past February and left me a voice mail saying excitedly that he had written a verse in French that he really liked, and wanted to sing it on my project. A few days later, he drove into Nashville and we recorded a duet of “Jambalaya,” including his new verse in French AND he brought his friend, Paul Gregoire, a French speaking Cajun accordion player, that I ended up tracking as well.

To say Jimmy was a legend in music is only a very small part of the legend that was Jimmy C. Newman. He was one of the most open, friendly people I have ever met. Who am I that he should have wanted to sing on my project…the answer is, nobody. I wasn’t able to know Jimmy very long, but the impact on me will last throughout my career and lifetime. And to be honored by having what appears to be the final recording Jimmy ever made be the duet we sang on “Jambalaya”…well, there are just no words. 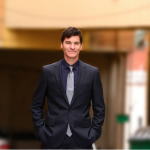 I dedicate the night to a great man, Jimmy C. Newman. Jimmy, who was going to join me for Saturday’s performance, will be there in full inspiration, especially when I am joined on “Jambalaya” by mutual friend Paul Gregoire on accordion. Bring your family and friends and enjoy a great night of free music, fun and dance! See you there, cher!