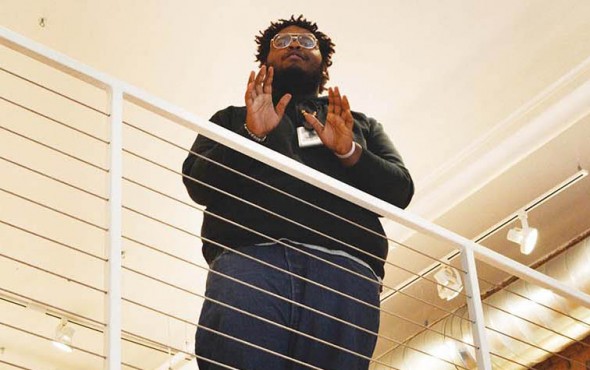 I am young, black, and educated,” boomed the vocals of Sean Smith. “A weapon of mass destruction.” All eyes are on the balcony of The Rymer Gallery while he recites the poem “It’s 12:01”. Cheerful, broad, and commanding, the poet and hip-hop artist will cut a striking figure at Tennessee State University this fall. 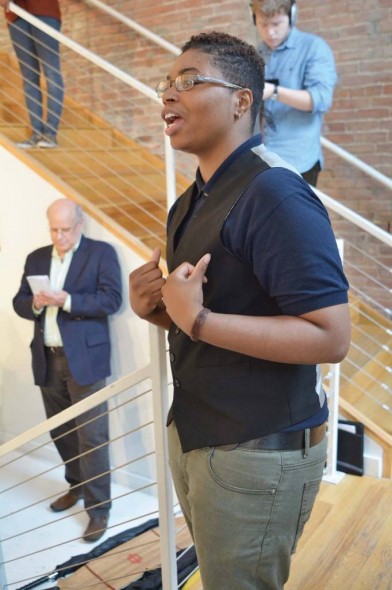 He is one of six wordsmiths including Shamari Suttle, Brandon Lenox, Constance Bynum, Tima Smith, and Malcom Voltaire, who represented nonprofit Southern Word in their collaboration with The Rymer Gallery on June 5. The organization asked eight artists to interpret their respective poems. Work by Susan Maakestad, Emily Louise Leonard, James Threalkill, Herb Williams, Jason Twiggy Lott, Lain York, Sam Dunson, and John Jackson were then auctioned off at the fundraiser’s conclusion.

The artists were emailed text, names, and YouTube videos of the poets reading. They had the creative liberty to interpret the poem as they saw fit. Relying solely on his intuition and imagination, painter John Jackson crossed his fingers that he had deciphered correctly. “My sense is that he questions life,” Jackson explains of his pairing with Smith, “and wonders, often, if tomorrow is going to come.”

Literary eloquence is merely one of Southern Word’s goals. Executive director Benjamin Smith believes in the power of poetry and public speaking. He wants young adults to cultivate their professional skills and make their mark on the community through storytelling. “Public speaking is too often undervalued in our school systems,” Smith says. “We are passionate about young people saying what they have to say and cultivating their identity early on.” 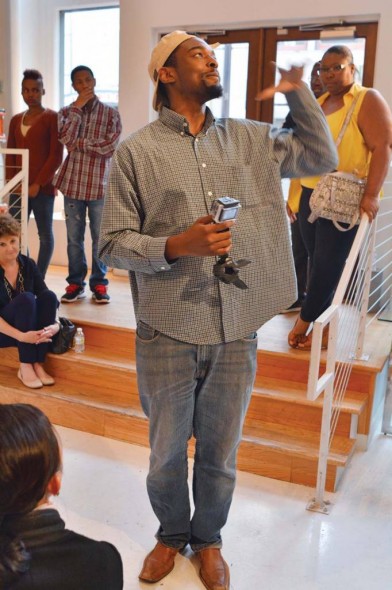 Tima Smith, an incoming Middle Tennessee State University biology major, is clad in a tie-dyed, skull T-shirt and winning smile. She approved of the textured, stenciled eye candy Lain York created based upon her poem. Nodding her head in approval, she admits it encapsulates the perils of teenage dating, which often challenge one’s self-respect. “I am a queen and here is my crown,” she read as York’s work sat on an easel beside her. “I’ll have you beheaded before you disrespect me.”

By the evening’s end, Smith and his colleagues believed the event had reaffirmed that poetry would always be a way of connecting with the world. It is his vessel for dealing with life in a cathartic way. “My goal is to trust the process, abilities I’ve been given, and know the words will come through as they should.”

For more information about Southern Word, please visit www.southernword.org. See videos of the poets presenting their work at www.nashvillearts.com. 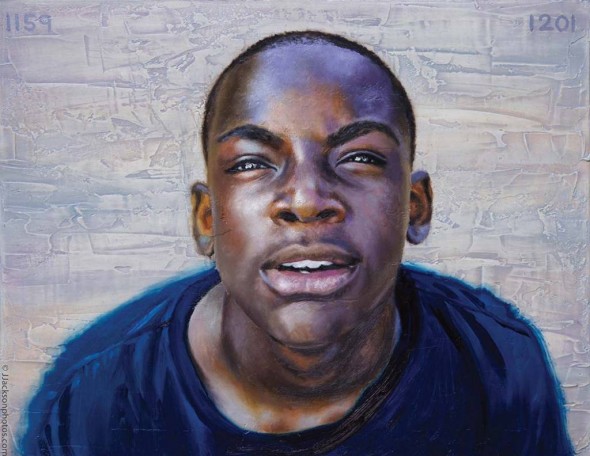 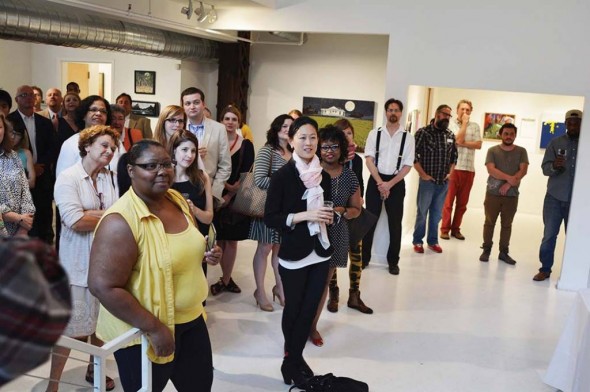