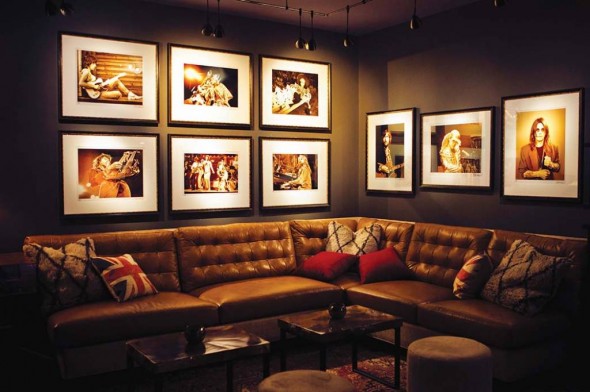 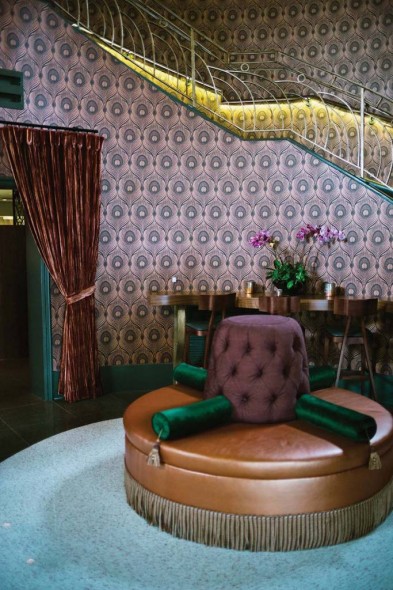 Sinema Restaurant and Bar opened in the former Melrose Theater almost 72 years to the day from the theater’s 1942 debut. Though Sinema’s team was not under a historic overlay or other restrictions, they nevertheless maintained a healthy respect for the past, and many of the 8,000-square-foot building’s original features are still in place. The ticket booth and sign out front, for example, are original, along with the building’s curved marquee that now bears Sinema’s name in lights.

“That was a no-brainer that we needed a big neon sign,” Sam Reed said. Reed is a member of a partnership that includes his parents, Brenda and Colin Reed, his brother Ed, and his childhood friend Q-Juan Taylor. Austin Ray, owner of M.L. Rose, is also in the group and in fact found the Sinema location.

“We’d always eyed it—like, man, that’s a really cool spot; wonder what it looks like inside,” Reed said. What it looked like after being empty for almost a decade was rough, albeit with good bones. “It was very hard with all that rubble to envisage that you could make it a warm, welcoming place,” Brenda Reed said. Her husband, Colin, has extensive hospitality industry experience, currently serving as CEO of Gaylord’s Opryland complex.

For Sinema, Reed reassembled part of a team used to restore Opryland after the May 2010 flood, including architect Nick Dryden, contractor D.F. Chase, and Kathy Anderson of Anderson Design Studio. Dale L. Levitski, a Top Chef finalist and James Beard nominee from Chicago, has created a menu of elegant twists on American classics.

The theater’s three original double doors lead to Sinema’s double-height lobby where a staircase hugs a curved wall opposite the bar. Anderson used the staircase and gold-tinted mirrors on the ceiling and bar wall as her design inspiration. Though part of the staircase’s railing was still intact, it no longer met code, so Anderson sketched a new one with Art Deco aesthetics. The new railing augments the staircase like a statement-making bracelet.

Another of Sinema’s reinterpreted treasures is the women’s bathroom. The original one couldn’t be saved, but Anderson retained its round shape and filled the space with a large pouf and mirrors, some ringed in makeup lights. She considers it an answer to the Hermitage Hotel’s famous men’s room. 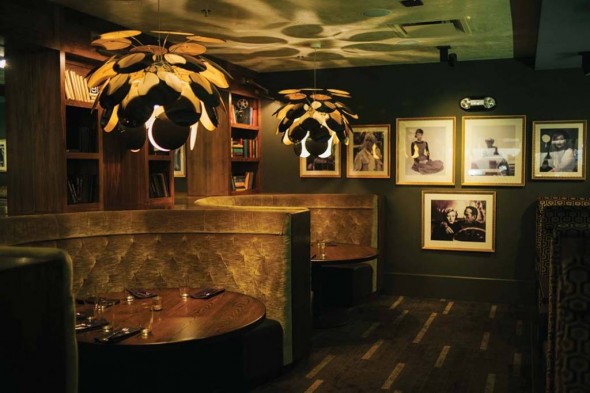 Anderson also worked from a brief she received from Taylor, Sinema’s manager. It’s a look informed by nostalgia for the golden ages of Hollywood and Las Vegas, Taylor and Sam Reed’s personal cultural associations, and nods to the building’s cinematic past.

The dining room suggests a 1940s supper club with tables in the center and several booths in a smaller adjoining area. Exposed brick walls, an open kitchen, and relaxed lighting from retro fixtures add to the ambience. Large black-and-white studio portraits of legendary Hollywood figures hang throughout the downstairs area.

Upstairs in the lounge, the vibe—a word that comes up often in the Sinema team’s conversation—is more relaxed but still super stylish. The sound of cocktail shakers filters above the music as groups gather in individual seating areas that give this large space a cozy, intimate feel. The lounge also offers a stellar view of the movie screen over the entrance (clips from classic movies are shown here and on other screens in the lounge).

All the furniture, though vintage in style, is new and includes two chrome and red fabric sofas and a custom-built caramel leather sofa that hugs a corner of the room. Photographs of British rock figures by Robert Knight and Maryanne Bilham cover many of the walls, and images of R&B legends hold court in one of the two private dining rooms on this level.

“Food, fun, culture. . . . We’re bowing our heads to all the things that shaped us as people,” Taylor said. 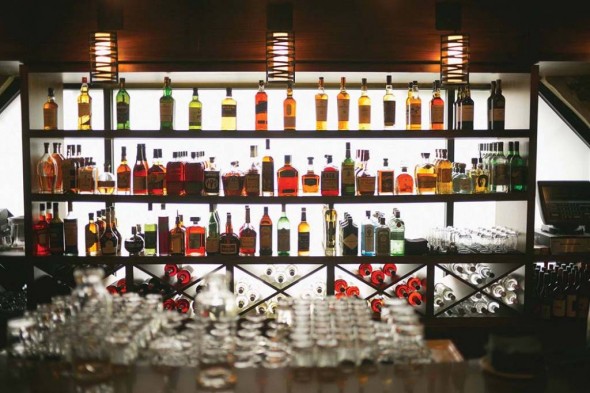