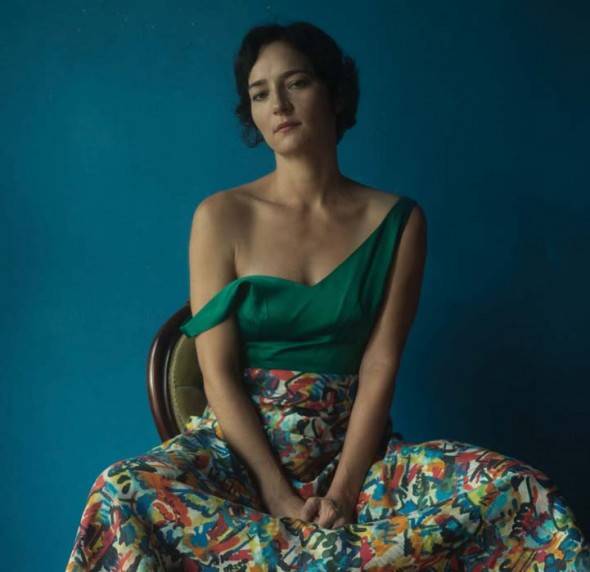 With a Name Like Eggleston You’d Expect Wonders in Color

Andra Eggleston’s new line of fabrics based on her father’s drawings is a triumph of generational creativity.

William Eggleston is legendary for dragging color to the fore of contemporary photography—and that color rubs off, metaphorically, on those who surround him. It simply can’t be contained.

His color threw conservative critics off—way off—during his much-publicized Color Photographs debut (some might say rebellion) at the Museum of Modern Art in New York in 1976. At the time, color film was deemed vulgar by a high-toned art circle besotted with black and white. The New York Times chief art critic, Hilton Kramer, called the work—which art historians now regard as seismic—“perfectly banal.”

Then his daughter, Andra, was rubbed the wrong way by his colorful, bon vivant persona. It made her feel at odds with the other teens in Memphis, where her father was born in 1939. “He stood out,” Andra says today. “We had a father-daughter dinner dance in high school, and he was the only one who showed up in tails. As a 15-year-old, I remember thinking, “Nooo!”

But time has a way of revising how we perceive those more colorful than the rest. When Andra reflects on growing up with a famous—if eccentric—father, she views the picture with nuanced eyes. “He just had a sophistication that was unparalleled for Memphis.”

Perhaps it was because of his deep roots in Southern gentility (his family possessed a prosperous cotton plantation), but William embraced color film nonchalantly, without embarrassment, despite the art world’s relegation of it to advertising and home photos. Not only did he leap into color photography, William also drew in vivid colors. He was a fan and a practitioner of abstract art.

“He’s always loved to draw, since he was four years old,” Andra says. “It really preceded his love of photography.”

Andra moved to East Nashville two years ago and reconnected with her father in Memphis. She’d been away for more than a decade, in L.A. and New York City. He’d been busy with his career and—let’s be candid—with life as a raconteur fully worth his pint of bourbon. 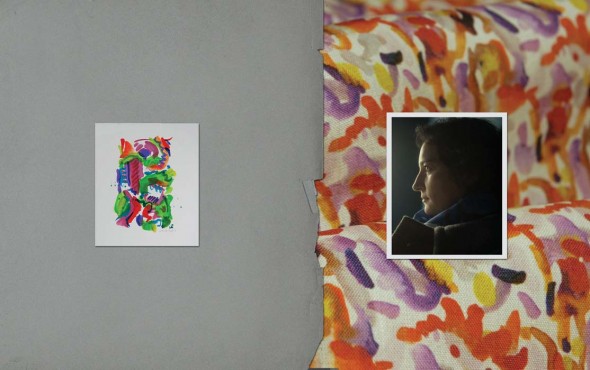 “We’ve just gotten to know each other in a very specialized way,” she says. “He’s just such a great inspiration. He’s eccentric, hilarious, highly artistic, charming.”
Andra is a lissome creature with wavy black hair cropped into a short bob with a tiny fringe of bangs. Her hooded eyelids are cast in the same mold as her father’s, as is her nose, with its delicate bump on the bridge.

Upon entry into her father’s Memphis apartment, Andra spied a grand piano (which William plays), Persian rugs strewn everywhere, boxes of markers, and pads of paper. She had brought her art materials, as well. She knew her father loved to create art, as did she.

“I’ve always been drawn to his drawings,” she says. “They’re all abstract. I thought I’d go down there and inspire him to draw again, and I thought—hoped—he’d inspire me.”

He did. As father and daughter drew and talked about art, Andra also started “snooping” and ultimately cataloged his abstract pieces. Suddenly there were her father’s drawings—whimsical works done in watercolor, crayons, Sharpie, and oil-pastel crayons—falling out of the pages of old magazines. They had been tucked there decades before, including the one he drew while shooting photos in Havana.

In studying the drawings, Andra better grasped the abstraction of her father’s photography. “They inform his photography,” Andra says. “And they’re an entry into the way he sees color.”

Then Andra, who studied textile design in L.A. at FIDM (Fashion Institute of Design & Merchandising), got an idea. What if she hired someone to design a bow tie for her father from a textile created from one of his drawings? He was a staunch fan of the bow tie, she reasoned, being a dandy of the first order. Such a gift would complete his trademark attire of tailored suits, button-down shirts, and lace-up oxfords.

“I thought it would be a great little present,” Andra says. “That was a big inspiration for the whole thing.” The “whole thing” has turned out to be a fabric and wallpaper line that Andra has created based on her father’s drawings. The name of the line, Electra Eggleston, was born of what her father originally wanted to name her: Electra. (Andra says her mother, Rosa, adds to the Electra tale: “Your dad said that, and I just sobbed, sobbed, sobbed.”)

The Electra Eggleston fabrics include a cotton, velvet, Belgian linen, and a heavier cotton/Belgian linen blend. The wallpapers are of different materials, including a type II commercial-grade vinyl with a sparkle finish. 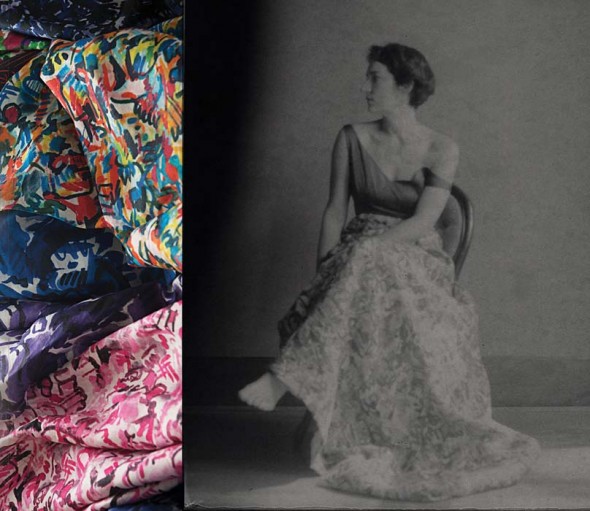 Andra has carefully reworked William’s drawings for the Electra Eggleston line, along with tweaking some colorways. Some patterns are replicas of an entire drawing, while others are tiny sections of a drawing that have been enlarged. Designed for commercial and residential interiors, these prints reveal a sexiness in William’s drawings, replete as they are with elegant and languid lines, that is merely hinted at in his photographs.

Matched with his more-is-more approach to color, the artworks lend a modernity to fabrics and wallpapers that should set interior designer pulses racing. (One could imagine Kelly Wearstler using them in her next hotel project.)

There is also storytelling within the patterns. It is revealed in each one’s name, such as Kentucky, Havana, Bali, Berlin, and Cairo. Andra named the prints based on places where her continent-hopping father has been, along with what each drawing seems to represent. For example, within the pattern called Kentucky, one can tease out nascent roosters; within Berlin, graffiti, and within Cairo, hieroglyphics.

“Typically my dad does not title his photographs,” Andra says. “His photos are about the absence of story.”

The saturated color of the senior Eggleston’s photos is enriched by an unerring eye that crops a fleeting glimpse of everyday life. Andra has fallen into that same gene pool. For when she walks one through the colorful fabric swatches, she uses that same discernment. She has cropped the perfect line work that lends itself to interiors. And the colors crackle with electricity, including an indigo as dark as night and a pink as deep as a Rajasthan sari.

What does her father think? “We’ve always shared a love of textiles, and he was just fascinated.”

In the future, Andra hopes to fold her own drawings into Electra Eggleston. But for now, she simply wants to promote her father’s drawings. “This is a way to make his art accessible,” she says. “Maybe it’s an artistic hunch, but I’ve got to see it through.”

Meanwhile, we will eagerly await what else will emerge from the daughter of a famous pioneer of color, who shows promise of being her own kind of pioneer.