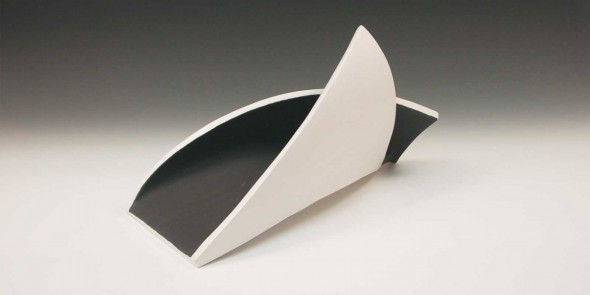 Sculptor and ceramic artist Edward Belbusti creates works that are both cerebral and sensual at the same time. The elegant, curving forms of his Touch series, for example, encourage viewers to go beyond a purely visual appreciation of the pieces’ fluid shapes and rich, clay hues and actually feel the sculptures—to relish the tactile sensation of the smoothly burnished, waxed terracotta.

Belbusti’s vocabulary is the clay slab, punctuated by the occasional use of steel and wood. He manipulates these elements in various ways to explore the balance, tension, and structure of a piece, as well as the interplay between its constituent components. Two such sculptures that successfully integrate wood and clay into their forms are his Leviathan pieces. Rural Leviathan is reminiscent of a great sandstone monolith with a curving aperture chock-full of fossilized tree limbs, while Urban Leviathan appears to have swallowed up whole the contents of an urban skyline and reconstituted it along the sculpture’s peak. Belbusti sees the pair as harvesters, in a sense, consuming and chewing up both the natural and the built environment. 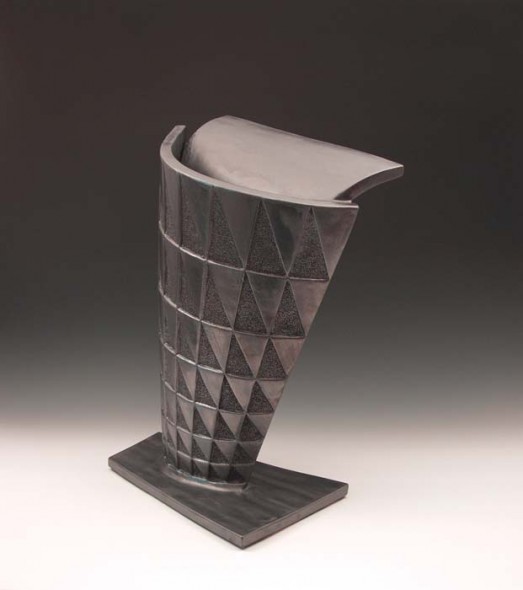 One of the more striking characteristics of Belbusti’s art is its ambiguity of scale, as if the forms could simply rise in height and mass to rival the scale of a monument or even a building. A tabletop-sized piece such as Windowpanes could be readily scaled up to stand as a twenty-foot-tall public sculpture in an urban courtyard, or perhaps a great monolith in a rolling heath.

Belbusti’s interest in scalable clay sculpture first coalesced in college, when he began working with clay models as an architecture student. Before the advent of powerful computer-aided design software, students typically created physical, three-dimensional models of their designs. Belbusti attended Virginia Tech, which featured a clay studio reserved for the exclusive use of its architecture department. To encourage three-dimensional thinking, clay models were made of every design first. Only then did the students make drawings. 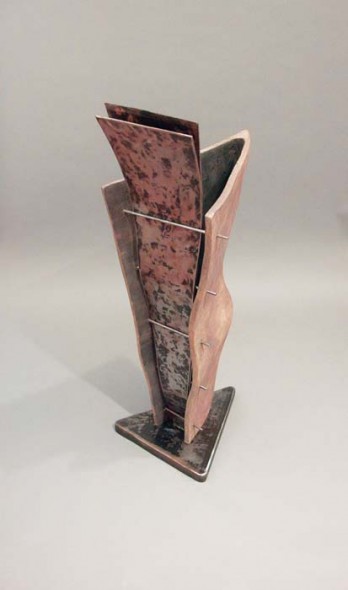 While on a tour of Central America many years later, Belbusti reconnected with ceramics and some of the possibilities of ceramic arts. Nicaragua and Guatemala have an especially strong association with ceramics, and Belbusti found a tantalizing form of inspiration in both the traditional Nicaraguan pottery and in some of the new work being created. Discussing his own artwork, Belbusti describes the shapes of his works as interactions between natural forms and hard, geometric shapes—and his art as reflecting a process of trying to relate the two together in one piece. 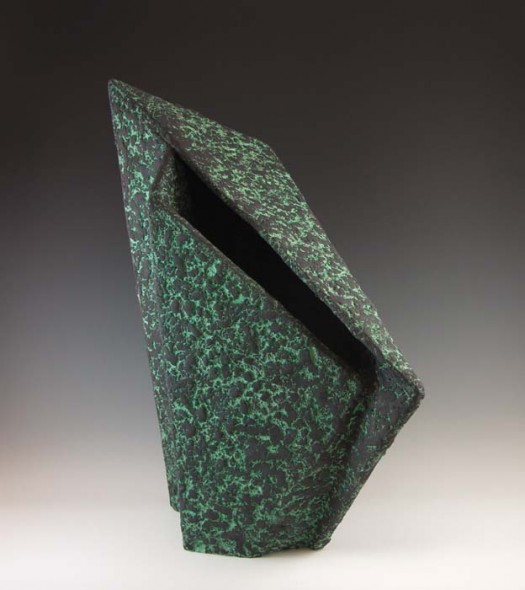 He continues to explore the surface texture and color of a piece. For instance, his Striated Vessels series is comprised of a number of works defined by striated textures that draw the eye across the piece along differing planes of observation. Moreover, the color of the series is achieved through the use of a manganese dioxide glaze, which imparts to the sculptures a matte, straw-like tone. In some pieces, the artist’s skillful use of surface texture and color suggests a composition of steel, wood, or even plastic, calling to mind the influence of his architectural background. 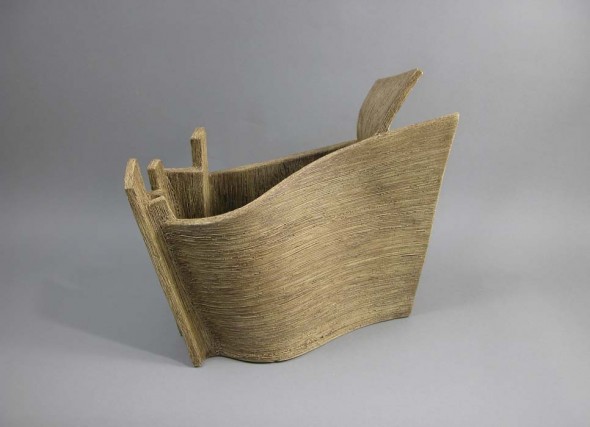 Before moving to Nashville in 1989, Edward Belbusti worked as an architect in New York and Baltimore. In 2011, after serving for many years as University Architect at Vanderbilt, he retired from the field and embarked upon his career as a sculptor and ceramic artist. Since then, he has exhibited regularly throughout the Southeast.

Edward Belbusti is represented by The Arts Company and will be showing his work there from October 4 through 24. For more information about him, visit www.theartscompany.com. 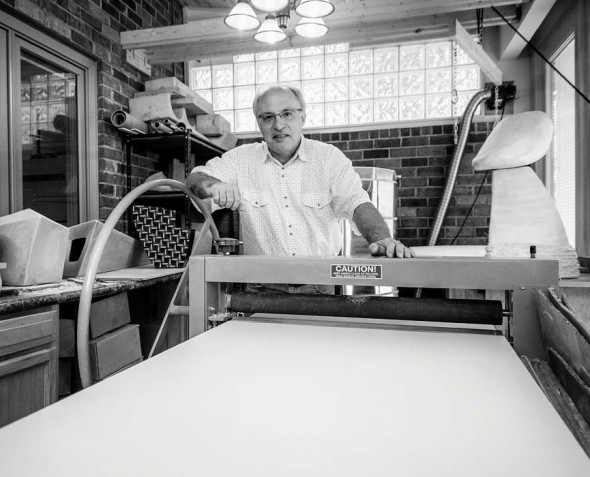