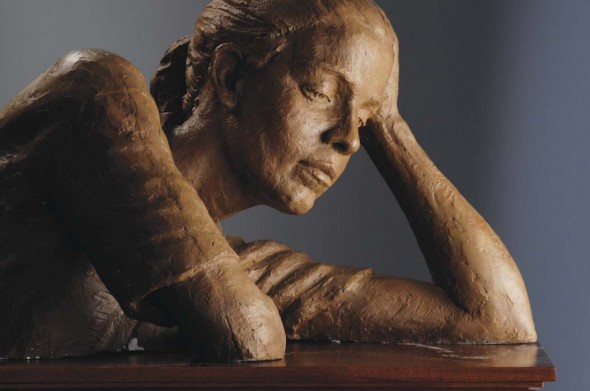 Sculptor Alan LeQuire’s gifts emerged at a young age, when he saw faces in clouds, rocks, and sticks, an experience he called “frightening, yet also moving.” That nascent instinct motivates him to this day, allowing him to transmute the essence of real people into naturalistic sculptures.

“When I was getting my training in Europe, I looked at countless Greek and Roman and Egyptian sculptures,” he says. “What they inspired in me was a desire to replace those gods and goddesses with people I knew. Real people. How much better would that be if those were actual people and not idealized ones?”

That belief has stayed with the artist. Everything he has done—including the forty-two-foot-tall Athena in Nashville’s Parthenon—is a portrait of a real person.

“Most people don’t realize that Athena is also a portrait,” he says. “It’s based on archaeological research, but it also has a little bit of Elvis Presley, because I used him for the facial features. He had such perfect fifth-century-BC classical features.” 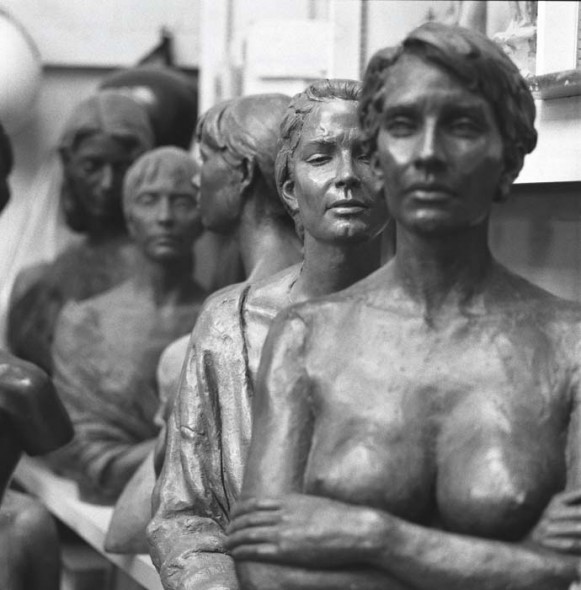 On a recent day LeQuire sits in his studio against a backdrop of clay, terra cotta, and bronze studies—thousands of pounds of portraits fill a shelf. Some are captured in ballet poses, arms winging toward the ceiling. A few hold spears. One reads languidly, legs crossed.

This is LeQuire Gallery, at 4304 Charlotte Avenue, where after eleven years of representing other artists, LeQuire is finally having a solo exhibit. The show brings together two categories: sculptural portraits of everyday people and Cultural Heroes, his ongoing series of colossal portrait heads of key supporters of civil rights. Among the latter are African-American singers Marian Anderson, Bessie Smith, Billie Holiday, Lead Belly, and Paul Robeson.

Upon graduating from Vanderbilt and studying privately under sculptor Puryear Mims, LeQuire spent time in France and Italy. There he studied classical sculpture and assisted New York sculptor Milton Hebald in bronze casting. Hebald opened up his world to a modeler’s approach as opposed to the carver’s approach. It was a game changer. (He later got an MFA from the University of North Carolina at Greensboro—“a big mistake,” he says, convinced he should have stayed in Italy to study under esteemed sculptor Giacomo Manzù.)

Everything he has done—including the forty-two-foot-tall Athena in Nashville’s Parthenon—is a portrait of a real person. 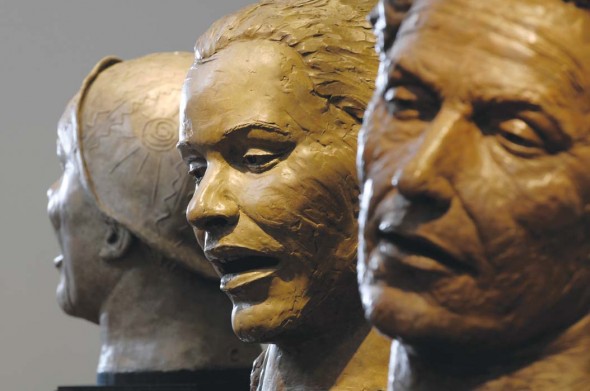 LeQuire’s modeler’s approach allows him to imbue sculptures with an uncanny sense of vitality—even when the subjects are deceased—and he works only from photos. Relatives frequently cry after seeing a LeQuire sculpture of a long-gone loved one. That’s his seal of approval.

“I think my portraits are different from most contemporary portrait sculpture because they are more lifelike,” he says. “That’s the central mystery of sculpture: animating the inanimate, putting life into the material.”

The famous sculptor Michelangelo chose marble as a medium for its relative permanence. By capturing a portrait as a sculpture, LeQuire seeks the same.

“I’m working against the forces of time and death,” he says. “I’m not like a photographer, trying to preserve a fleeting instant in time. I’m trying to feel what it is that is permanent about that person, feel that life force in the person, and make that permanent. Hold it forever.” 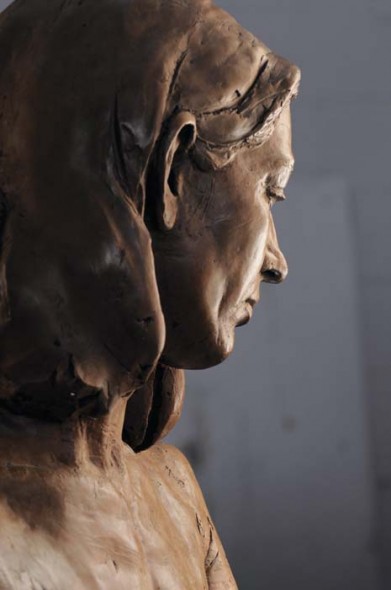 This could be viewed as a trick of the eye or a fundamental miracle. It works with or without a sitter. But with a sitter comes personal electricity. “If you have the person in front of you, the spirit and the life of the person—that spark—moves over into the clay,” LeQuire says. “It’s awesome when that happens.”

He laughs. “It’s frightening and awesome. Awesome is supposed to be full of awe. It’s a miraculous moment.”

Portrait Sculpture by Alan LeQuire, Miniature to Monumental is on exhibit at LeQuire Gallery Tuesday through Saturday 10 to 3 p.m. through October 25, www.lequiregallery.com. For more information on portrait commissions, email info@lequiregallery.com. 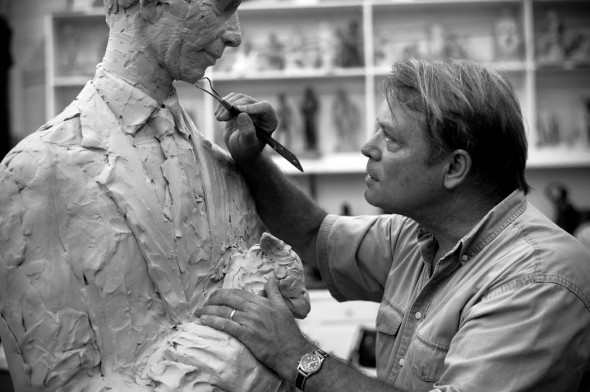