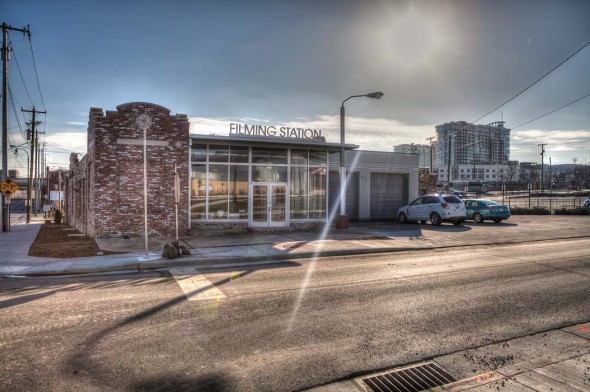 by Catherine B. Randall

The Filming Station on 8th Avenue South is one of only seven commercial properties to receive this year’s Metropolitan Historical Commission Preservation Award. Once a Gulf Gas Station, in the 1930s, this property is now a production studio recognized for its innovative architectural features and a stunning example of what can be created with salvaged materials.

Demetria Kalodimos and Verlon Thompson of Genuine Human Productions bought the property in 2009 and spent four years renovating the building. “We had a ragtag crew of people working on this: our genius hippie builder Bill Schleicher, his trusty side man Trent Hestermann, Verlon, and myself. Everything in our building is either found, recycled, or repurposed,” Kalodimos says. 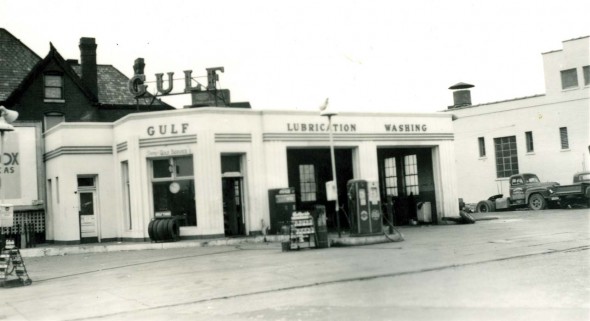 The result is a one-of-a-kind blend of the old, the new, and the reused. The original stucco building is connected to a new addition by a glass-enclosed lobby, and an open-air courtyard offers a unique alternative entertainment space.

The addition was constructed with 20,000 bricks recovered from the demolition of a warehouse next door. “The molded plywood theatre seats in the screening room are from a local Masonic lodge. Old car parts and chrome serve as door pulls, light fixtures, and trim,” Kalodimos says.

Even the name of the business is a play on repurposed words. “I was attracted to the building because I knew it had been a former gas station. My father had a station, so I guess you could say it’s in my blood,” Kalodimos explains. So, instead of “filling station,” it became a “filming station,” home to a video production company, and an ideal small venue for other creative types.

For more information or to book the venue, visit www.thefilmingstation.com. 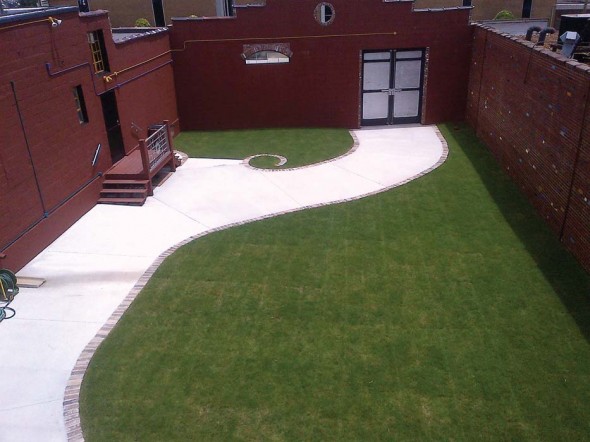