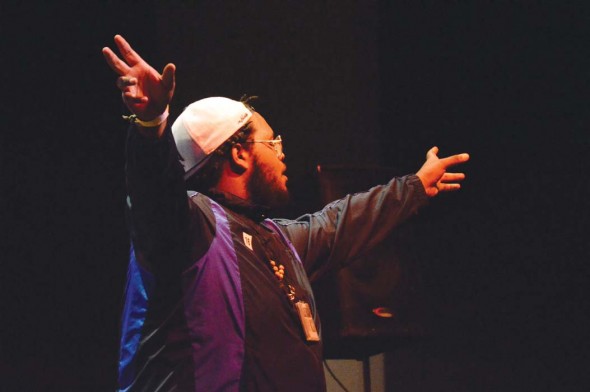 The auditorium is full of a very incongruous buzz: Naz and nerves and snapping fingers. This is a poetry slam, Southern Word’s annual State of the Word to be exact, and the room is a tsunami of hormones and tension and love. Most of all, love. If you’ve never sat for three hours listening to 13 to 25 year olds take the stage and share in 120 seconds the most intimate, disturbing, gorgeous, and powerful things in their lives, then you haven’t really allowed yourself to listen, to be vulnerable.

Lyrical poetry has existed for millennia; however, the modern form of spoken word blossomed during the Harlem Renaissance and expanded during Beat sessions in the 1960s. During the 1980s and 90s Def Poetry set a competitive framework to the genre giving rise to regular slams in most major urban areas. Southern Word has been cultivating the form and local writers since its founding in 2008. 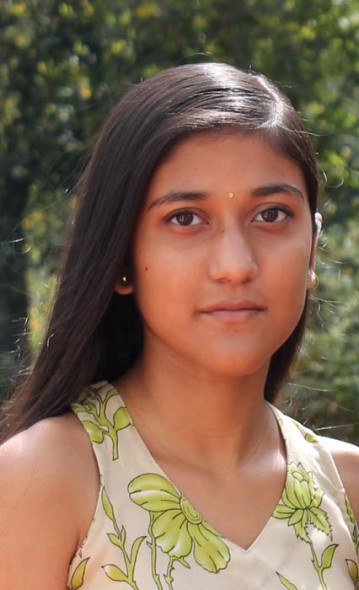 Young person after young person takes the stage, wrestling with lost love, Ferguson, domestic abuse. It is hard to listen sometimes; it is hard not to cry out in anguish or solidarity. So people do cry out and they snap. Snapping fingers is the universal language of love in a slam. You snap at a powerful turn of phrase or a difficult revelation or to help someone get through a moment where they forget their next line.

Most kids turn to poetry to wrestle with life. Some revel in the performance, others in reworking draft after draft until it flows off the page. Tonight, Southern Word is attempting something new. Three of the students taking the stage are competing for more than props. They are attempting to become Nashville’s first Youth Poet Laureate.

Following New York, Chicago, and San Francisco, Southern Word and its national sister, Urban Word, are on an evangelical mission to spread spoken-word culture and its raw love through programs like Youth Poet Laureate. More than a dozen contenders submitted work samples and school transcripts, and three have been chosen to share tonight. One by one, Cassidy, Lem, and Lagnajita take the stage and pump the room full of truth—racism, neglect, joy, power. Moments later Lagnajita Mukhopadhyay, a tiny ball of grace and wisdom, is selected as our city’s first ambassador of words.

When I ask her what she thinks about representing other students as a poet laureate, she says she can’t quite think. She’s shocked; her piece tonight is the first she has ever performed for a crowd. But she is no stranger to writing songs and poetry. In fact, her debut EP, Orange, is being released in just a few weeks. She is the antithesis of every pop culture idea of Nashville, and yet she is exactly Nashville.

She is a young, first-generation American and ready to make it up as she goes along. Her voice is clear and her ideas beautiful. I have no idea how she will transform a room the first time she takes the stage with elected officials and business reporters instead of fellow poets from Austin Peay and MTSU.

In my heart, I hope Lagnajita will transport our city to a place we need to go. That place is probably uncomfortable, perhaps sad, full of energy and, most of all, truth. This is what poets do—they lay us bare and rebuild us—individually and civically. I’m ready for the journey, one snap at a time.