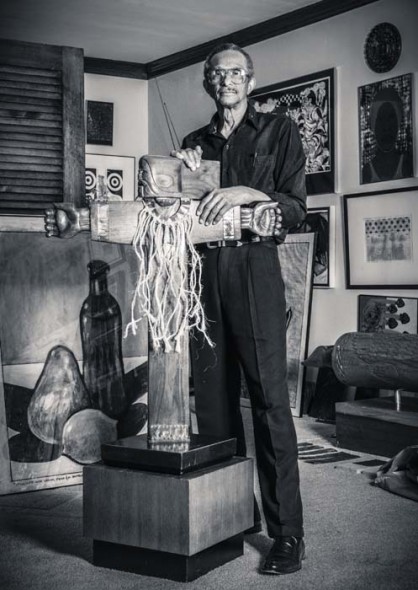 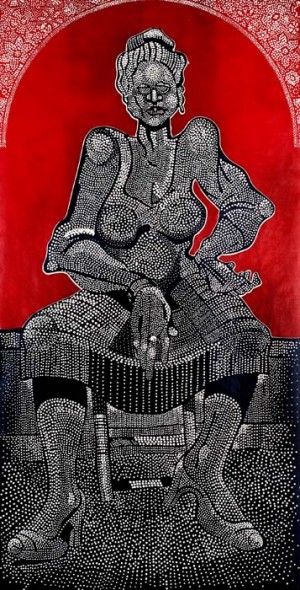 In 1924 Henry Ossawa Tanner, the first African American painter to achieve international acclaim for his work wrote about his religious subject matter. He explained that the most important goal of an artist’s effort should be “to try and convey to your public the reverence and elevation these subjects impart to you, which is the primary cause of their choice.”

Like Tanner, Nashville-based artist Ted Jones is a purveyor of reverence and elevation. Jones draws his inspiration from the wealth of human experience, specifically the black experience, and, more recently, Old and New Testament subjects. Over the course of his career, Jones’s work has made a transition from a racial discourse to a religious one. In his latest work, he reinterprets and modernizes iconic religious scenes, picking up a torch left by early-twentieth-century masters such as Tanner, Thomas Eakins, and Abbott Handerson Thayer. His earlier prints and paintings, which depict everyday life in the African American community, carry out a mission similar to that of artists like Aaron Douglas, Jacob Lawrence, and Hale Woodruff.

He works in a variety of media, largely focusing on copper repoussé reliefs, printmaking, painting, and wood sculpture. While his medium often changes with each new project, Jones has developed a signature graphic style that has carried on throughout his career. Curvaceous lines, bold figurative elements, rich detail, and an expert use of negative space can always be expected in his images. 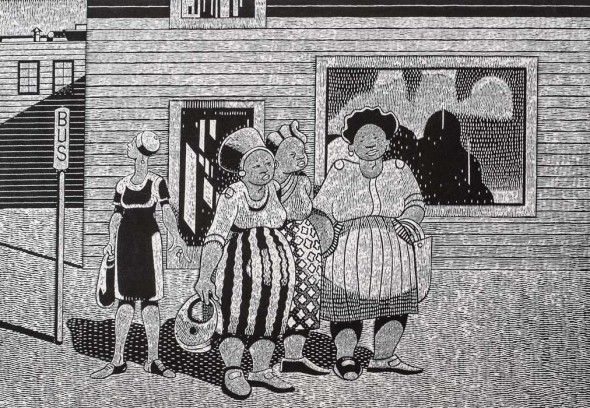 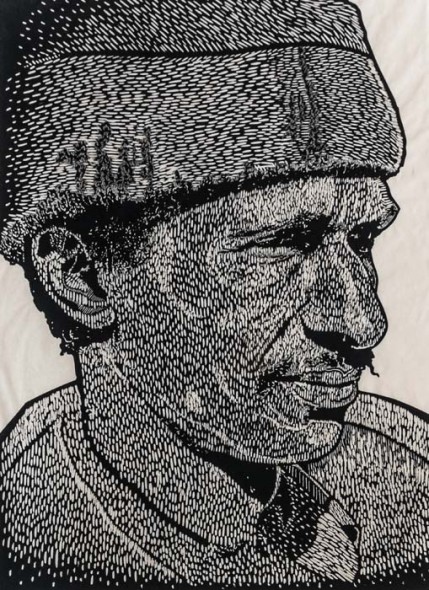 Charlotte Street Woman, a two-color woodblock print featured in the Tennessee State Museum’s 2014 exhibition, A Creative Legacy: African American Arts in Tennessee, is a prime example of Jones’s trademark style. A matriarchal figure illustrated entirely out of ornate stippling sits front-and-center on a simple chair. She exudes grace, power, and authority. The heavy red background draws all of our attention to the organic outline of the subject and creates an aura of divine femininity. The figure is voluptuous and her features exaggerated just enough to be emphasized without becoming caricaturized. She sits beneath a classic archway that harks back to ancient frescos and Renaissance portraiture.

The subject matter of his large-scale woodblock print Requiem Procession for the Young Brothers, which was included in last year’s Jubilee! exhibition at Fisk University’s Carl Van Vechten Gallery, is unapologetically solemn. It is an image about young black men dying needlessly and the suffering it causes within a community. While the message may hit the viewer with a heavy dose of solemnity, the beauty of his figures and the flawless composition transport us to a place of awe. 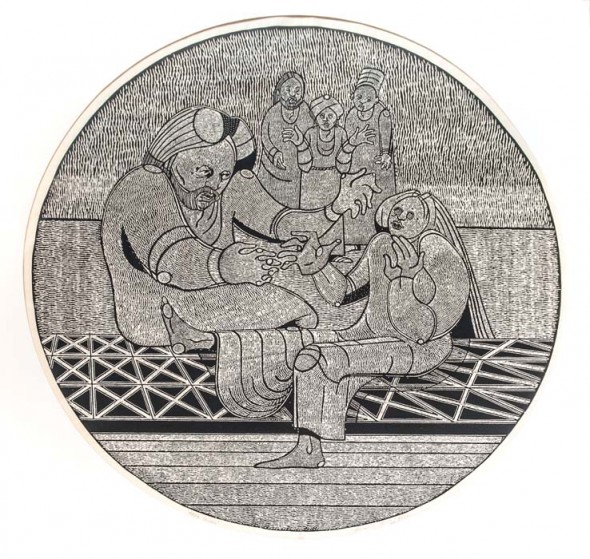 A tall man with a wiry frame, trademark  over-sized glasses, and a thick New Orleans drawl, Jones is a soaring presence whose ebullience rarely goes unnoticed. Referring to his studio as his “chapel” and his artwork as his “offering and prayer,” Jones has a distinct calling, divine or otherwise, to create.

Born in New Orleans, Jones studied art at Louisiana’s Xavier University, where he earned his bachelor’s degree. He went on to earn graduate degrees in art at Michigan State University and the University of Montana. Unlike many seasoned pros in his field, the years have done nothing to quell his spirit or his passion. Jones maintains that art should never be a chore but a source of joy.

Jones has numerous gallery and museum exhibitions under his belt, and his work is collected in museum, private, and corporate collections across the nation. Yet what is most inspiring about Jones is that he has figured out how to truly live the artist’s life. He has achieved something rare: a critical balance that has resulted in a life-long career of fervent, joyful art-making. Jones has lived and worked in Nashville since the 1970s, and to all those who are acquainted with him and his work, he is considered a local legend. 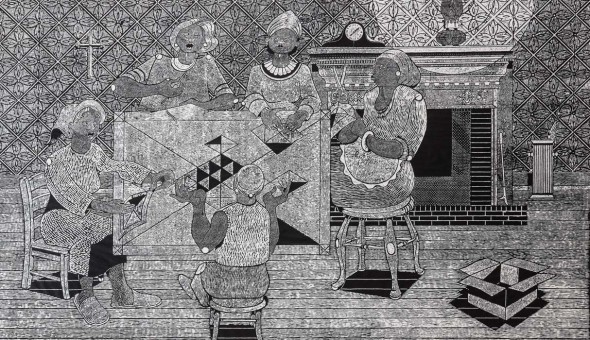 In addition to a busy studio practice, he has had a successful career as an educator. Currently a professor at Fisk, he has also taught at Tennessee State University and Florida A&M. Known for his straightforwardness in the classroom, his philosophy of art-making and teaching can be boiled down to three words: “Make good work.” He stands by it. He also stresses the importance of enjoying the process and putting your heart into whatever you create. “The process of creating art is where the fun happens.”

Jones’s work ethic and prolificacy are almost dizzying. Since the 1990s he has turned his attention almost exclusively to producing work, churning out dozens of new series and exploring new techniques. “If you’re going to be an artist, you’ve got to make work,” says Jones. “It’s that simple.” The key to his on-going, prolific practice is he doesn’t get too attached to the final product. He is quick to sell his work, donate it to institutions, or on some occasions give it away to friends and family. “The product is just a record or representation of what has happened, so I always look forward to getting to work on the next piece,” he said. 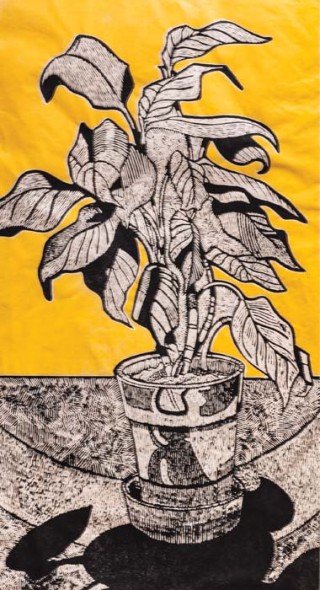 For the people who know him, Jones is somewhat of a mystic and a spiritual beacon. He’s the kind of person who doesn’t have to search too hard for transcendence because it’s always been in his shirt pocket. A true artist, Jones harbors a grand and peaceful acceptance of the way the world turns. With a smile and a shrug he says, “It is what it is.”