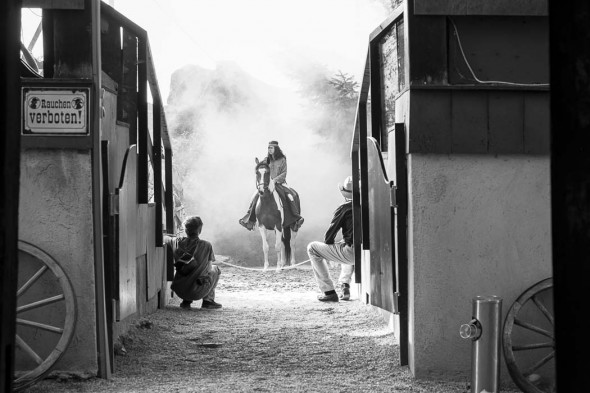 Once Upon a Time in the West brings together three photographic projects that explore the fact and the fantasy of the wild American West. For the three phases of this trilogy, Jeremiah Ariaz, Associate Professor at Louisiana State University’s College of Art and Design, worked on location in Tucumcari, New Mexico, the Almeria region of Spain, and locations across Germany.

He stumbled upon Tucumcari, New Mexico, which appealed to his connection to and affection for the American West. Tucumcari, he discovered, had been the setting for one of Sergio Leone’s films in his famous Dollar trilogy. The location portrayed is meant to be Tucumcari but is actually a train station in the Almeria desert in southern Spain. 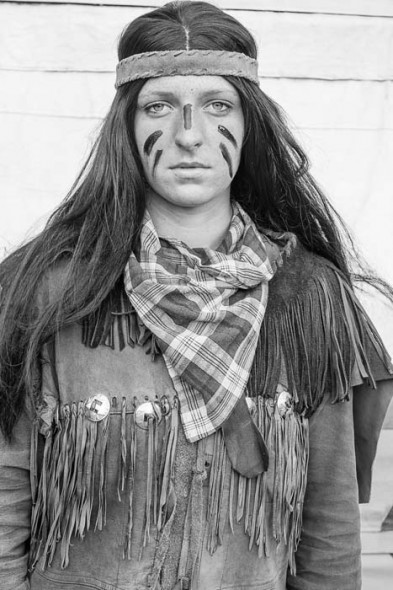 The barren landscape in the Almeria province was often used as a substitute for the United States in “Spaghetti Western” films, and three former film studios remain in the Tabernas Desert. Ariaz photographed these sets and locations used throughout the region. He also went beyond the sets and into the bars and brothels to get a glimpse of contemporary “western life” in Spain.

The third portion of the trilogy is set in Germany where “Indianers” reenact Native American dress and customs, and performers stage large theatrical productions of Western stories from German popular-fiction writer Karl May. 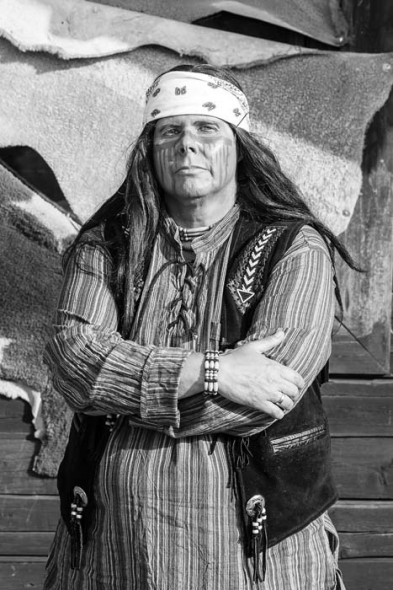 Together, the three phases of this trilogy present a modern-day Western where reality and make-believe merge, and specific locations become hard to pinpoint.

Once Upon a Time in the West by Jeremiah Ariaz opens at Zeitgeist January 3 with an artist’s reception from 6 until 9 p.m. The exhibit remains on view through February 28. For more information, visit www.zeitgeist-art.com. To see more of Jeremiah Ariaz’s work, visit www.jeremiahariaz.com. 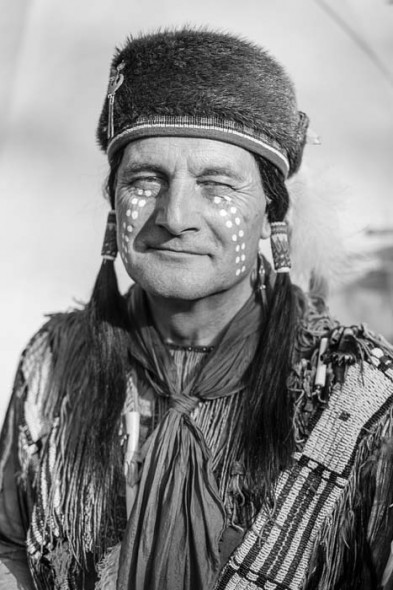