12th and Porter saw a lot of denim and leather at their Rock and Roll Bash February 25. Three nights before a change of ownership, 12th and Porter hosted four rock bands, each representing their own sub genre. The night opened with Megan Rüger, a straight up rock chick clad in leather pants and a blond Mohawk. Lizzy Hale would be proud. Next up were the southern rock contenders, NicNōs. Intertwining fiddle and guitar, NicNōs brought southern rock to the stage with a dash of psychedelic thrown in. They rocked the stage with their cover of Led Zeppelin’s Dazed and Confused. The Cunning, a bluesy, groovey rock band, closed the night.

Most notably on the stage was Secret Club, an energetic and gritty alt-rock band based in Nashville. The 3 piece band features AJ Babcock on bass and lead vocals, Nate Moran on drums, and Angela Plake on guitar and background vocals. If the Pixies started in 2012, this is what they would sound like.

Secret Club opened their set with their newest single, “Why Can’t Friends Kiss Just Kiss On The Lips Sometimes?,” a fun song that sounds like a co-write between Black Rebel Motorcycle Club and The White Stripes.

They kept the energy up with an upbeat alt-rock song and a dance-y tune that won’t leave anyone standing still. Fourth in the set was “Circle KKK,” a song about “falling in love with a white supremacist gas station attendant,” explained Babcock. And if that didn’t make it clear enough, Secret Club let everyone know how they operate with their song, “I Do What I Want.”

Secret Club is a solid alt-rock band with a carefree, garage band-esque attitude. They don’t care, but with their blend of Pixies, Ok Go, and Black Rebel Motorcycle Club, they don’t have to. With the right exposure, Secret Club won’t be a secret for much longer.

Check out a track now:  Why Can’t Friends Just Kiss on the Lips Sometimes? 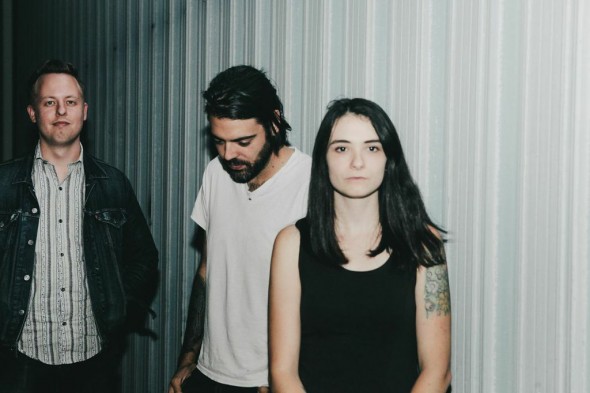