Doing Good is a local non-profit which celebrates people who do good. Its goal is to increase the number of volunteers for non-profit and government agencies. “At Doing Good, we think it’s important to be proud of what makes you and your community unique. That is why we are proud as residents of Music City to showcase musicians!” says Megan McInnis, founder and Executive Director of Doing Good. “Throughout our crowdfunding campaign on Indiegogo.com held April 1 – April 30, we feature one emerging artist per genre, and eight genres are represented. Plus, each artist not only supports this community but lives, works and/or records here.”

Debbie Cochran is a classic country artist (and the only country musician participating). Her main influences include Reba McEntire, Loretta Lynn and Kitty Wells. This grandmother is successfully, happily living her childhood dream with fans and radio stations across the country. She is award winning, having recently been recognized with an honorable mention from the Singing News as a Top New Artist of 2014. When not on stage, she travels the world with her husband, Elmer, in their RV.

Molly Sue Gonzalez is a strong, young woman whose songs tell stories of family secrets, domestic violence, female empowerment, romantic hope and lost loves. Her rockabilly coalesces classic country with soul that makes vintage feel new again. Her rich, formidable voice has a lyrical swagger, and she is often compared to Patsy Cline. Her voice and her Bettie Page look combine to produce a subtle power and evoke emotional journeys.

Tom Shinness has music being used in massage therapy studios around the world. His music has also been on NPR, NPT and

nationally televised commercials. Representing new acoustic music, this multi-instrumentalist is as comfortable with a traditional guitar and piano as with a 16-string guitar, cello and didgeridoo. He has performed in concert halls, art openings, weddings and festivals and often tours with his daughter Jasmine – making new acoustic in Nashville rooted in family values.

Shaun Murphy’s vocal beginnings were in Motown and Motor City. Now in Music City, she is considered a living legend of the blues. Her idols include Koko Taylor, Etta James, Big Mama Thornton and Big Maybelle; and, she has shared the stage touring with Eric Clapton and Bob Seger. She was awarded the Best Female Blues Artist Of The Year award at the 2013 Bluesblast Music Awards as well as Best Contemporary Blues Album Of The Year for “Ask For The Moon”. She recently released her sixth CD, “Loretta”.

Located in the heart of the Bible Belt, Christian music is serious business in Nashville. Dr. Naima Johnston Bush is a Christian recording artist, author, educator and minister who travels nationwide. She attempted suicide at 14, was sexually assaulted as a teenager, was told she wasn’t good enough to sing at 18, struggled with eating disorders during college, was abused by her boyfriend at 22, saved by grace at 24, was broken hearted and desolate at 30 and became a full-time minister and recording artist at 32.

Lisa Aschmann, a singer-songwriter, has over 300 placements in film and television, 10 albums and over 750 recordings by talent too numerous to name. She represents Americana in the Doing Good campaign, yet she gracefully moves from Americana to folk, R&B, jazz, gospel, country, pop, gospel, country, bluegrass, Latin and Celtic-inflected music as well as rock, rockabilly, Cajun, classical and Calypso. Her background as a physicist brings unusual depth of insight and connection to her style regardless of genre. 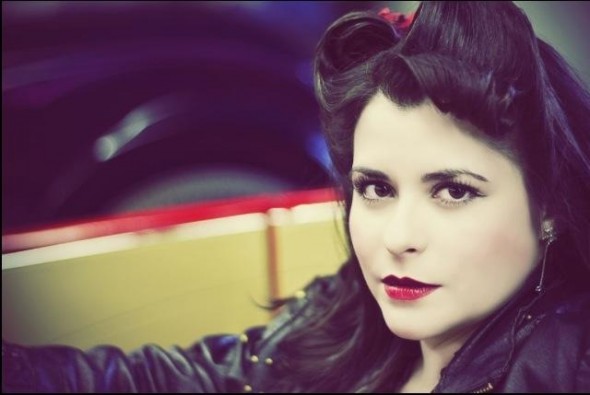 The only band featured in the Doing Good campaign, We Are The Finale represents alternative rock. This insightful six-piece band explains themselves in the meaning of their name. We Are The Finale states carpe diem – that regardless of who, what or where you are, today is the ultimate day for each person to be present, ready and willing to give – a rival approach to stereotypical alternative rock!

Debbie Cunningham is a local jazz talent with a soulful and sultry, elegant and sophisticated sound. Originally from Pennsylvania, Cunningham moved to Nashville with her high school sweetheart to pursue her musical career and considers it as her adopted hometown. Committed to this community, she supports Shared Hope International and Samaritan’s Purse among others. An inspiration to many, she says, “You have to start from somewhere and where you currently are…is just fine.”

To participate in the Doing Good campaign, visit Indiegogo.com and search for the Doing Good TV Show. Donors of $50 or more receive original songs donated by the artists in support of volunteerism throughout the 14-county area. For additional information on Doing Good, visit DoingGood.tv or friend, like, follow or pin Doing Good @DoingGoodTV.