Pop-Punk band, Grayscale, reigns in Pennsylvania, but their connections spread farther than that. With a drummer studying at Belmont University and a manager from the United Kingdom, it is no surprise that Los Angeles record label, Anchor Eighty Four, recently welcomed them and expanded their reach even more.
On March 2, they officially announced that they were joining the Anchor Eighty Four family, and with this signing came an outpour of support from their existing fan base as well as a promise of what’s ahead. “We’ve gotten a lot of positive feedback about the signing,” said Nick Veno, drummer. “People are finally starting to care about us and our story. They’re getting into Grayscale.” 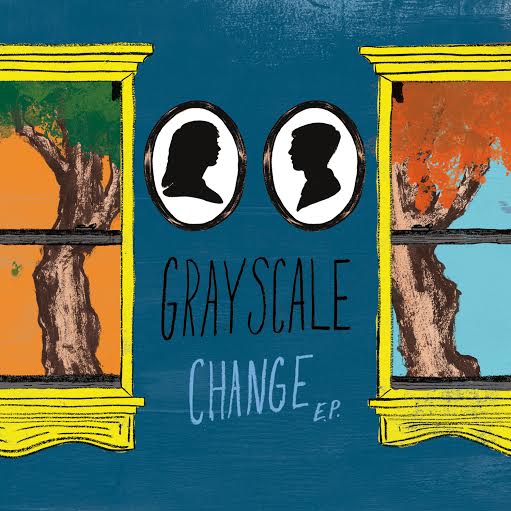 Grayscale first formed in the summer of 2011 when a high school band involving Singer Collin Walsh, Guitarist Dallas Molster, and Drummer Nick Veno split apart. The three of them stayed together and joined with Derek Parker on bass and Andrew Kyne on guitar to create Grayscale just in time for Veno to move to Nashville, TN and study music business at Belmont University.
The distance gave Grayscale a bit of difficulty when writing and recording Leaving, which was released in June 2013. The process consists of sending demos back and forth from Philadelphia to Nashville for a few months before deciding what’s included in the final product. The same process was used when writing for their upcoming Change EP, which comes out on April 14. Grayscale has always been stretched far, but that has not stopped them from reaching success.

“I don’t regret coming to Nashville,” said Veno when discussing the difficulty in balancing school and recording. “I want to eventually come back with Grayscale full time.”

Touring is the band’s next step, and plans are in the works to play this summer alongside the release of their full-length album, What We’re Missing. With their reach across North America, Grayscale would like to connect the dots in the middle, touring the southern states and eventually the West Coast. With the new label and music coming out, the band will make their marks in more and more places, and luckily, Music City is on their list.
To learn more, check out their Facebook, Twitter, Instagram, and follow them on Snapchat at “Grayscalepa.” And don’t miss their new song “Say Something,” which just dropped last week.