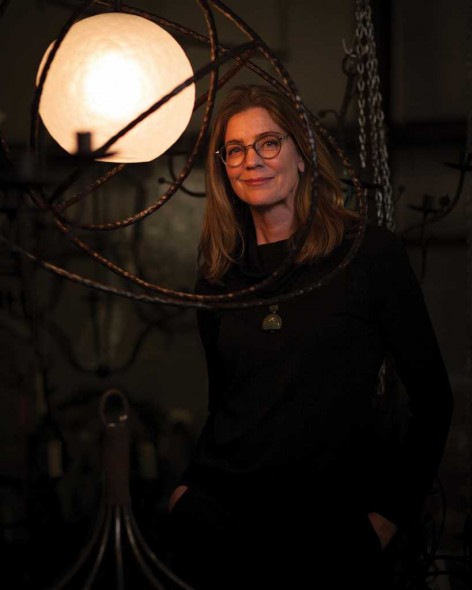 Forged by a Creative Community

Preparing for this story, I had no idea the humble fax machine would play such an important role, and yet, without it, the partnership between designer and President Karin Eaton and Pierre Picard, a master blacksmith with a fax machine, might not have come to be. That, and Karin’s fluency in a second language (French), which she was quick to point out is an indispensable skill. No surprise then that collaboration and communication are key principles marking the success and longevity of Ironware, the transatlantic company whose nuts-and-bolts name gives only a hint of what you might expect before walking through the door.

It began with a shared passion for art and design. The original forge was founded over fifty years ago in Normandy by master blacksmith Pierre Picard. Fast forward to the 80s in Nashville, where Karin Eaton has opened a French antique store in Hillsboro Village with her mother and sister after having lived and worked in Paris as a fashion model. On a fortuitous buying trip to France, Ms. Eaton spotted the unique ironwork of M. Picard. After hours of conversation, some test marketing in Memphis, and with the encouragement of her husband, an exclusivity contract was signed. Today, Atelier Picard in Normandy is run by second- and third-generation family blacksmiths Thierry and David Duboscq and is one of only twelve forges designated by the French government as an “Atelier d’Art.” The Nashville studio, located on the edge of the Berry Hill neighborhood, is almost as rich in tradition, with a staff of trained artisans and administrators that function like a close-knit family—some of whom have worked with Karin for over seventeen years. 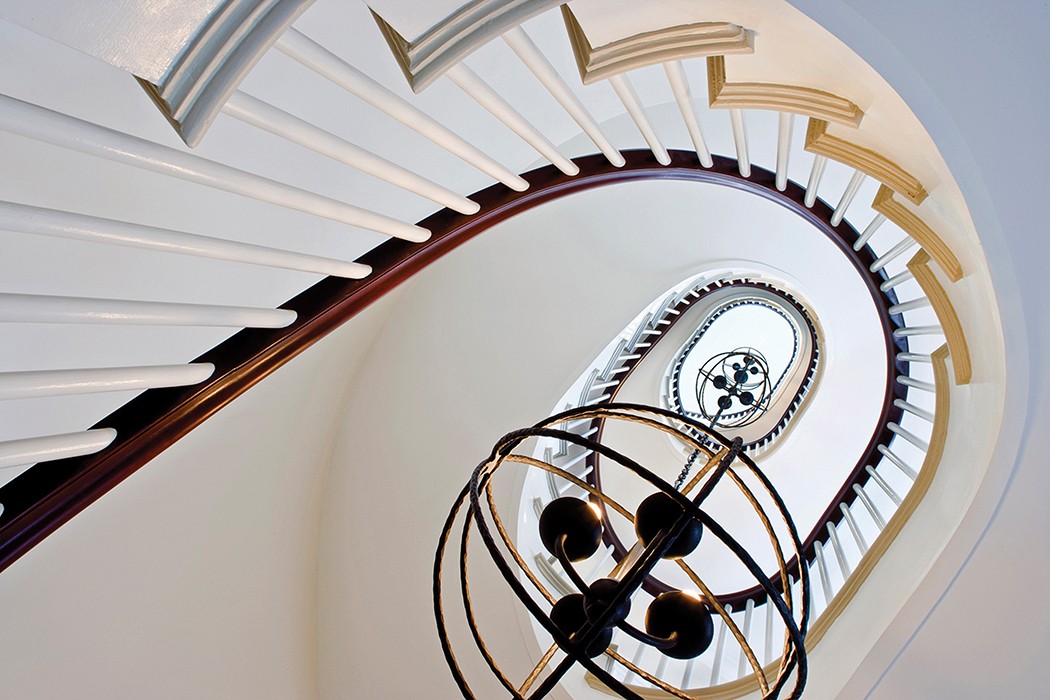 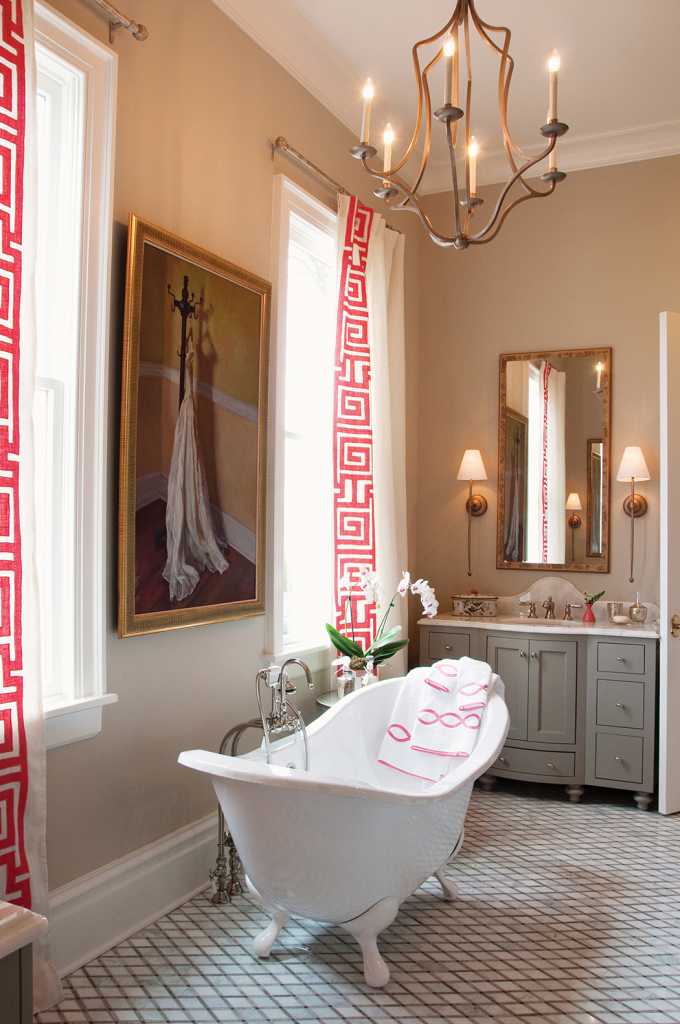 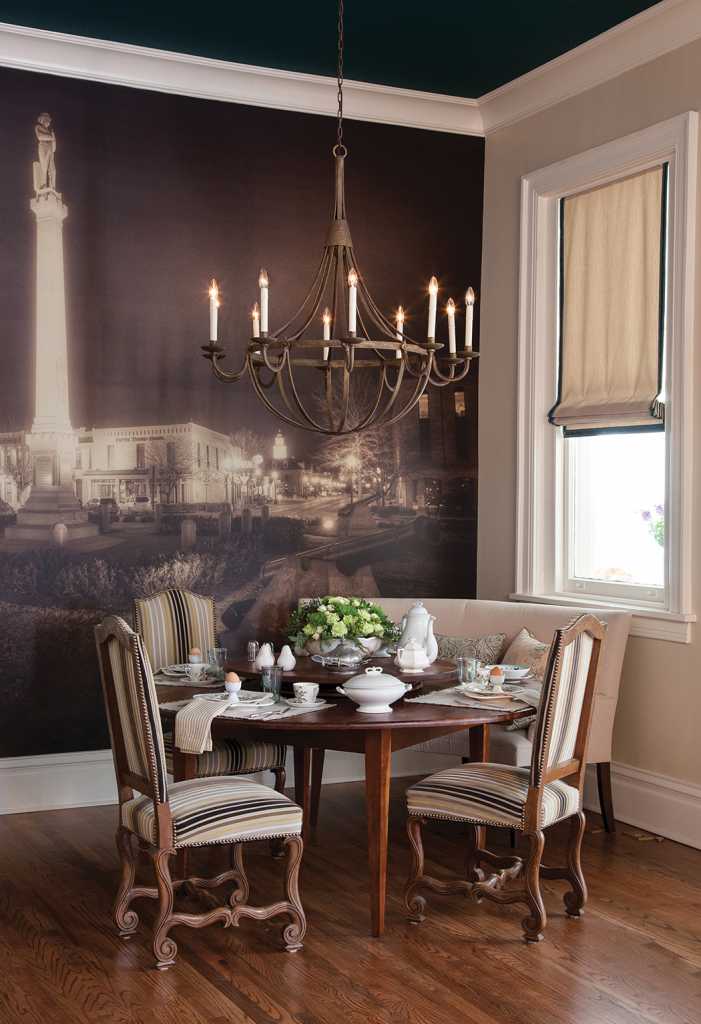 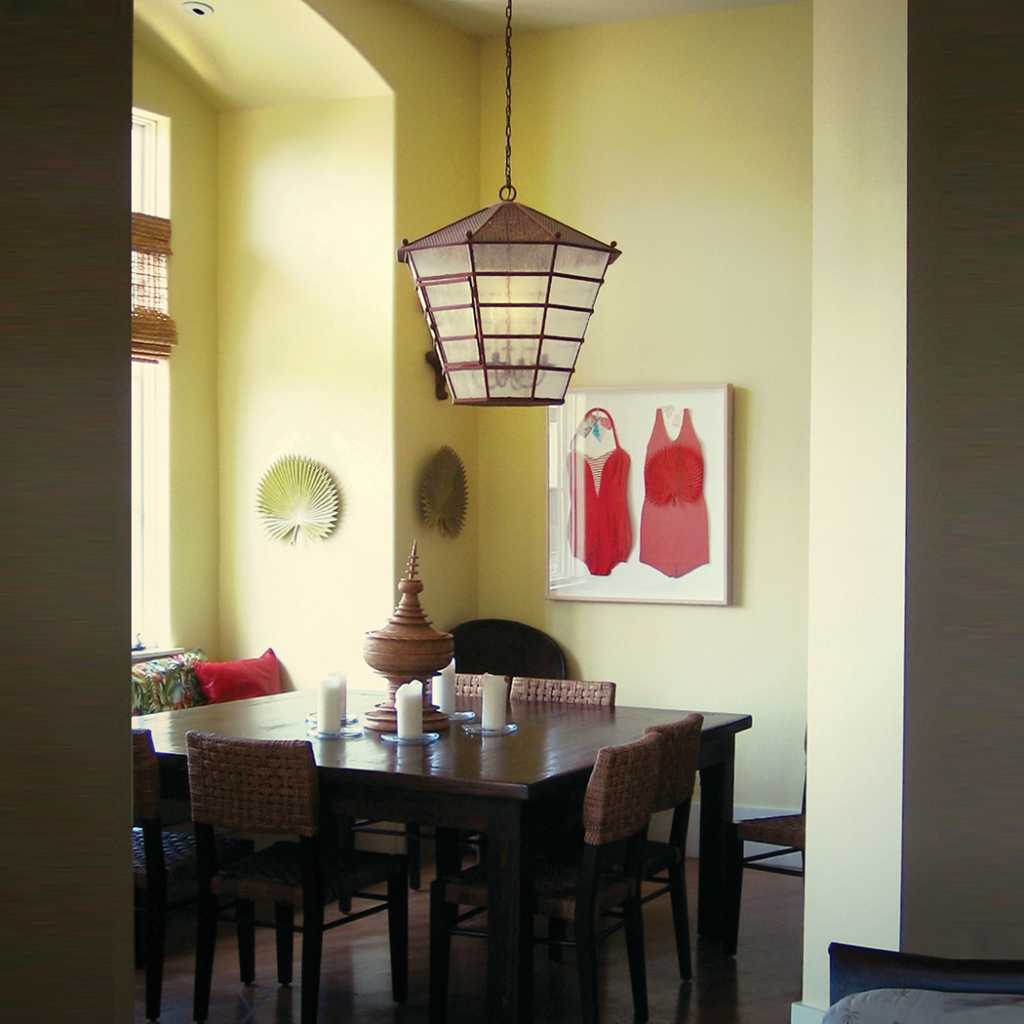 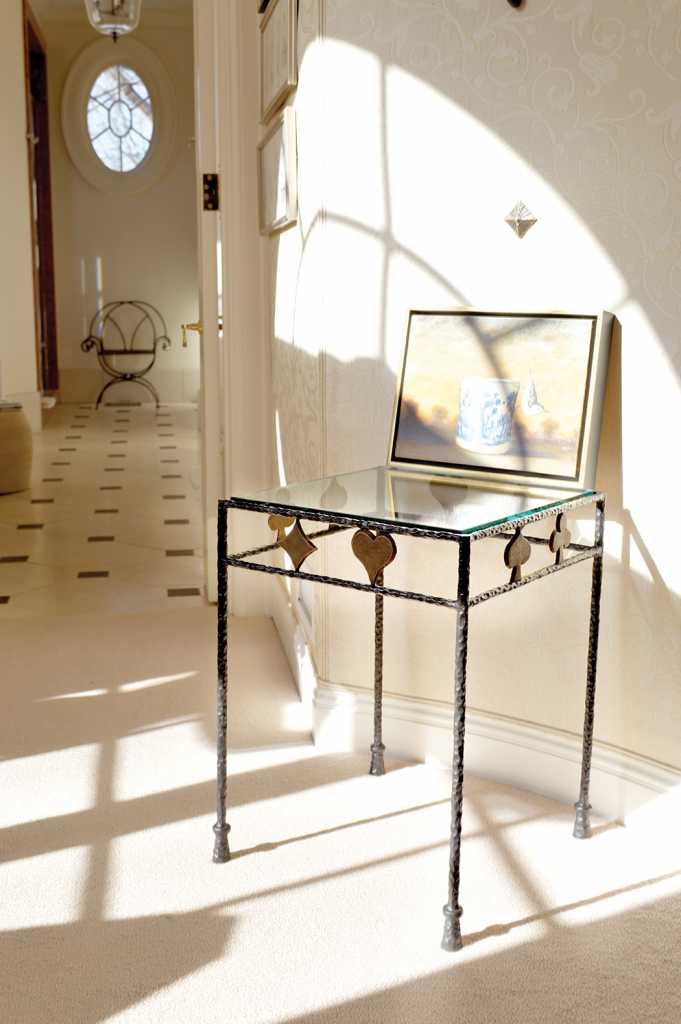 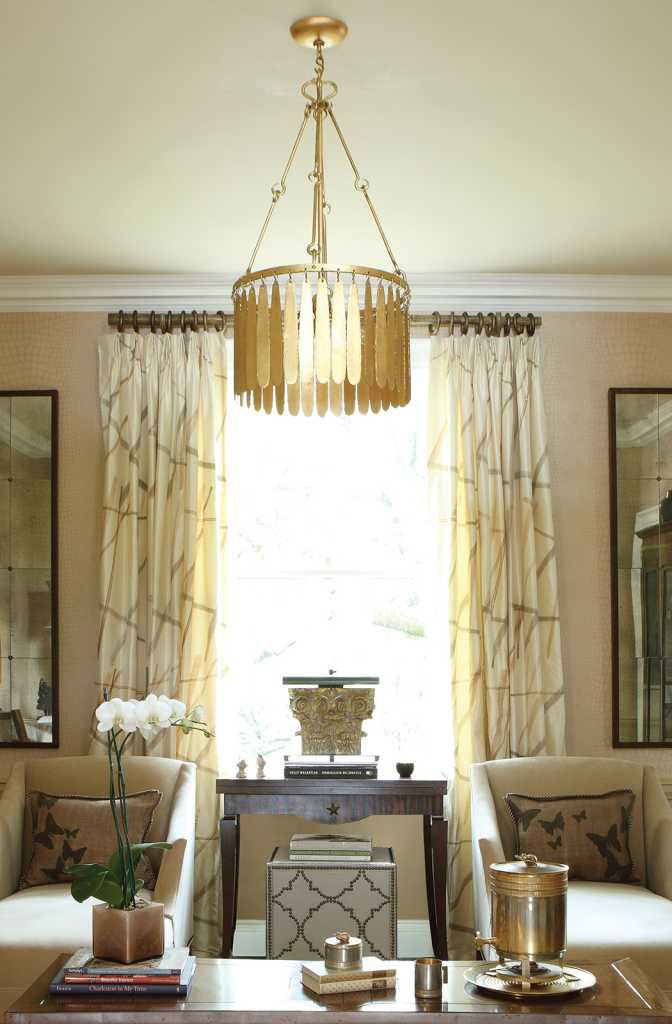 The first Ironware collection in 1988 was based on M. Picard’s unique interpretation of traditional European and Provencal designs. Since 1991 Karin has added to the collection with her own designs. She builds on the skills of these remarkable blacksmiths and incorporates simple forms to produce a contemporary approach. The demands of architects and interior designers for custom work create a collection that is constantly changing. Among some of the current designs being hand-finished during my tour were several chandeliers and a gorgeous lighting fixture with a hand-blown glass orb designed by nationally known glass artist Curtiss Brock, who also heads the glass program at the Appalachian Center for Craft in Smithville, Tennessee. Lanie Gannon, an artist in her own right and a name familiar to the Nashville arts community, has been influential in designing many of the custom finishes that the company is known for producing.

Before arriving in Nashville, each piece is hand forged one at a time in a small village in Normandy. The first 878 designs were M. Picard’s. The most recent 200-plus designs are the result of Karin’s passion for collecting images and objects that inspire her. A background in art history and anthropology comes in handy as well. She credits her studio manager with being a brilliant draftsman who helps perfect her designs before they’re sent to France. At the Atelier Picard, second-generation blacksmith Thierry Duboscq works on the prototype, emails photos to Nashville, and through correspondence, nuances of the design process are worked out. The prototype is then shipped to Nashville where adjustments are made, if needed. Before being added to the collection, pieces often undergo further scrutiny in the form of feedback from employees as well as artist friends and showroom owners across the country. Before leaving the Nashville studio, each piece is stamped with the signature of the Atelier Picard. 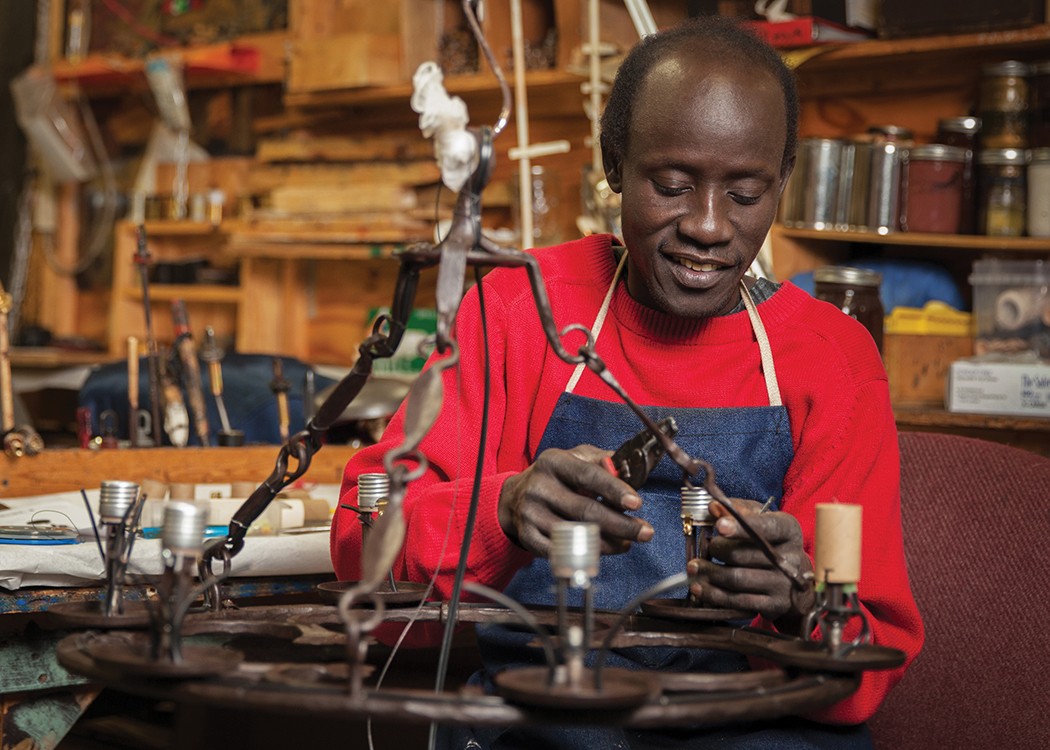 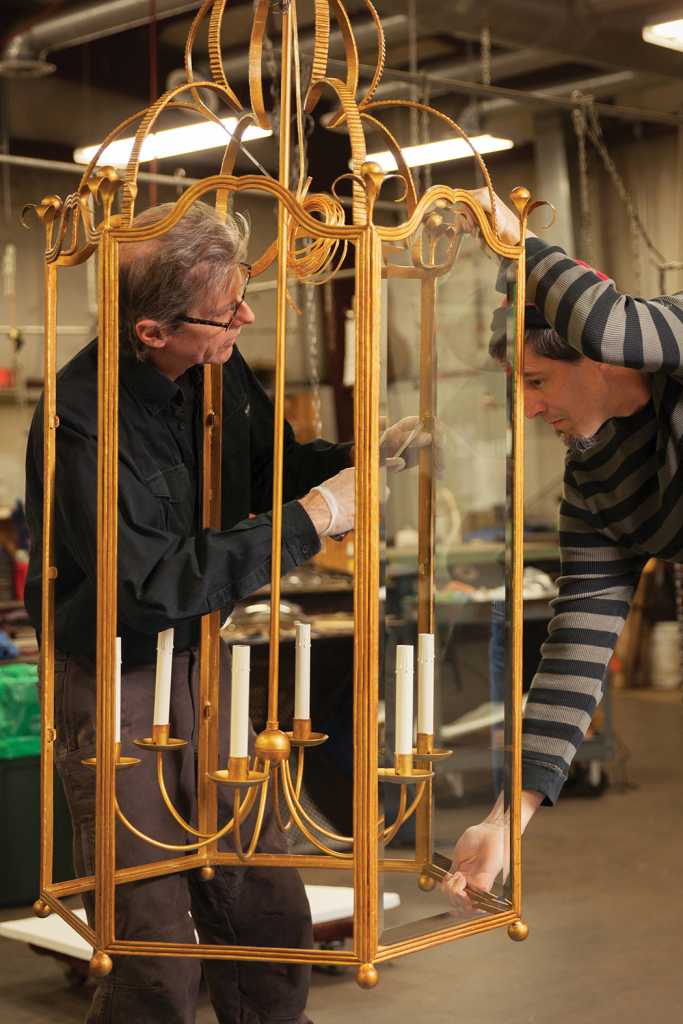 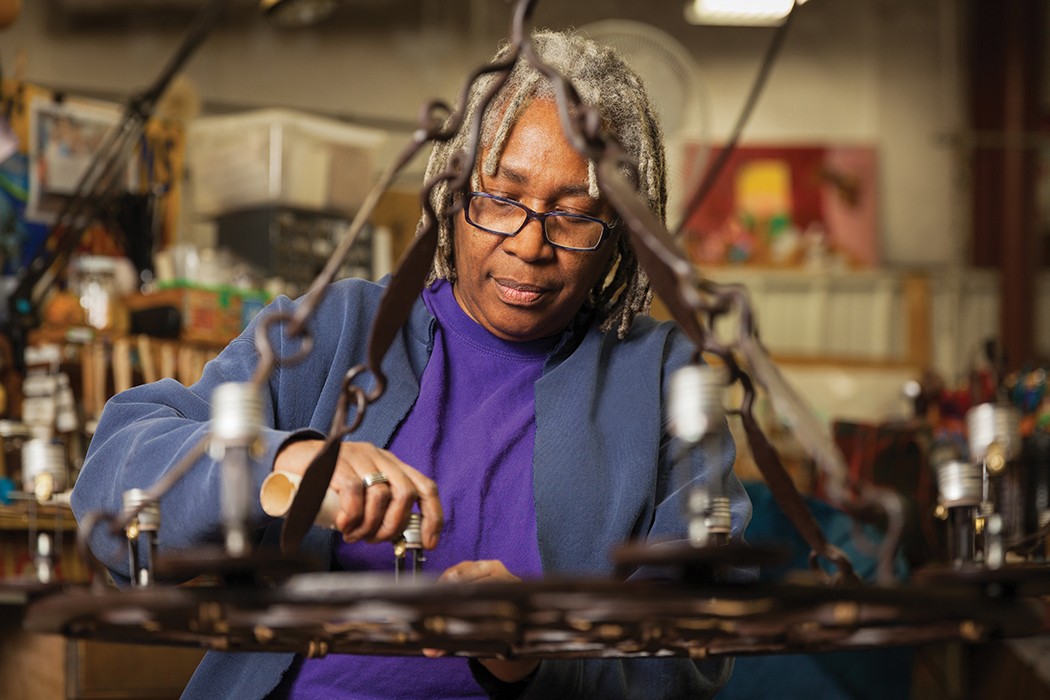 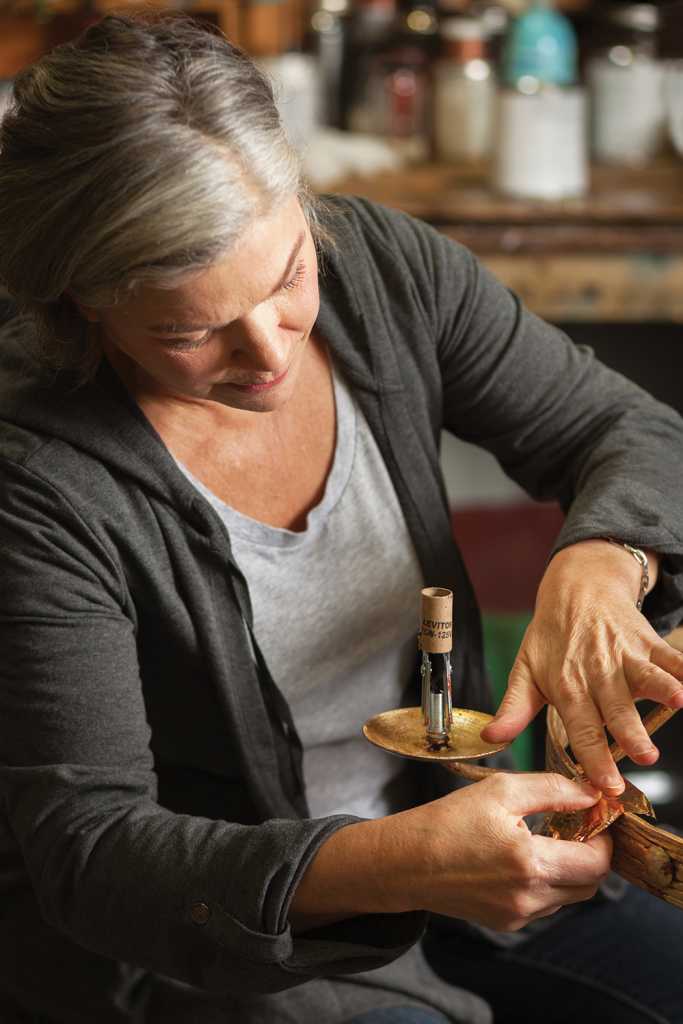 Throughout our discussion, Karin’s enthusiasm and respect for the collaborative process is evident: “Each piece has so much physical connectivity to individual intelligence and ability,” she tells me. “It’s people’s lives.” In a short treatise she has written on art and design, Eaton says, “The major formative and continually inspiring source for my work is the creative spirit of M. Pierre Picard. Working with him has taught me the importance of taking pleasure and finding humor in the process of creation. This makes doing the work a solace for the soul.”

Pierre Picard, the master blacksmith who, over twenty-seven years ago, was the first person in his small village with a fax machine, just recently passed away. No doubt the spirit of his work will live on through the creative vision of Ms. Eaton and the community of uniquely skilled artisans working at Ironware.

Visit www.ironwareinternational.com for an online catalogue and more information about Ironware. 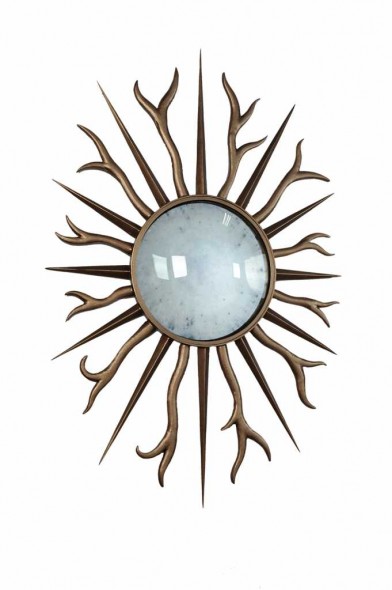