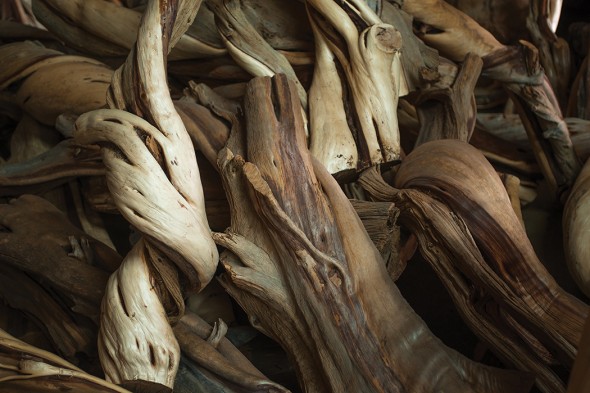 Across from 3rd and Lindsley and behind a rather ordinary-looking facade, wooden works of wonder are being crafted by Kelly and his team of master woodsmiths. Come on in. 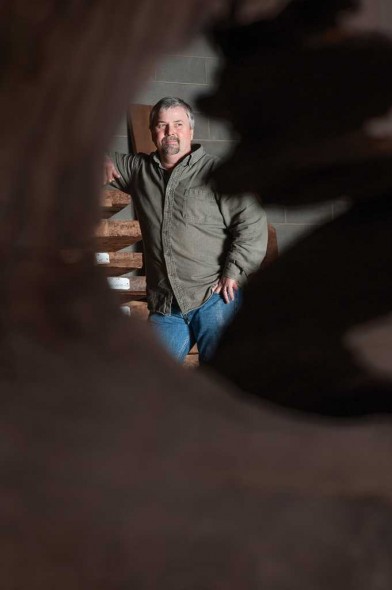 The name Littlebranch Farm might be a little misleading. After all, it conjures a pastoral picture—grassy pastureland, maybe a weathered barn. In fact, this Eden lies behind showroom doors at 901 Second Avenue South in a cavernous workspace where Kelly Maxwell spends a lot of his time. Today, he’s stirring a pungent resin epoxy mix, his hands sheathed in blue rubber gloves. Once it’s ready, he’ll pour it into an indentation in the big hunk of redwood before him and then smooth it out so that it blends into the finish of the bar top it will soon become.

Eight pieces of furniture stand nearby, in various stages of progress. These range from small, buckeye-burl end tables to a lace-burl redwood bed with a headboard that stands nearly seven feet tall and fans out like petrified feathers from a prehistoric ostrich. When finished, it’ll be shipped to a buyer who wants to install it in his new house on Lake Tahoe. (Purchase price: $10,000.) Further, against the back wall, more than five hundred pieces of raw wood—old-growth redwood, cypress, big-leaf maple, Western juniper, walnut burl—are air-drying on massive metal shelves.

Maxwell’s love affair with wood began with the wedding of his elder daughter, Cathy. “She asked me if I could build her some furniture. I said, yeah, I think so. I didn’t have any tools at the time. I couldn’t even cut a straight line. I couldn’t use a hammer. That’s why I’ve got a flat thumb now,” he said with a laugh, holding up the pancaked digit. “But I picked up some wood from the forests around our property in Hamilton, Georgia. Then I built some furniture.” 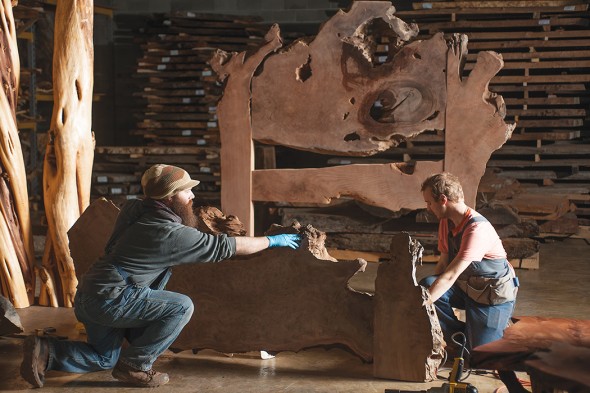 People took notice. Maxwell’s boss and best friend persuaded him to take some of his creations to a craft show. Every piece sold. Without any formal training, sharpening his skills through trial and error, he built some more, set up a website, and, most important, discovered something valuable about who he is.

“I didn’t know that I had any kind of aesthetic sense,” he says. 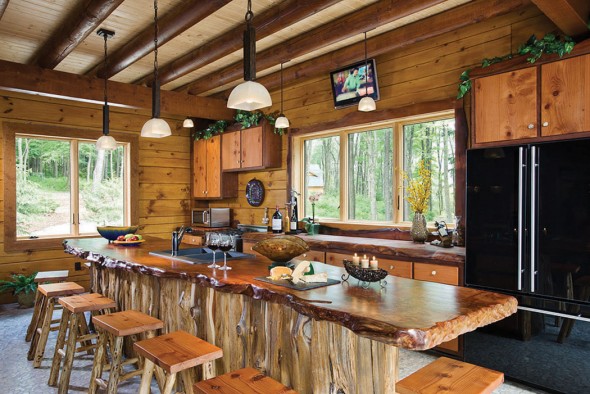 “I was perfectly content as a paramedic. But I retired my paramedic license about two years ago because I’m so committed to this.”

When his wife, also named Cathy, found work as a nurse in Nashville, they relocated. Though they miss their old sixteen-acre spread at the foot of Georgia’s Ross Mountain, Maxwell insists that the move has opened several doors, not just toward new customers but also into a network of like-minded visionaries. 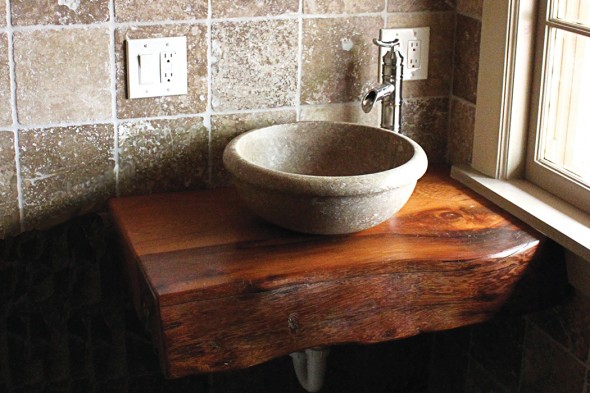 “It’s great because, number one, Nashville is a central hub. Since we came here, several clients now fly regularly into town just to look at pieces of furniture in the gallery here. There’s also a large community of local artists. For example, I’ve started working with Red Tail Forge Works (in Fairview, Tennessee). The blacksmith there, Anthony Martin, does phenomenal work, and we’ve done a mantel and a couple of tables together.” 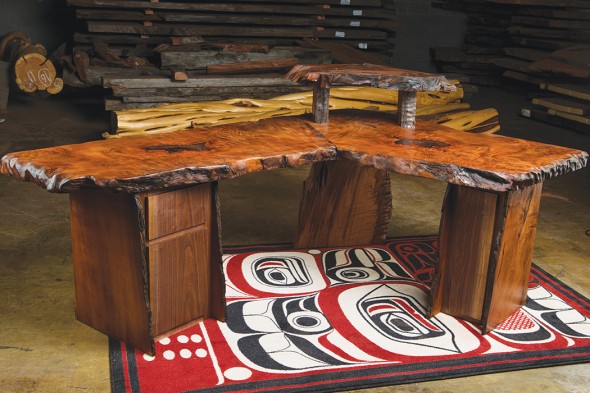 The Littlebranch look can fit into a room whose look is more modern than rustic. “It’s pretty common to have a room that’s totally black and white,” Maxwell observes. “But if you add buckeye or redwood or black walnut, it softens everything. It makes the room a lot richer, a lot warmer. It’s like a ray of light shooting into a sterile environment.” 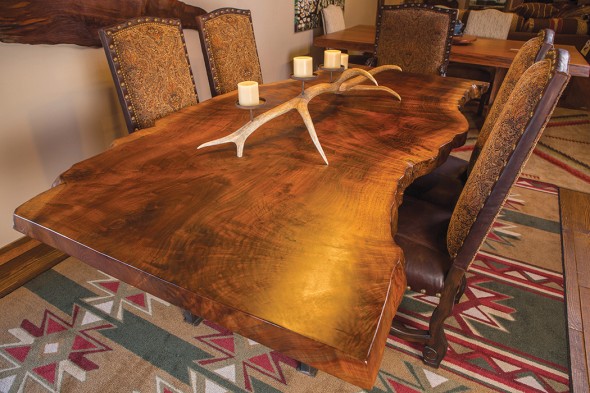 He pauses, smiles, and adds, “Of course, there’s nothing wrong with a sterile environment.” Nothing at all—especially when it is brought to life by elements made from nature, with skill and above all with love. 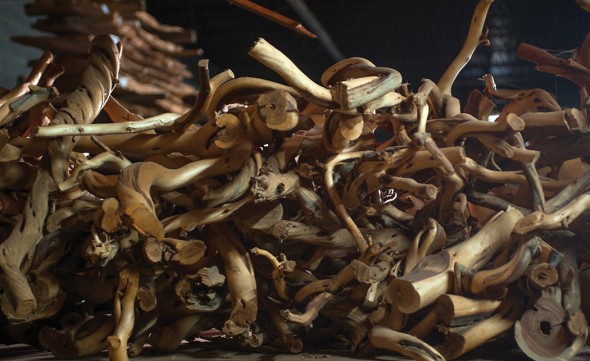