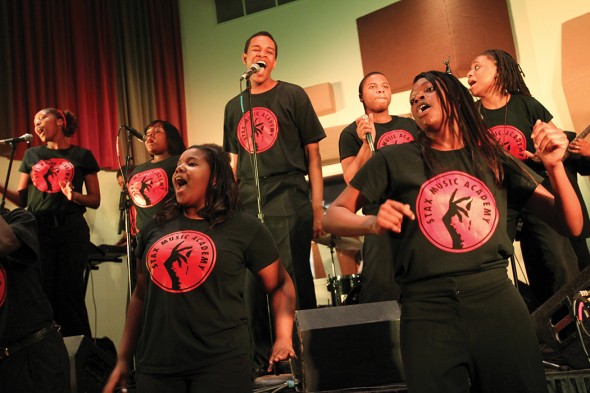 On a 2011 Summer Soul Tour to perform at New York City’s Lincoln Center, Stax Music Academy students perform an impromptu number on Broadway, after performing backstage at the famed Shubert Theater for the cast of MEMPHIS, the Tony Award-winning musical. Courtesy of the Soulsville Foundation

A charter school and an after school academy targeting at-risk youth are having remarkable success in South Memphis. And it all started with music.

During a 15-year run in the 1960s and 70s, Stax Records scored more than 167 songs on the Top 100 pop charts and an astonishing 243 hits on the Top 100 R&B charts. It was responsible for launching the careers of many iconic singers, including Otis Redding, Isaac Hayes, Booker T. & the M.G.s, Sam & Dave, Albert King, and the Staple Singers. However, in the mid 1970s Stax suffered the blow of the recording industry boom and bust, ran into financial difficulties, and its doors were closed. 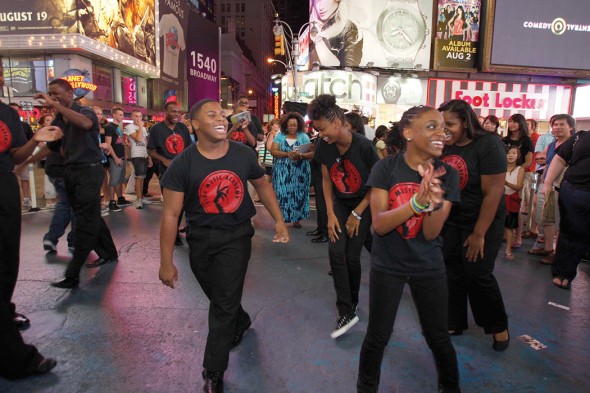 On a 2011 Summer Soul Tour to perform at New York City’s Lincoln Center, Stax Music Academy students perform an impromptu number on Broadway, after performing backstage at the famed Shubert Theater for the cast of MEMPHIS, the Tony Award-winning musical. Courtesy of the Soulsville Foundation

In the late 1990s, a group of concerned Memphis citizens, including Deanie Parker, music executive for Stax Records who later became the President and CEO of the Soulsville Foundation, created the Foundation with the mission of opening a museum to preserve the legacy of Stax Records and a music academy to see that the tradition and Memphis sound would live on in future generations.

In 2000, the Foundation launched the Stax Music Academy to provide the area youth the opportunity to develop their music capabilities, gain performance experiences, and carry the torch of soul music. Most children come with little or no music experience. The Academy has an after-school program that operates during the school year, as well as a four-week summer program. 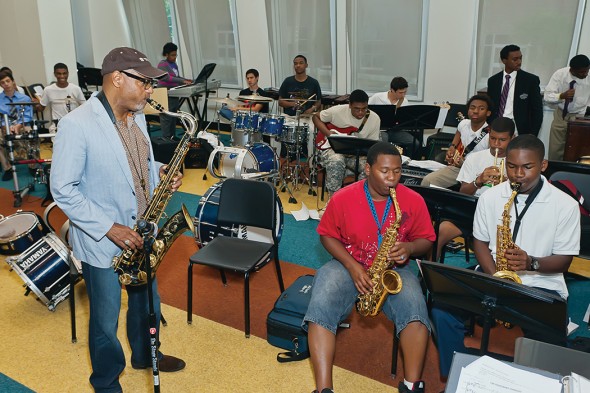 “The needs were so enormous for the children in this community that we decided to open the Stax Music Academy first,” says Parker.

Then, in 2003, the museum opened to preserve the legacy of Stax, and in 2005, the Soulsville Charter School was opened to “prepare students for success in college and in life in an academically rigorous and music rich environment.” 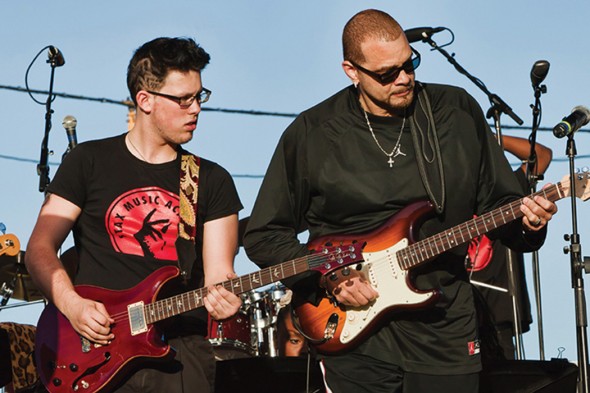 Both the Music Academy and the Charter School are successfully reaching the South Memphis community and have made measurable impacts. The school currently serves 626 students in grades 6–12, and of the four classes that have graduated thus far, it boasts a 100 percent graduation rate and 100 percent college acceptance rate. Collectively, the graduating seniors have received over $20 million in grants and scholarship offers.

Today, thanks to Stax and its legacy, Soulsville youth are developing their academic and music potential; a community is being revitalized, and the Memphis sound lives on. 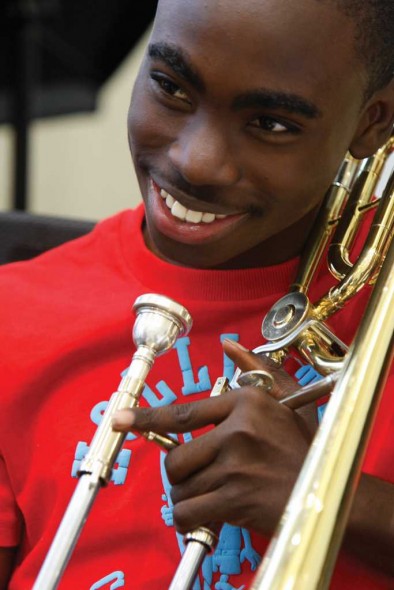 Stax Museum of American Soul Music was a recipient of a 2015 Arts Leadership Governor’s Arts Award. For more information about Stax, the Soulsville Charter School, and the Stax Music Academy, visit www.soulsvillefoundation.org.