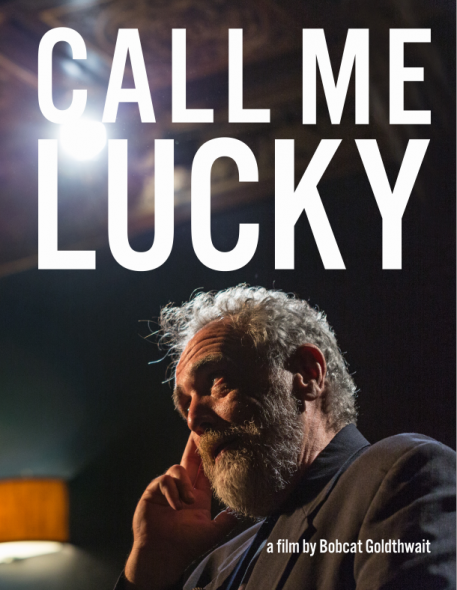 The importance of the “joke” is to help bear the pains and tragedies thrown our way in life. The ability to overcome said pain comes from a re-channeling of negative energy into something positive.

Call Me Lucky, a documentary by comedic peripheral-visionary Bobcat Goldthwait, tells the unheard story of Barry Crimmins. Crimmins was a rising comedy star of the early 1980s who paved his own way for standup entertainment by booking shows that would launch the careers of many of today’s recognizable comics. Known for his sharp, angry wit and educating club audiences to the intellectual crimes committed by society and the government, Crimmins own personal trauma made itself publicly known in a bombshell confession. Words turn to action in later years, however, when Crimmins later switches audiences, going into the world of advocacy for a problem previously unheard of in the days of the world wide web.

For me, this is easily one of the best documentaries of the year. It’s a fresh welcome to a satirical mind who was so far ahead of the game that they might have to change the rules because of him. Goldthwait wondrously mixes archival footage with zany animated sequences, present day scenes, and interviews that pop right from the screen. The story changes emotional frequencies several times, effecting hysterical laughter, core-wrenching shock, and finally a cheering for the underdog.

This seems to be the best time to tell a story like this. The performers whose careers were launched by Crimmins are now big enough to carry the necessary gravitas and “return the favor” to their backstage father figure. But audiences are also at a point where the significance of the internet and the ability to balance starkly different emotions become recognized. It also helps that the film’s director got his start as an entertainer, bringing a history and respect no one else could pull off.

Initially funded by the late Robin Williams, the film features a phenomenal post credits cameo on top of interviews with Steven Wright, Margaret Cho, Marc Maron, Patton Oswalt, and countless other notables of the comedy sphere. It’s a must-see film for even casual fans of the joke. Highly recommendable.

For more information about Call Me Lucky visit the film’s website.